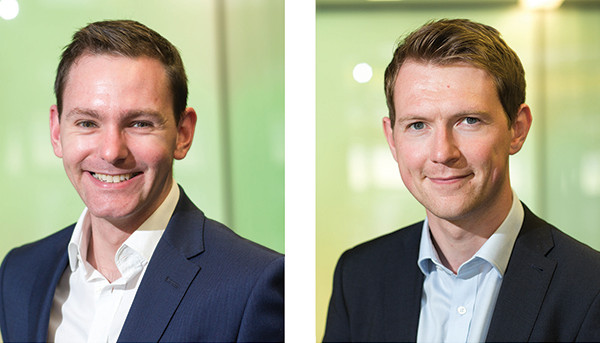 MBM Commercial LLP has announced a series of promotions and appointments in its Edinburgh headquarters.

Corporate lawyers Alex Lamley and Craig Edward have been promoted to director and senior associate respectively.

Meanwhile, Harry Martin has joined the firm as an associate in the employment team.

Mr Lamley joined the firm in 2017 and has been involved in many mergers and acquisitions, equity and debt financing including SEIS, EIS, bond issues and IPOs.

He also acts as MBM’s Converge Challenge champion, providing useful tips and guidance to new start-ups. He recently passed the final exam for admission to the New York Bar.

Mr Edward joined MBM in early 2018 and has been working in the corporate team on many transactions, gaining significant experience in advising early stage and high growth companies.

Ms Donald has been busy adapting the firm’s business development strategy to work in the current environment, including the introduction of webinars, supporting other virtual events and improvements to the firm’s online presence.