Judge in his own cause 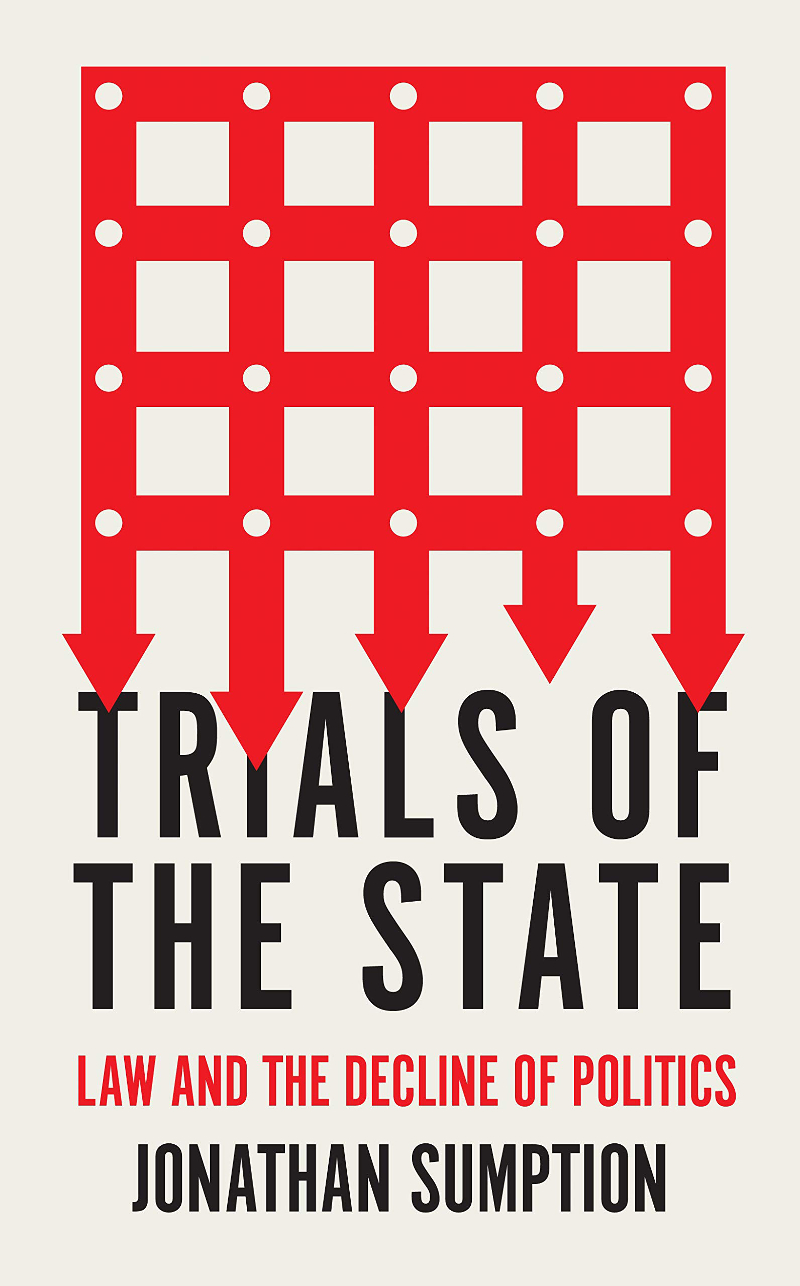 SLN’s editor reviews Trials of the State: Law and the Decline of Politics by Jonathan Sumption.

Though apt to be caricatured as some sort of anti-judge in the post-prorogation world, iconoclast jurist Jonathan Sumption—in this, his first popular legal book—echoes Montesquieu who said in The Spirit of the Laws that if the judiciary and the legislature were joined, then the “life and liberty of the subject would be exposed to arbitrary control; for the judge would be then the legislator”.

The former Supreme Court justice argues that laws have proliferated because legal rights have become the dominant means of guaranteeing security. As a result, the long arm of the law has gotten longer, with the bench adjudicating on hitherto private affairs. But in doing so it has trespassed on the territory of representative politics. For Sumption both are necessary buffers between people and the levers of power—but unto both should be rendered the things that are theirs.

It would seem intuitively true that judges, selected for intellect and awarded security of tenure, would make better decision-makers than politicians, who must jig and amble every five years for their jobs. And in proportion in recent years as politicians’ stock has fallen, judges’—whose inscrutable bewigged figures are emblematic of stability and authority—has risen.

But there may be more to each than meets the eye.

Sumption writes: “Opacity, inconsistency and fudge may be intellectually impure, which is why lawyers do not like them. But they are often inseparable from the kind of compromises that we have to make as a society if we are to live together in peace.”

On this view, the foibles and quiddities of politicians may be features, not bugs, of our democracy. Judicial cheerleaders, I would suggest, commit the fallacy of composition: they assume that because the average politician is a poorer decision-maker than the average judge, Parliament and the political system itself must be a poorer decision-maker than the court. In other words, they think the whole is the sum of its parts. In any case, to the victors go the spoils in litigation. Sumption calls it a zero-sum game that cannot accommodate divergent interests. Even if judges were to replace politicians and “assert a power to give legal effect to their opinions and values”, this is nothing “but a claim to political power without political responsibility”, he says.

Support for such a system is unlikely to even exist. The author thinks most people just care about outcomes. I would suggest that even those who support “law’s expanding empire”, on the basis of a few atypical constitutional cases, risk reaping a whirlwind. A system in which you have some control, however remote, is better than one in which you have none. And even if judge-made law is better, that is not enough. If democracy is taken seriously then “the public must in some sense ‘own’ [law]”.

It is difficult to disagree with these points and that of the author on the European Court of Human Rights if you care about decisions being made democratically. The judges of that court are not constrained by anything analogous to another arm of the state and are free to develop law none of which is “a natural implication from its terms”, by recourse to their ‘living instrument’ doctrine. As Montesquieu says: “One must give one power a ballast, so to speak, to put it in a position to resist another.” For the naysayers who point out that Parliament has allowed this state of affairs, Sumption notes that “not everything that a democratic Parliament does is consistent with a democratic constitution”. And for those who retort that Parliament can recall the power it ceded, so democracy remains intact: it can, but it is bound according to political reality and what is theoretically possible is not necessarily politically feasible. To say democracy has been preserved because Parliament can recall the power ceded to Strasbourg; a power that court uses to legislate non-consensually, is to make nothing more than an argumentum ad dictionarium.

At the heart of the problem is the tension between democracy as a mechanism for making decisions and democracy as a set of liberal values. This distinction of Sumption’s must be intended to explain the paradox of the term ‘populism’. That word, a pejorative, seems to acknowledge that the franchise element but not the value element of democracy has been satisfied. It would perhaps be better, however, if you are anti-populist, to simply admit a preference for a system, “in which many lawyers ardently believe”, whose source code excludes illiberal results; a system that “would entrench a broad range of liberal principles as the constitutional basis of the state. Democratic choice would be impotent to remove or limit them without the authority of courts of law”. For the author, however, this system is “conceptually no different from the rather similar claims of communism, fascism, monarchism, Catholicism, Islamism and all the other great -isms”. It would also inevitably lead to suppression and conflict. Values, he says, need only be entrenched “if they are controversial and therefore liable to be discarded by people with a free choice in the matter”. In his judgement, Sumption finds that the “essence of democracy is not moral rectitude but participation”.

This short book helps to elevate the reader’s thinking above the partisan pap found at the confluence of law and politics and abounds with pragmatic and clear arguments for legislating from within, not without; under the rule of law, not the reign of law; and by democracy—not kritocracy.

Trials of the State: Law and the Decline of Politics. Published by Profile Books, (8.99 Paperback) 128pp.