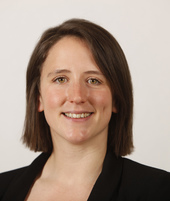 New measures to increase the maximum available penalties for the worst cases of animal cruelty have come in to force.

The Animals and Wildlife (Penalties, Protections and Powers) (Scotland) Act 2020 increases the maximum penalty for the most serious animal welfare and wildlife crimes to five years imprisonment and unlimited fines.

These tougher penalties will be available to courts when convicting those who are involved in animal fighting, causing unnecessary suffering to animals or committing a wide range of serious crimes against wildlife.

In addition, the new ‘Finn’s Law’ will prevent those who attack or injure service animals in the course of their duties from claiming they did so in self-defence. The law is named after a police dog called Finn who was injured whilst pursuing a suspect with his handler in England in 2016 and sustained serious injuries.

Other parts of the act will create flexible new powers to allow various fixed penalty notice (FPN) regimes to be developed for a wide range of less serious animal health, animal welfare and wildlife offences, outwith the court system. These will be introduced in future secondary legislation.

Changes to restrict the licensed killing of seals are due to take effect from 1 February 2021.

The Scottish government is also preparing a report to be laid before the Scottish Parliament by 1 March 2021 on the use of acoustic deterrent devices on fish farms.

The reclassification of mountain hares as endangered animals, which will protect the species from being killed, injured or taken (except under licence for certain limited purposes) at any time of the year is expected to come into force on 1 March 2021, subject to certain permitted exceptions.

The introduction of new powers to deal more quickly with animals seized to protect their welfare will be brought forward at the earliest opportunity in 2021.

Rural affairs minister Mairi Gougeon said: “We take animal welfare and wildlife crime very seriously, and we are committed to ensuring Scotland’s animals have the best possible protection, including our dedicated service animals.

“The vast majority of people in Scotland treat animals and wildlife with respect and care, however the small minority who don’t will be held accountable with consequences that reflect the severity of their crime.”

Scottish Society for Prevention of Cruelty to Animals (SSPCA) chief superintendent Mike Flynn said: “As Scotland’s animal welfare charity, the Scottish SPCA has long campaigned for harsher sentences for animal and wildlife crime and it is fantastic to see these come in to effect. Sentencing must act as a deterrent and we are hopeful increasing sentences and fines will achieve this.

“A number of the proposals due to come in to force will be transformational. We seize thousands of animals for welfare reasons every year, so the prospect of new powers to get these animals in to a home more quickly is welcome. Currently, animals can spend months or even years in our care and we look forward to working with the Scottish government to implement the reforms as soon as possible. The Act will enhance Scotland’s position as a global leader in animal welfare standards.”