Swansong for the Convention? 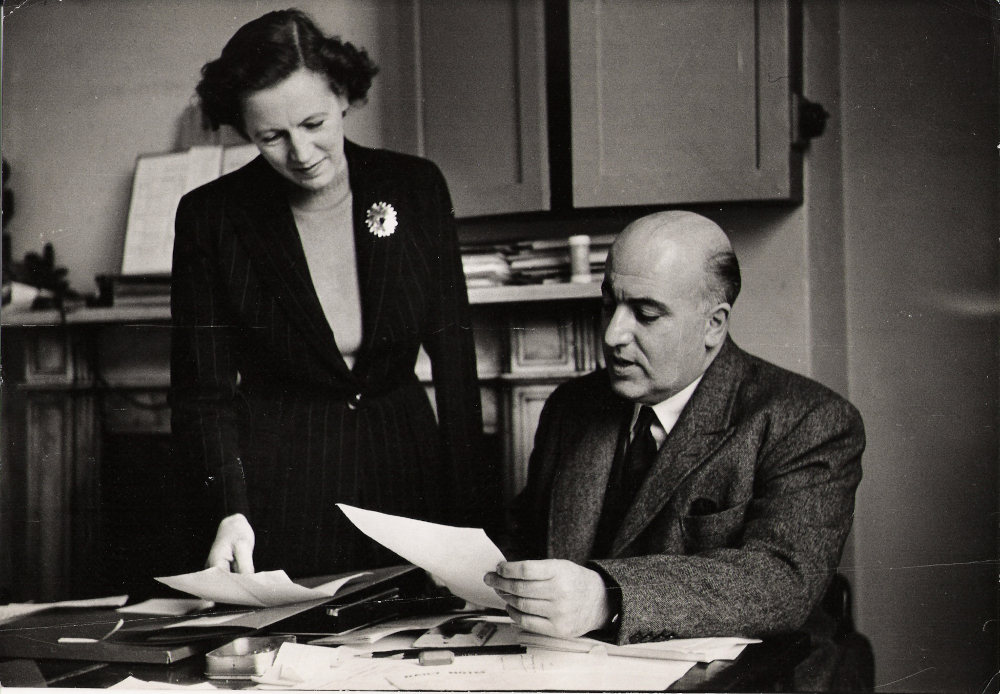 Review: Dreams of Peace and Freedom, C cubed, Edinburgh, every evening at 7:10pm

Said to be a ‘living instrument’, the European Convention on Human Rights was conceived in the throes of reconciliatory passion in May 1948 at the Congress of Europe in The Hague. It was brought to term by more than a hundred parliamentarians from across the region, including the Edinburgh-born Conservative MP and barrister, David Maxwell Fyfe.

His life and work are remembered this month in Dreams of Peace and Freedom—a song cycle running throughout the Fringe at C cubed, via Brodie’s Close, in the heart of legal Edinburgh. Written by Sue Casson and produced by Tom Blackmore, Fyfe’s grandson, the performance weaves his reflections on the Nuremberg Trials, Nazism and human rights—spoken by Robert Blackmore—with songs sung by Sue and Lily Casson. It is well worth viewing to gain an insight into the Convention’s beginnings as Britain, its first signatory, flirts with withdrawal.

Fyfe, who was briefly attorney general under Churchill and Britain’s chief prosecutor at Nuremberg, was succeeded by Hartley Shawcross following Labour’s landslide victory in the 1945 general election. Shawcross, a member of the same Liverpool chambers as Fyfe, appointed him as his deputy at Nuremberg but left him “to continue the work upon which I had been engaged for so long” appearing himself only to deliver the opening and closing speeches.

My favourite part of the cycle, the elegiac Blow out you Bugles, features lines from Rupert Brooke’s War Sonnet III: The Dead. The cycle draws throughout on the poems of the “English Adonis”, who had inspired Fyfe and the country with his patrician good looks, innocent verse and early death, at 27. Sung, his poetry blooms.

We also learn of Fyfe’s meeting with America’s man in Nuremberg, Justice Robert Jackson (for more on whom read Philippe Sands’ East West Street) and that Britain was keen to get things done and dusted: the wartime diaries of the MI5 spy Guy Liddell, which were declassified in 2012, reveal that Churchill had called for the summary execution of those captured. Stalin and Roosevelt objected, preferring a trial for the impression of magnanimity it would conjure in their respective homelands. We hear in the performance Jackson’s famous utterance, “That four great nations, flushed with victory and stung with injury, stay the hands of vengeance and voluntarily submit their captive enemies to the judgement of the law, is one of the most significant tributes that Power has ever paid to Reason”, and rhetoric to convenience—thought it is no less the powerful for it. 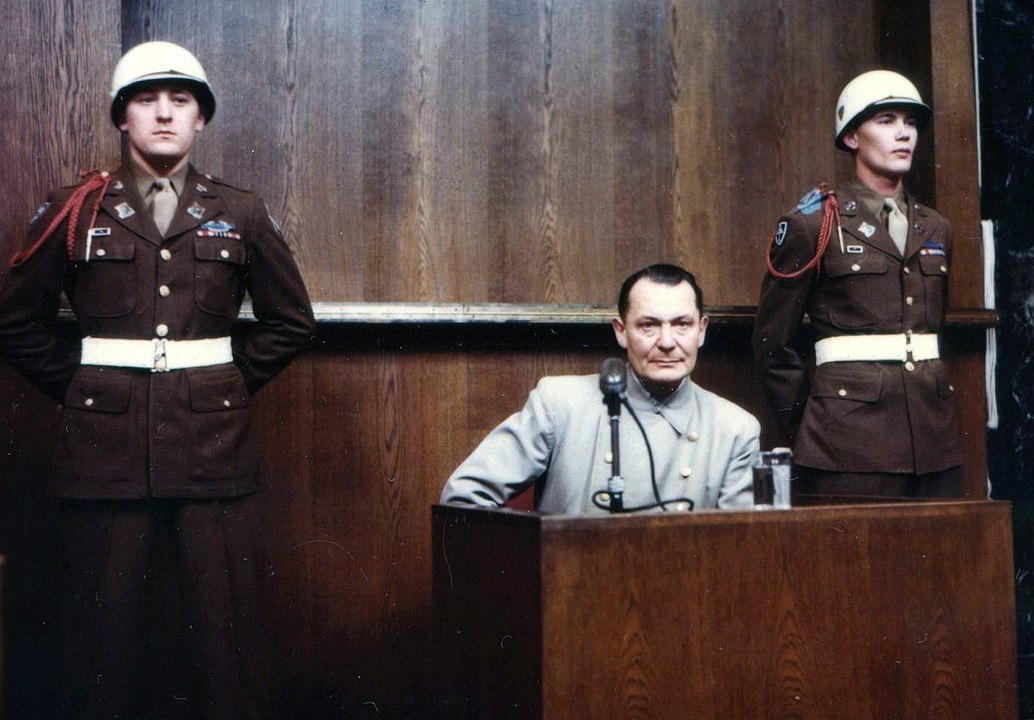 Hermann Göring sits defiant in the dock during cross-examination in Room 600 at the Palace of Justice during the International Military Tribunal (IMT), Nuremberg, Germany, 1946.

We later see Fyfe’s famous cross-examination of that emblem of villainy—Hitler’s reichsmarschall and heir presumptive, Hermann Göring. Self-possessed in the dock, the “fat boy” as they called him got the better of Jackson but met his match in Fyfe who, writing to his wife Sylvia, said, “I think I knocked him reasonably off his perch”. After being found guilty, Göring was refused a death by shooting; he took matters into his own hands and swallowed a potassium cyanide pill the night before his scheduled hanging. It was given to him through a guard by a sympathetic German woman on the outside.

Viewers may be surprised to hear that sentiment towards the Nazis in the immediate aftermath of the war was not entirely hostile. Reflecting on the trial in the summer of 1946, before judgment was rendered in October, Fyfe writes in a letter to Sylvia that it is “extremely irritating” to deal with people who say that the Nazis were “efficient”. He adds, portentously, “The danger of such a viewpoint is obvious. It is out of such a superficial lack of faith culminating in temporary fits of depression that nations have lost their democratic government and have succumbed to some sort of tyranny.”

Verses from James Logie Robertson’s Scottish dialect poem, the Latin-titled Non Semper Imbres (It does not always rain), sung beautifully, intervene before Fyfe says: “The law is a living thing. It is not rigid and unalterable. Its purpose is to serve mankind and it must grow and change to meet the changing needs of society. The needs of Europe today have no parallel in history.”

People point out the irony of this belief, which found its way into the ECHR, given Fyfe’s future opposition to the decriminalisation of homosexual acts. Made home secretary in 1951 by Churchill in his ill-advised second premiership, Fyfe established the Wolfenden Committee, which was tasked with inquiring into the legality of homosexuality and prostitution. When the committee reported in 1957 and recommended decriminalisation, Fyfe, who had by now been raised to the Lords, opposed its implementation.

It is a fact, to which few will admit, that the progressive and regressive cohabit in all our minds. Aware of this, supporters of censoring the past invariably exclude from the historical record the misdeeds of their own cherished figures. The Convention nowadays of course protects against ill treatment of people based on their sexual identity, exemplifying its ‘living instrument’ doctrine—endorsed, however inconveniently and, for some, paradoxically, by Fyfe. Every generation is conservative in its own cause, necessitating laws that outlive their drafters and evolve beyond their contemplation. But not every change is worth making and those who make frequent appeals to being on its ‘right side’ should remember that history is cyclical and that today’s virtue is tomorrow’s vice.

A special performance of Dreams of Peace and Freedom will also be held at St Mary’s Cathedral in Edinburgh on 31 August.