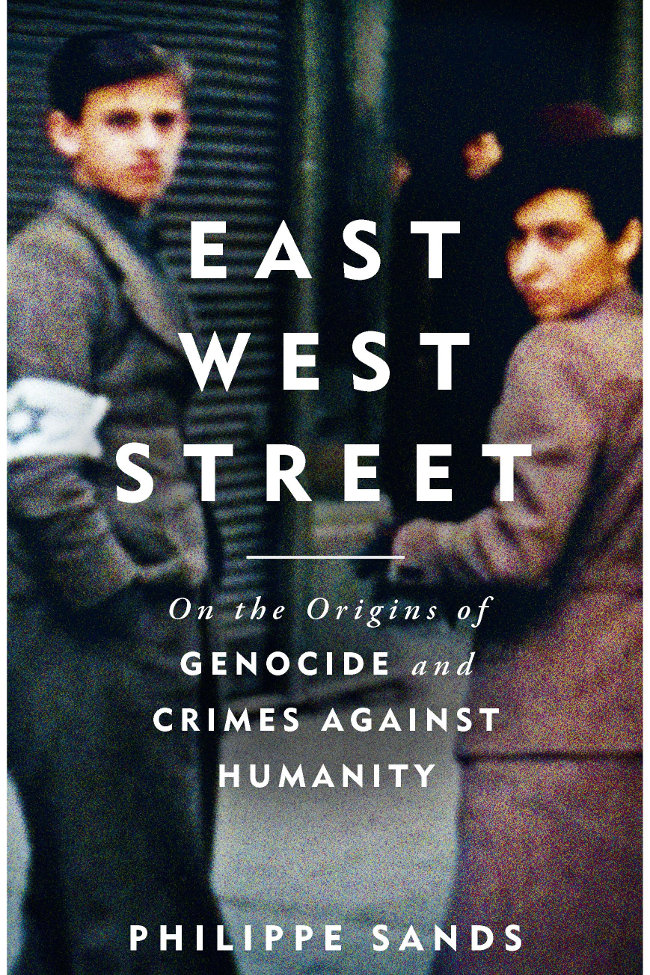 Kapil Summan was greatly impressed by East West Street and spoke to the author about current threats to human rights.

In The Rise and Fall of the Third Chimpanzee, scientist Jared Diamond cites 20 genocides since 1950, arguing that “genocide has been part of our human and prehuman heritage for millions of years”; that the seed of it is in all of us.

In Hitler’s lawyer, Hans Frank, Governor General of occupied Poland, that seed germinates and yields rotten fruit, earning him the moniker “Butcher of Warsaw”. But the pathetic, frightened and, in short, human, figure he cuts at Nuremberg as the hangman’s rope beckons reminds us of a similar warning, from Joseph Conrad, that “a supernatural source of evil is not necessary; men alone are quite capable of every wickedness.”

Through Frank’s life and those of lawyers Hersch Lauterpacht and Raphael Lemkin, Professor Philippe Sands QC, in East West Street, traces the development of two legal concepts that have become part of the vernacular but whose raison d’être is under threat of being forgotten: crimes against humanity and genocide.

The book weaves the stories behind these ideas with the author’s family history, including the life of Elsie Tilney, an English missionary devoted to the Jews who, in 1941, found herself interned at a camp in Vittel, France, where she seriously risked her own safety by hiding a young Jewish boy for six months, just as the Nazis had begun sending them piecemeal to Auschwitz. When the Americans liberated the camp in 1944, the boy’s fellow internees were astonished to see him alive.

And her good deeds impacted the author’s life directly. In the summer of 1939, she safely transferred his infant mother from Vienna to Paris. In 2013, following an application made by Professor Sands himself, Miss Tilney was declared “Righteous Among the Nations” by Yad Vashem in Israel. He writes that one internee in the Englishwoman’s care, now in her 90s, wept as she remembered her, saying “Une femme remarquable.”

In a year that has seen tribalism flourish and the rise of erstwhile political pariahs, with more surely on the horizon, Professor Sands said that “horrors begin with modest proposals” and that Brexit “seems to have given a green light to public displays of xenophobia”.

“I have seen it for myself, in the racial abuse of an Indian colleague and in an anti-Semitic attack on a woman who appeared in my film My Nazi Legacy. The experience of the 1930s teaches us that the horrors begin with modest proposals – like requiring a company to list the foreigners who work for it – and then they slide inexorably to the next stage. The idea of ‘them’ and ‘us’ has a renewed currency these days, a matter of great danger,” he said.

On the safeguards created after the Second World War, the human rights lawyer warned that we can see the ominous signs of their dismantlement in the form of “the attacks on the ECHR, Brexit the disregarding of the 1951 Refugee Convention.”

“The system put in place after World War Two – the Nuremberg judgment, the Universal Declaration of Human Rights, the Genocide Convention, the ECHR – offered a revolutionary idea,” he said, “namely that the rights of the state are not unlimited, not even against its own citizens. East West Street reminds us of what was achieved, and what we now stand to lose.”

East West Street: On the Origins of Genocide and Crimes Against Humanity by Philippe Sands. Pub by Penguin Random House, 448pp. £20 (Hardback).