Robert Pirrie WS, chief executive of the WS Society, tells the story of William Roughead, the Edinburgh lawyer who became the father of the ‘true crime’ genre and the celebrated trial for murder of Miss Madelaine Smith.

Amongst the many remarkable collections of the Signet Library, few of modern times capture the imagination like that of author William Roughead WS. In part this originates with the fame and reputation of Roughead himself as the ‘father of true crime’. However, the frequently grisly subject matter creates an atmosphere of disquieting associations independent of this illustrious literary heritage. Take for instance a collection of 19th century letters, written in looping, sometimes scrawling script, carefully preserved between the pages of the author’s texts. Any researcher handling these relics of the 1850s, alert to the fact that their author was the notorious Madeleine Smith and their recipient her ill-fated lover, could be forgiven a momentary shiver down the spine. How these precious documents came into Roughead’s possession is unknown: they played a vital role in the trial of Miss Smith and Roughead surely prized them highly. This intimate correspondence comprises part of his Madeleine Smith collection, a resource containing every important text associated with her sensational case, and original copies of the Victorian newspapers that minutely reported – complete with faithful illustrations – her arrest, trial, personal life, dress, deportment and manner.

In his introduction to Mainly Murder, the 1937 volume first featuring the chapter ‘To meet Miss Madeleine Smith’, Roughead wryly notes that ‘I have been asked whether I attended’ her trial. In one respect such an enquiry was unsurprising since Roughead was known to attend every notable murder trial in Edinburgh: in another respect it would have been difficult, given he was born in 1870, thirteen years after Miss Smith stood in the dock. Roughead belonged to the generation that traversed the Victorian and the modern world, therefore he could talk with many who had seen the Madeleine of the 1850s even although he himself would live into the 1950s (he died in 1952). 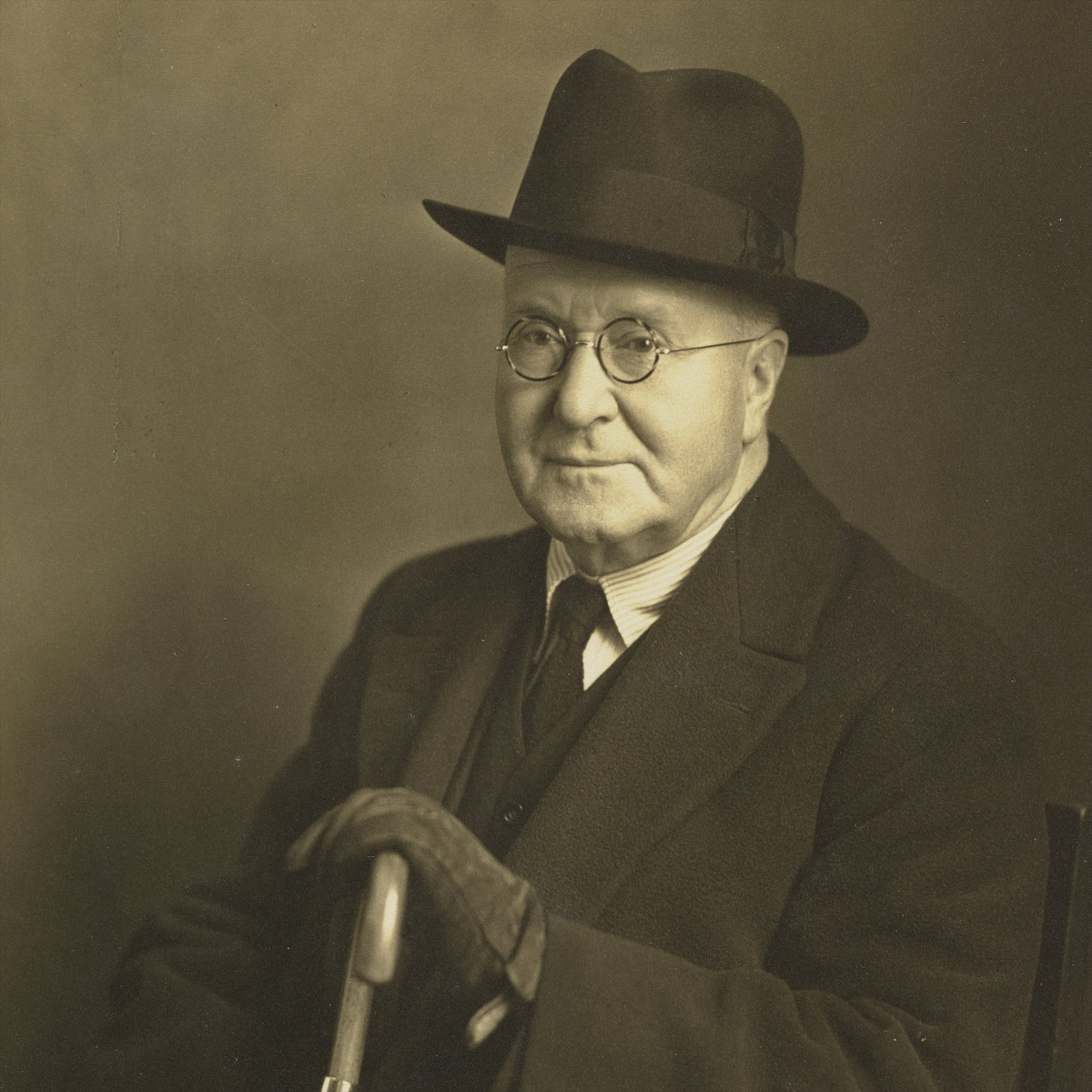 By 1937, Roughead was one of the most celebrated authors in the world. He had the friendship and admiration of Henry James, generally regarded as one of literature’s greatest figures, and was the author of a series of best-selling works starting with The Trial of Dr Pritchard in 1906. He inspired other literary figures, most notably Lillian Hellman, whose Pulitzer prize-nominated play The Children’s Hour was adapted from a Roughead story in the 1930 anthology Bad Companions. (This suggestion came from another of Roughead’s prestigious admirers, Hellman’s partner, the US crime writer Dashiell Hammett.)

Unsurprisingly, Roughead practised law less and less as his literary success grew. In fact he himself dated his transition from lawyer to historian of crime as early as 1889, when aged 19, he neglected his duties as apprentice to Maclaren & Traquair to attend the trial of Jessie King, the murderous ‘baby-farmer’ of Stockbridge. This resulted in a death sentence on the prisoner, and, for Roughead, a lifetime’s fascination with the personalities and events of the High Court of Justiciary. This court room, adjoining the Signet Library in Parliament Square, cast a powerful spell on the young lawyer, who possessed a sensitive and imaginative temperament. ‘Sometimes’ Roughead later wrote, ‘I stray into the Justiciary court room, dim and deserted in vacance (sic) time… in the shadows of that lofty chamber… other figures occupy for me the narrow seat within the bar’.

For the next six decades, between 1889 and 1949, Roughead attended every important murder trial in Edinburgh, submitting material monthly to the legal journal the Juridical Review. He was the editor of the Notable British Trial Series as well as author of many best-selling non-fiction crime books. Roughead’s high reputation amongst critics has endured, particularly in the US, where his work has never been out of print. He has the distinction of being published by the New York Review of Books, a status reserved for classics of their genre. In the introduction to that volume, Classic Crimes (a collection including the Madeleine Smith story), critic Luc Sante describes Roughead as the Henry James of the true crime genre, praising the seminal nature of Roughead’s technique: ‘virtually all the hallmarks of the classic British mystery appear here’. Sante, when discussing the Smith case posits the notion that Roughead has created ‘the template of the lethal film-noir heroine’.

Roughead himself considered her trial ‘the most famous of Scots murder trials’. Writing in 1937 he admits his ‘sole excuse’ for finally tackling the case ‘resides in the perennial fascination of the subject’. Sante observes that Roughead’s background as a lawyer and Writer to the Signet – ‘an elite body of Scottish attorneys’ – determined his literary philosophy: ‘a murder for him is of interest chiefly insofar as it provides the premise for a rich, complex trial at which personalities can clash, unfold, reveal their wrinkles’. This is the foundation upon which so much of the Roughead reputation rests; it is why Dorothy L Sayers called him ‘the best showman who ever stood before the door of the chamber of horrors’ and why, in more recent times, Joyce Carol Oates commented ‘Roughead’s influence was enormous’. The Madeleine Smith case provided the perfect source material for his particular talents as both lawyer and ‘showman’: as Sante suggests ‘these cases have an advantage over their fictional descendants, however, by virtue of their mess, complication, frequent lack of satisfactory closure, and of course their psychological depth’.

These four qualities appear in abundance in the Smith case: as Roughead himself begins, ‘They say that even of a good thing you can have too much. But I doubt it… one cannot have too much of a good murder’. Here is an early example of the wicked Roughead humour that was one of his trademarks; a sub-heading promises ‘a gossip on a wonder heroine of the “fifties”’ and in the next paragraph he refers to the notorious Lizzie Borden as ‘incomparable’. Roughead immediately acknowledges the story of Madeleine Smith ‘has often been, with more or less competence, set forth’ before adding, ‘I have been living with Madeleine – I hasten to add, merely in a literary sense – for many years’. Some readers, he acknowledges, may not have heard of Madeleine Smith, although ‘such ignorance is to be deplored’.