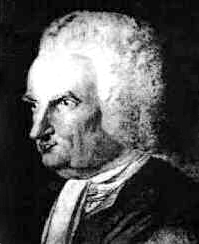 When adherents of a pre-World War One nudist craze in Germany decided to establish a club, their decision to name it after an 18th century Scottish judge seemed the most natural thing in the world. Berlin’s Monboddo Bund remains one of the more unusual salutes to the Scottish judiciary but is testament to Lord Monboddo’s pioneering passion for what he described as ‘air-bathing’ in the pursuit of harmony between body and mind.

There is a distinct possibility, however, that Monboddo’s habit of parading naked before his open house windows might today result in the judge’s appearance in the dock rather than on the bench – but at the time it was taken as further evidence of his eccentric genius.

A celebrated polymath, James Burnett was born in 1714 at Monboddo House in Kincardineshire and is quite possibly the brainiest boy ever to have attended Laurencekirk Primary School. A pioneering anthropologist, he was a precursive proponent of the Darwinian theory of evolution while his six volume Of the Origin and Progress of Language is still considered one of the cornerstones of modern comparative historical linguistics. This revolutionary study of the structure of obscure languages in lands colonised by European powers was one of the first to recognise the sophistication of native tongues.

Always ahead of his time, Monboddo studied feral children and was the first to declare that they were not monsters as popularly believed, but abandoned children capable of learning.

Monboddo was not afraid to raise eyebrows and a few of his judicial colleagues in stuffy Presbyterian Edinburgh were scandalised when he co-founded the Canongate Theatre where he was friendly with one of the actors, David Hume – whom he had known when the philosopher was keeper of the Advocates Library.

Famed for his wit as well as his wisdom, Monboddo’s dinner parties were legendary affairs and were the hottest tickets in town. It was at one of these that Robert Burns was captivated by the beauty of Elizabeth, Monboddo’s elegant daughter, prompting the poet to pen one of his most celebrated elegies when she died suddenly at the age of 24 years. A notable absentee from Monboddo’s ‘learned suppers’, however, was Lord Kames – his great intellectual rival on the bench.

Such was Monboddo’s fame as a conversationalist and raconteur that he was annually invited to dine with the King and each year made a point of riding to Hampton Court on horseback, eschewing the easier options of ship or carriage.

Stories of his eccentricities abounded. He was said to have hailed a sedan chair to carry his wig home from court in the rain – while he walked alongside. On another occasion, while addressing a court in London all around him ran to the exits as the floor began to collapse. The partially deaf Monboddo remained in situ, later explaining that his apparent sangfroid came about because he imagined that those around him were taking part in some English tradition with which he was not familiar.

He quickly gained a reputation as a skilled and persuasive lawyer and was instructed to act for the ultimately successful heir in the epic Douglas Cause, an inheritancy battle for the greatest fortune in Scotland which became a cause célèbre and enthralled European society. The Douglas Cause dragged on for years and earned Monboddo a fortune but it also attracted controversy to him when in 1767 Monboddo was made a judge and found himself ruling on his first case – the Douglas Cause. (The most recent evidence strongly indicates that the successful heir was, in fact, an imposter.)

Monboddo died in 1799 and was buried in an unmarked grave in Greyfiriars Kirkyard alongside his beloved daughter Elizabeth.

His final epitaph was written much later by another Scottish judge, Lord Neaves (1800–1876):

Though Darwin now proclaims the law
And spreads it far abroad, O!
The man that first the secret saw
Was honest old Monboddo.
The architect precedence takes
Of him that bears the hod, O!
So up and at them, Land of Cakes,
We’ll vindicate Monboddo