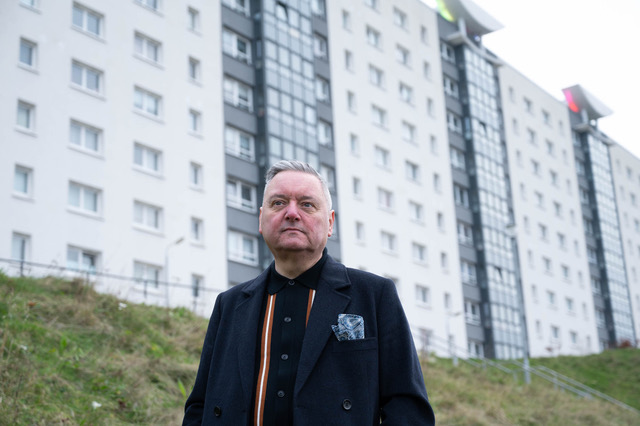 As one of Scotland’s busiest trial counsel, Thomas Leonard Ross QC is well-known for passionately fighting for justice – in the courtroom and out of it. Most recently he has been a vocal opponent of the proposal that the historical right to trial by jury be removed where serious sexual offences are alleged, describing it as “the biggest threat to Scottish justice that I have seen in more than 35 years in practice”.

On 26th June 1970, the Queen Mother was in Glasgow for the official opening of the Kingston Bridge, Thomas Ross was six years of age – and his father was in a police van being transported to Barlinnie Prison to start a sentence of 60 days imprisonment. “My path was mapped out for me from that day. Growing up I didn’t even know anybody who had been to university far less anybody in the legal profession, yet by my final year at Craigton Primary School I was telling people that I was going to be a lawyer. That idea can’t have come from anywhere else,” he says.

Thomas Ross senior had been convicted of resisting arrest. “He could be a handful with a drink in him and I’ve no doubt that he initially gave as good as he got, but summary justice was meted out once the handcuffs went on and he ended up in the Southern General Hospital with eight broken ribs,” explains Mr Ross junior. “He complained about the conduct of the police, but his complaint went nowhere – while he went to prison for his first offence. It was an early lesson that, in some situations, justice isn’t given willingly – it has to be fought for.”

Both of Mr Ross’s parents had alcohol addiction issues and his mother left the family home when he was eight. Mr Ross was brought up by his father, assisted by his older sister and an aunt. Living in a tower block in a council estate in the south-west of Glasgow, Mr Ross attended Penilee Secondary, the local comprehensive, and did enough there to obtain offers to study law at both Glasgow universities. “I knew so little about university that I turned down the Glasgow offer at Christmas because I didn’t think that I would achieve the required grades. As it turned out I did, but I have no regrets – I had a great time at Strathclyde,” he said.

In 1984 Mr Ross returned to Govan, his place of birth, to commence a traineeship with Clive Berkley, a young sole practitioner – but their relationship was to have a tragic beginning. Only five months into Mr Ross’s traineeship Mr Berkley was killed by an avalanche while on a skiing holiday abroad. Mr Berkley’s solicitor father Arnold Berkley put the business up for sale – and made it a condition that the successful buyer had to take Mr Ross as a trainee. Mr Ross says: “When dealing with the most tragic event that any father could face, Mr Arnold found time to look out for me. I’ll never forget the Berkley family for giving me my start and it was a great thrill to have Clive’s nephew Alexander with me for a few weeks’ court experience a couple of years ago.”

Fortunately for Mr Ross, the practice was bought by Andrew Gallen and his partners, a well-respected firm that placed an emphasis on criminal law. Mr Ross stayed with the firm until he went to the bar in 1999. He says: “As a student I had vague ambitions about helping the local community with housing and welfare issues, but as soon as I was exposed to criminal cases I was addicted. Thoughts of social justice went out the window and I quickly aspired to conduct criminal trials at High Court level. Throughout my legal career I’ve been completely selfish, but I hope that I have helped some people along the way.”

Finding his feet at Glasgow District and Sheriff Courts, Mr Ross was easily persuaded to become involved with the Glasgow Bar Association and became the its youngest ever president in 1996. He says: “I was far too young to make a success of it, but on the plus side the association brought me into regular contact with legal giants like Keith Bovey and Jim Murphy. Being a lawyer wasn’t just a job for these guys, they lived and breathed justice – and were prepared to go through brick walls to fight for it.”

Service in Crown Office is usually required of a criminal practitioner before he or she will be appointed as Queen’s Counsel and Mr Ross knew that his refusal to serve as an advocate depute might count against him. There were however very personal reasons behind his stubborn refusal to prosecute. He explains: “My old man often said that the government would never run out of money to pay for good lawyers and he was very proud that I had chosen to work for legal aid rates for people who would otherwise have been unable to fund decent legal representation. In addition, he had experienced his own problems at the hands of the police and the prosecution service. My experience could not be more different – I have always had the greatest of respect for the many procurators fiscal and advocates depute working hard to protect communities by prosecuting offenders – but I made my father a promise before his death in 1991 and I never considered going back upon it.”

He need not have worried. On a Friday afternoon in the summer of 2017 Mr Ross and his wife Alison had just arrived in Venice to celebrate their 30th wedding anniversary when he received an email confirming that he was to be recommended to the Her Majesty the Queen for appointment as Queen’s Counsel. “That appointment is undoubtedly the highlight of my career,” he says.

Nonetheless his legal upbringing leads to concerns about the way in which criminal legal aid for the solicitor branch of the profession is currently being handled by the Scottish government. He explains: “I have no complaints about legal aid rates for senior counsel, but the rates for solicitors have fallen so far behind the cost of actually running a practice that the young blood is being cut off at an early stage – the Scottish government and the Fiscal Service can offer much higher salaries, with benefits besides. Understandably many young lawyers are seeing out their traineeships with private firms – then disappearing off to work for the State. Any citizen could face serious charges 10 or 20 years from now – they should worry as there will be very few senior lawyers left to defend them.”

But it is the ongoing threat to trial by jury that Mr Ross finds most disturbing. “The Scottish government brought a bill to Parliament at the outbreak of the pandemic which would have had had the result of suspending trial by jury – but it was so unpopular that it was withdrawn within 24 hours of the proposal being made public,” he says.

More recently, the Lord Justice Clerk, Lady Dorrian, suggested that “consideration should be given to a time-limited pilot of single judge rape trials”, a proposal that the Lord Advocate supported in Parliament and in a recent interview with Holyrood magazine. Mr Ross adds: “Much of the heat around this issue is generated by claims that the conviction rate in cases of this type is too low. I believe that the conviction rate should match exactly the number of cases that are proved beyond reasonable doubt – nobody has been able to produce any evidence that juries are failing to meet that standard. It is not so long ago that people were calling for the requirement for corroboration to be abolished on the grounds that it was standing in the way of justice for complainers – now the jury is to be abolished. If a single male judge sitting without a jury was to acquit three male accused in a row, how long before the advocacy groups call for him to be abolished too? A wiser man than me once said that the jury was ‘the lamp that shows that freedom lives’. In 2022 those who care about justice in Scotland should get ready for a battle to keep that lamp on,” says Mr Ross.

He believes that battle will be fought on at least two fronts. Mr Ross says: “There are two unique features of the Scottish system – firstly the ‘not proven’ verdict and, secondly, the fact that you can be convicted on the basis of a simple majority of eight to seven. You cannot interfere with one without adjusting the other. If we are to adopt the English ‘two verdict’ system then we need to move to the English requirement that the Crown convince around 83 per cent of the jurors that the case has been proved beyond reasonable doubt – I suggest 12 of the 15 jurors in Scotland.

“I believe that this will result in many more acquittals – and many more stalemates where witnesses will require to give evidence a second and third time in retrials of the same charges. I have not seen any mention of that in any of the Victim’s Charters of the various Scottish political parties.”

Mr Ross supports any initiative, including Legable, that seeks to make careers in the legal profession accessible to everyone. He concludes: “I have the greatest of respect for Glasgow High and St Aloysius – who have provided Glasgow with so many fine lawyers – I’d just love to see a few more from Govan High and St Roch’s. If honestly sharing my childhood experiences helps anybody in a similar situation, I will be very happy.

“I’m doing the job that I wanted to do when I was young – at the level that I wanted to do it at. More importantly than any of that, Alison and I have two fantastic daughters who have been blessed with our five grandchildren – each wonderful in their own way. Very few people are as lucky as that. The legal profession has been very good to me and I would recommend it to anyone.” 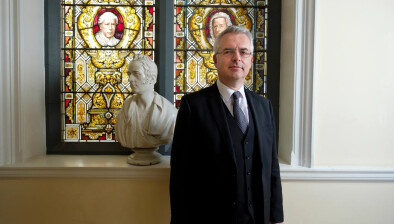 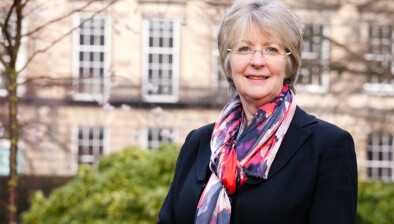