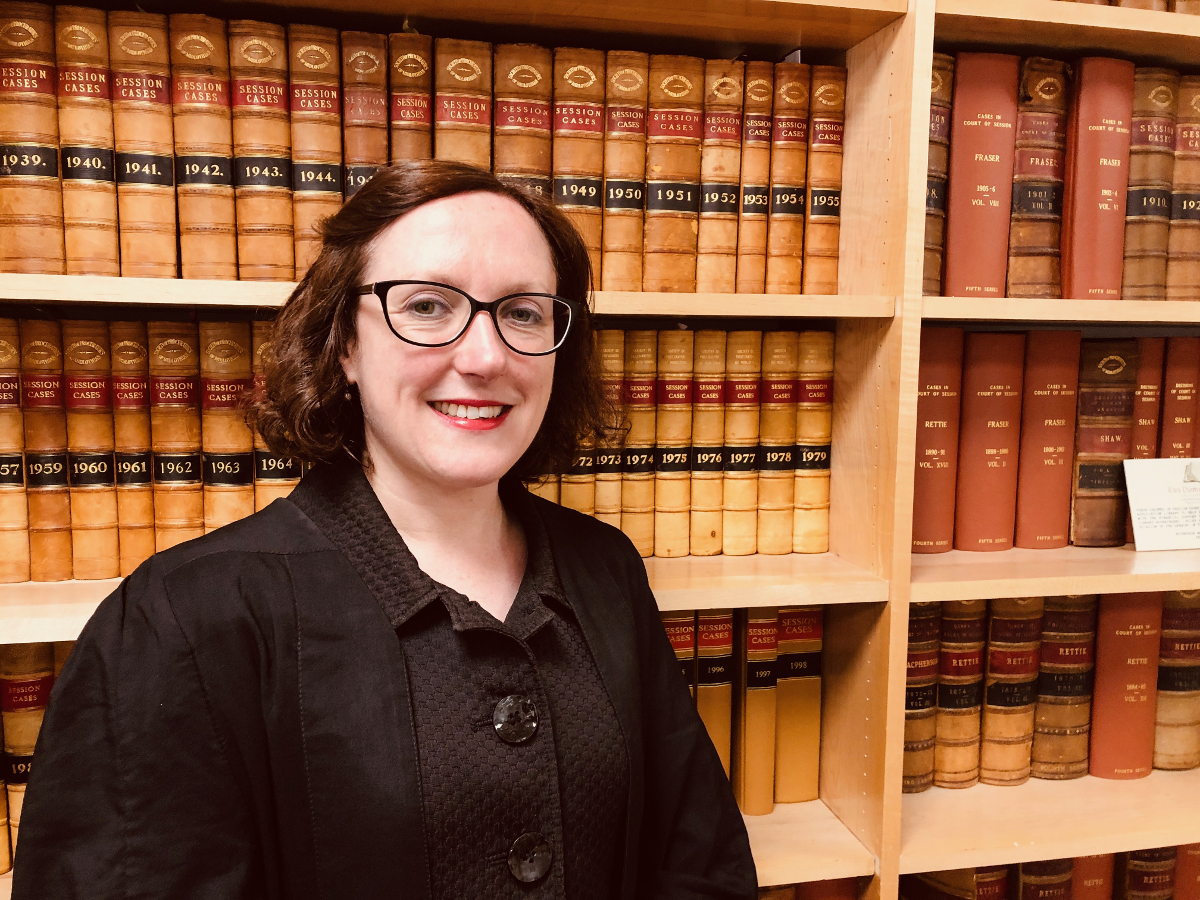 It’s just over a year since the Scottish Solicitors Bar Association (SSBA) was founded to represent the interests of criminal lawyers, and the organisation and its inaugural president Julia McPartlin have had a busy time since then.

The SSBA was launched during a challenging period. The profession was facing issues created or exacerbated by the pandemic. This included virtual hearings and backlogs of cases, as well as more deep-seated pressures – most notably the legal aid crisis caused by years of underfunding.

Lawyers have been pleading with the Scottish government for some time to raise legal aid fees and Ms McPartlin, an associate with Hughes Walker Solicitors, says one of the main reasons for establishing the SSBA was to take this work to the next level.

“We’ve been campaigning for years about legal aid and this was a big motivator in starting the Scottish Solicitors Bar Association,” says Ms McPartlin.

A motive was to build on the relatively successful action on legal aid in late 2020 by the Glasgow Bar Association and Edinburgh Bar Association – of which she was president at the time. They refused to take part in St Andrew’s Day custody courts to show how unhappy they were with the level of legal aid fees. Discussions were also being held with the Aberdeen Bar Association, so more collective action made sense. But this was not the only reason behind the foundation of the SSBA.

“As well as the legal aid crisis, we had new things happening with the way court was working,” explains Ms McPartlin. “The upshot was that we could see the real benefit of having greater communication with colleagues in different faculties. Having a national Bar Association was an idea that had been floating about for a while. Crucially, it had become easier to do it because everyone was getting used to doing things online.”

And in the last few weeks the SSBA and the profession as a whole have upped the pressure on the government when it comes to legal aid. Towards the end of April, it was announced that defence lawyers across Scotland are from this month boycotting hundreds of cases brought under new legislation against domestic abuse - Section 1 of the Domestic Abuse (Scotland) Act 2018. This impacts cases involving psychological domestic abuse and coercive and controlling behaviour.

Ms McPartlin explains: “This is about cases where there are allegations of coercive control and psychological abuse. It’s inherent in that charge that this must be behaviour that has gone on over a long period of time. For such cases that are complex and lengthy, the fixed fee is inadequate. We can’t afford to use limited resources in these cases which we’re not going to be remunerated properly for.”

She has been busy trying to get solicitors’ level of unhappiness with the current legal aid situation across to media and politicians. She admits this can be challenge with such a nuanced and sometimes complicated subject, but says the SSBA is making progress.

“With lawyers, especially legal aid lawyers, being a disparate group of small firms, we’ve managed to overcome the organisational hurdle by bringing people together and we’re getting close to unanimous support across the country,” she says. “I think that’s a huge victory because people have been able to take advantage of the fact that it can be hard for us to organise ourselves.

“Looking forward, we need to take that to the next step and improve how we get our message across so that it does get support and is listened to by the Scottish government.”

SSBA has been having an impact on political thinking, according to Ms McPartlin. She says some headway has been made with the Criminal Justice Committee at the Scottish Parliament, but more has to be done to convince legal affairs minister Ash Regan MSP of the need for greater increases in legal aid.

While the campaigning will continue on legal aid, the SSBA has also being active in other areas, such as delivering monthly CPD sessions online. “By far, legal aid is the thing that takes up most of our time. But it’s not the only thing,” explains Ms McPartlin. “We’ve been really lucky in having lots of good and interesting people approach us about our CPD sessions. For example, we’ve recently done an online session with Scottish Autism. They had contacted us about spreading the word that they offer training to practitioners about how best to approach cases where the accused is somebody that suffers from autism. The opportunity for them to come and speak to us was of mutual benefit. We’ve made sure sessions are free and being online is easier for busy people. We’ve had good take-up.”

In terms of the impact of the pandemic, Ms McPartlin says it was “chaos” at the outset, but it has been shown that people are hardworking and can adapt. She explains: “What people don’t often recognise is that one of the big skills we have is being able juggle work and keep lots of plates spinning.”

She adds that the profession was in favour of using the likes of cinemas to hold jury trials from the outset of the pandemic and she would have been “absolutely horrified” with the alternative that was being considered of scrapping juries. “Cinema juries have worked as well as they could, subject to a few technical hitches. This was an example of a compromise, of trying to get on with things and keep them as close to the way they were as possible.”

One area where she would like to have seen virtual sessions continue is for preliminary hearings at the High Court. “We’re going back to in-person hearings and you have to apply now if you want a virtual hearing,” she says. “Where it’s a procedural hearing, and the fact is resources are quite stretched, it’s much easier to slot in a virtual hearing amongst your other business. I think most people will want to apply for it to be done virtually. I think the default could be virtual for certain procedural hearings.”

Despite having a long legal career, Ms McPartlin she hadn’t always planned to be join the profession. After leaving school she studied politics at the University of Glasgow and “absolutely loved” it in an academic sense. Uncertain about what route to take next, she taught in Thailand for a few years. Her father was a sheriff and although she had always been interested in law, she wanted to be certain she was entering the profession for herself rather than just following in her father’s footsteps. She says: “It was dawning on me that I did really want to do criminal law and eventually I thought I just had to go for it.”

Turning to her career highlights, she cites the best part of her job as taking part in jury trials. “I love doing jury trials. It’s always different, there’s always something you don’t expect,” she explains.

In Scotland there has been talk of scrapping juries in rape trials, which Ms McPartlin describes as “concerning”. She acknowledges that trials can be difficult for juries and says there is a case for giving them more help.

“During the pandemic one of the things that happened was that the cinema jurors were given written instructions they could refer back to. There is definitely scope for more assistance in terms of written directions for jurors,” she says. “What concerns me is what are the motivations for getting rid of jurors? We have a very low rate of conviction in rape cases if you look at the number of people making complaints about rape compared to the number of prosecutions. There is something not right there.

“But I worry if the motive behind removing a jury is to secure more convictions. I don’t think we can say what the right number of convictions is. I also understand these are really complex issues that juries have to deal with and there is no doubt a case for greater education on what constitutes, for example, consent. I’m not saying there aren’t problems that we need to address, but I think getting rid of juries completely is probably a step too far at the moment. It’s one of the most fundamental tenets of our system that in the most serious cases you are judged by your peers as opposed to the bench.”

In terms of her own career, Ms McPartlin says she will keep going with her with SSBA work. “We’ve had a pretty successful year. We got off to a flying start. We had a seat at the table with government, we’ve had a decent number of people signing up. I want to see that continue and to build on the work we’ve done so far. It has to be sustainable in the long-term. My term will be two years, so I hope this organisation has a good foundation and is in a good place to pass on to the next group of committee members,” she concludes.