Lawyer of the Month: Iain Smith 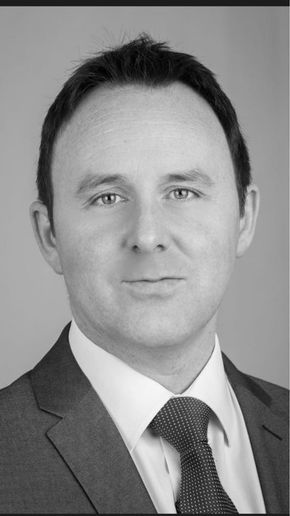 When a school teacher told the teenage Iain Smith he should downgrade his ambition to become a lawyer and focus on becoming a paralegal instead, it could have gone one of two ways: he could have thrown in the towel there and then or he could have resolved to work harder than ever to prove it was the teacher, and not him, who was in the wrong.

Mr Smith, who runs Livingston-based Keegan Smith Defence Lawyers alongside partner Darryl Lovie, chose the latter route, doubling down on his commitment to studying and becoming one of just a handful of pupils from his West Lothian high school to make it to university.

He has never forgotten how that early brush with negativity could have set him on a different path, though, which is why in recent years he has become a vocal campaigner for incorporating some compassion into the criminal justice system. Believing that a cycle of negativity leads to the same clients returning to Scotland’s courts and prisons again and again, Mr Smith says showing some understanding and positivity is an underutilised way to help cut reoffending rates.

“In Scotland, we don’t like to praise people,” he says. “As Scottish people we treat our children harshly and I think our judges treat the people we see as offenders harshly – if someone has done really well and made it to most of the meetings they had to attend the judge will focus on the two that they missed.

“In our Presbyterian ways we reach for punishment as a solution for crime when actually it can just add to people’s worries.”

Key to the approach Mr Smith is advocating is getting to the bottom of why those who regularly find themselves before the courts behave in the way they do. Noting that those who have been in care as children are disproportionately represented in the prison population – 70 per cent of inmates at Polmont Young Offenders Institution are care experienced compared to five per cent of the wider population – he says punishing people for what they have done is not necessarily the best way to stop them doing it again. He believes that finding out why they have done it, and helping them to address that, is.

“Childhood trauma and toxic stress has got everything to do with criminal law because it explains things like drug addiction and alcohol addiction. We’ve got to understand the impact that has on someone who commits crime,” he says. “It doesn’t make it an excuse, but it does provide an explanation.

“The psychological and emotional impact of what they suffered has continued into adulthood. My view is that no one chooses to take heroin, they take it to take away the pain and that pain almost certainly comes from childhood.”

Even though he stands before judges asking for his clients to be given chance after chance after chance, Mr Smith admits it can be difficult to show compassion to people who appear incapable of showing any themselves. It is nevertheless worth persevering, he says, because the results can be “massive”.

“In terms of offending rates, the clients we have invested a lot of time in, pushing them to services, the change in their lifestyle, manner and attitude to authority has been remarkable,” he says.

“I’m not talking hundreds, because not everybody is ready for help or want help, but we have got to change before the people we deal with in the justice system change.

“In our practice we have changed – we are more tolerant towards people who are unkind. It’s a real struggle and it’s really hard to do but the results are massive.

“A large number of clients have revealed they have been sexually abused because of the way we talk to them and when I say ‘this is why you abuse drugs’, to hear from a lawyer that they are not bad people is huge.”

Mr Smith notes that many other practitioners share his views on how best to help offenders stop reoffending, although it is only recently that such an approach was formally mooted for the criminal justice system. Earlier this year Lord Justice Clerk Lady Dorrian, in her role as chair of the Scottish Sentencing Council, issued a consultation in which she suggested that, as human brains do not fully mature until the age of 25, those under that age should be sentenced more leniently.

In her introduction to the consultation, Lady Dorrian wrote about the “need to take into account factors common to many young people who commit offences, including adverse childhood experiences such as trauma or bereavement”. She also noted that their immaturity “may reduce their culpability for the offence” and that they would have a “greater capacity for change” through rehabilitation than an older person.

Mr Smith says the consultation is a welcome development in the wider understanding of how adverse childhood experiences affect criminal behaviour, though stresses that he would like to see it go much further.

“My gut reaction was that it doesn’t go far enough - what about the 50-year-old heroin addict who was sexually abused as a child?” he says. “But it is a start.”

Mr Smith was this month named Lawyer of the Year at the Scottish Legal Awards in recognition of the work he has done to raise awareness of the impact adverse childhood experiences can have on people’s lives and the knock-on impact that has on the criminal justice system. Yet he admits that, in spite of his career spanning close to three decades, it is only in recent years that he has come to fully appreciate the corrosive – and lasting – effect childhood trauma can have.

“I’ve been doing criminal defence work for more than 25 years and I always recognised that the people I was dealing with had struggled, that they’d had poor parenting or were coming from poverty and that that had an impact,” he says.

“I thought of it in terms of learned behaviours, though, like they had a choice – people chose to take heroin or to become alcoholics or to go out and behave badly.

“But it’s not a simple case of choosing. A child at 13 does not start taking heroin because they want to be a heroin addict; they don’t look at someone they would describe as a junkie and think ‘that’s what I want to be when I’m older’.”

Mr Smith says that society will view such a child as “a wee shame” while they are part of the care system, but that they suddenly become “a wee shite” as they and when they progress through the justice and prison systems. Ultimately, it is stigmatising views like that that he wants to be able to shift.

“I did criminal law because I wanted to help people,” he says. “The people we deal with are probably the hardest people to like; they are the most marginalised in society and often they are the poorest.

“The trauma stuff has reignited my passion for criminal law. You get a bit jaded after 20 years but this has rekindled the fire. I’m not just fighting for their rights, but for the childhoods they never had.” 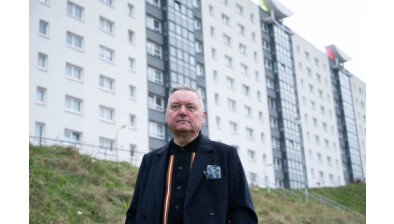 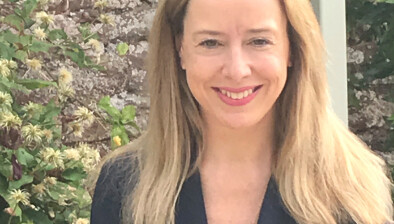 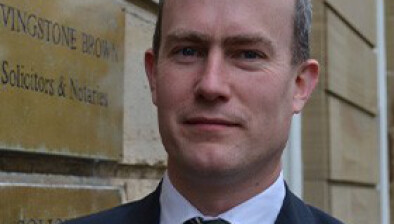 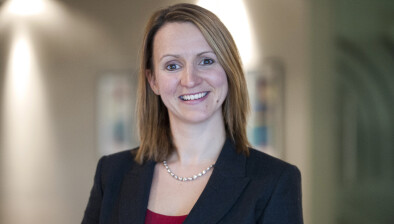