Editorial: Sumburgh FAI – justice on the cheap is justice denied? 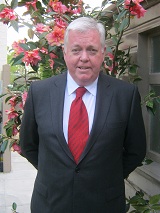 All too often our coverage of fatal accident inquiries in Scotland is centred upon their non-occurrence rather than the lessons to be learned from them.

A freedom of information request made last year revealed that there were 127 outstanding FAIs at the time of the inquiry. There has yet to be one into the deaths in 2015 of M9 crash victims Lamara Bell and John Yuill while another, completed in 2014/15, took place 10 years after the death of its subject.

The Sumburgh helicopter crash occurred in August 2013, and only now is the FAI into it commencing. But, to the dismay of the families of the four people who tragically died in the incident, in which a Super Puma crashed into the sea off Shetland, the FAI is to be conducted virtually.

Having waited seven years for an FAI, the families of the victims indicated that they were prepared to wait longer in the hope of avoiding online proceedings and all of their perceived inadequacies.

In recent years, victims and their families have been moved to centre stage in the Scottish justice system. Lord Advocates have been known to run in races for victims’ charities and complainers were, until recently, routinely referred to as ‘victims’ in trials – a confusion still to be found in Scottish government and Crown Office press releases.

But Sheriff Principal Derek Pyle’s recent decision to override the Sumburgh family’s concerns and press ahead with a virtual inquiry seems to presage a change of emphasis, causing concern that it could set a precedent.

It is not suggested that Sheriff Principal Pyle has in any way behaved improperly in exercising the sheriff’s considerable discretion in ruling how an FAI may be conducted.

There is, however, a concern that the decision to press ahead with a virtual inquiry against the wishes of the victims’ families may have more to do with convenience and expense rather than satisfying some of the principal goals of an FAI. A concern which turned to reality when family members trying to join the recent “remote” online preliminary hearing being held in the case to discuss the very issue of the use of a “remote” hearing found that despite repeated attempts they could not gain access to the proceedings.

That suspicion is further bolstered by Sheriff Principal Pyle’s reported reluctance to sanction the payment by SCTS for LiveNote, the contemporaneous transcription service.

It is worth rehearsing that recent FAIs by sheriffs in Glasgow and Perth have detailed the standards to which an FAI, they believe, should be held and conducted. In the FAI into the death of Alan Hay, Sheriff Ruxton recently set out the very purpose of an FAI, which is “to give a public airing of the facts surrounding a death or fatal accident. This affords those with a direct interest, such as the family of the deceased, the chance to hear first-hand from witnesses and learn the full circumstances of the death as they are known”.

Its scope, she added, “extends beyond mere fact-finding” and “aims to restore public confidence and allay public anxiety where the circumstances of the fatal accident have given rise to serious public concern”.

In the FAI into the death of Darrell Kerr Smith, Sheriff Foulis at Perth recorded: “When understandable emphasis is placed on agreement of matters and attempts to avoid the unnecessary use of court resources, there may be a danger that the requirements of an inquisitorial role [of the court] are overlooked.”

Are we to believe an FAI conducted through broadband can match the bandwidth of face-to-face interaction, extend beyond “mere fact-finding” or enable the court to be truly inquisitorial? Are we to believe the Air Accidents Investigation Branch’s highly technical 266-page report on this crash will be interrogated on the dining table as well as it would be on the bench?

The families certainly do not. Sheriff Principal Pyle’s desire to run the Sumburgh FAI as soon as possible may be understandable given his laudable commitment made earlier this year to complete it and end the lengthy delays, but if we take the law and shrieval dicta seriously the families of those who died are entitled to expect that the inquiry is carried out publicly, transparently and with inquisitorial rigour.

To do otherwise is to foster the belief among the families that corners have been cut and will inevitably raise fears that justice on the cheap is justice denied.