A tale of the SLCC and its determination levy, by Johnston Clark 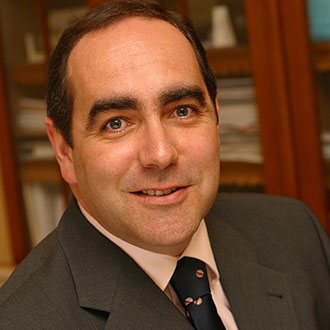 After 35 years last month in the profession, 20 of them spent in senior management positions, including client relations manager, in a large firm practising in the higher risk areas of executries, litigation, family and residential conveyancing, I thought it would take more than a determination from the SLCC, a levy, and what they spent the money on, to upset me. However, despite my natural reluctance to air laundry in public, I need to bring my story to the attention of the profession. I doubt it will appear as ‘Johnston’s story’ in the ‘case studies’ on the SLCC website.

It concerns a client, the author of his own misfortune, who wanted to pursue another firm for professional negligence in relation to an agricultural lease. He was being ejected from his tenanted farm. He did not like the advice from us, which was correct, and refused to pay his fees.

It is accepted there were a couple of trivial typographical errors in a fee note.

He complained to me, was signposted to SLCC when I declined to pay him hundreds of thousands of pounds of compensation and he complained to them. I wrote to SLCC offering £1,200 on an economic basis (which was more or less the eventual recommendation of the case investigator, who I think was wrong in a number of respects) early in the process highlighting that I was aware of the potential for levy. The complainer adhered to his expectation of the maximum award, so he insisted on proceeding to determination. The matter was determined and there was a finding in his favour in two minor respects which resulted in an award of compensation for inconvenience and distress of £350.

The SLCC in the five priority themes in its current Strategic Plan says inter alia:

“Lawyers must trust that we are independent and impartial”.

“We will seek resolution between parties at each stage of our process, offering creative options, such as independent mediation … and progress to formally determining complaints only in a minority of cases”.

In this case we “beat the tender”. We engaged in the process from the start and sought early resolution. I could not have tried harder to resolve the matter objectively.

The commission will say that they do not have the power to not determine a case if a complainer insists – the legislation is not fit for purpose. It is the same legislation which allows them to create their own rules and set policy for the determination levy.

I hear of other large firms having levies imposed in this unfair manner. For some small firms and sole practitioners these could be catastrophic. The commission noted that no-one responded to their consultation on the increase in determination levy. I have given up replying to SLCC consultations as no account of my submissions is taken.

What do they spend our money on?

The financially incontinent but ‘independent & impartial’ commission, which thinks it should be polling the public on regulation at our expense now has a clear financial interest in service complaints not being resolved and imposing determination levy, in direct conflict with its goal of delivering early resolution and building trust with the solicitor profession.

The final irony in our case in attempting to apply “a polluter pays” policy is that SLCC make an award to the true polluter, who faces no consequence, while imposing as a debt a levy which is income tax deductible. That means that from our £3,000 levy, the Scottish taxpayer will suffer more than £1,200 in lost revenue, effectively paying for the commission, and it will cost us less than £1,800. Hiding behind data protection, the commission, despite ordering me to send the complainer a cheque, wouldn’t tell me where he lives now.

This is the same SLCC which is in favour of, and canvassing at our expense to that effect, all the Roberton review recommendations which if implemented would deprive the Law Society of its independent role in regulation, and is in favour of reducing the standard of proof for findings of professional misconduct against solicitors – all in the name of modernity and copying others.

Be clear what they think about us

Members need to get behind the Law Society, which despite what its Regulatory Committee thinks about standards of proof in conduct complaints, needs, in turn, to make a lot more noise on our behalf and stand up for us whilst it still can; before the SLCC becomes the new ‘Scottish Solicitors Regulatory Authority’ and is in charge of conduct standards and issuing and collecting payment for practising certificates.

By then, there won’t be any point in being a member of the society. The society is on purpose a harsh regulator, but you’ll miss it when it’s gone, believe me.

If I was responding to a Douglas Mill blog on this topic, I would offer for the song title competition the Manic Street Preachers’ If You Tolerate This Your Children Will Be Next.

Let’s not sleep our way into a situation future generations of independent Scottish legal professionals will regret, and wonder how on Earth we let it happen.