A woman who was unable to obtain social housing because she was not a member of the Orthodox Jewish community has failed in her appeal to the Supreme Court, made on the basis she suffered unlawful direct discrimination on grounds of race or religion or ethnic origin.

This appeal is about the application of anti-discrimination law to charities, where they are established to provide benefits (in this case, social housing) for particular groups which are the subject of their charitable objectives. The relevant anti-discrimination laws are contained in the Equality Act 2010 and Council Directive 2000/43/EC of 29 June 2000.

The principal appellant is a single mother with four small children, two of whom have autism. The council identified the appellant as having a priority need for social housing in a larger property, and she has now been housed by the council in such a property. However, she had to wait longer to be allocated suitable housing as she is not a member of the Orthodox Jewish community and so larger properties owned by the housing charity which became vacant were not available to her. She issued proceedings against the council and the housing charity, alleging that she had thereby suffered unlawful direct discrimination on grounds of race or religion contrary to the Equality Act. The Divisional Court dismissed the claim and the Court of Appeal dismissed her appeal.

In her appeal to the Supreme Court, the appellant was given permission to add to her claim based on the Equality Act a new claim that the allocation policy of the housing charity contravened the Race Directive by unlawfully discriminating against her on the grounds of race or ethnic origin. The appeal turns on whether the housing charity acted unlawfully or not in restricting access to its stock of social housing.

Reasons for the judgment

The Equality Act makes it unlawful to discriminate directly against any person on the basis of certain characteristics, known as protected characteristics. These include ‘race’ and ‘religion or belief’.

Lord Sales upholds the lower courts’ findings that the housing charity’s allocation policy is proportionate and lawful under sections 158 and 193(2)(a) of the Equality Act. A proportionality assessment first requires the identification of a legitimate aim and, secondly, consideration of whether the measures taken to promote that aim are proportionate, having regard to other interests at stake. The dispute in this case centres on what constitutes a legitimate aim. As found by the Divisional Court and the Court of Appeal, the legitimate aims here include the minimisation of disadvantages which are connected to the Haredi community’s religious identity and counteracting discrimination which they suffer, including in the private housing market, and the fulfilment of relevant needs which are particular to that community. The housing charity was entitled to adopt a clear and strict rule about who could and could not apply for its social housing, which meant that it was made available just for members of the Orthodox Jewish community, to ensure that its charitable activities were focused on that community, so that its activities did in fact fulfil its charitable objective to alleviate the problems of that community. Lord Sales holds that the Divisional Court correctly considered the housing charity’s allocation policy in the light of the applicable legal framework and, accordingly, was entitled to find it to be proportionate and lawful under these statutory exemptions. Lord Sales makes his own assessment of proportionality, which is in agreement with that of the Divisional Court.

Lord Sales holds that, in any event, the Court of Appeal was right to say that the Divisional Court’s finding of proportionality could only be set aside if it had misdirected itself or reached a decision which was wrong. Applying this approach, he holds that the Divisional Court had been entitled to make this finding, with the result that its decision should be upheld on appeal.

In her concurring judgment, Lady Arden emphasises that an appellate court should generally not make its own assessment of proportionality in such circumstances, and with this caveat she agrees with the judgment of Lord Sales.

As regards the exemption in section 193(2)(b), the court dismisses the argument for the appellants that the provision is subject to an implied proportionality requirement. There is no sound basis on which such a requirement could be read into the provision. First, even on the assumption that the case is within the ambit of Article 8 of the European Convention on Human Rights (the “ECHR”), on the right to respect for private and family life, so that Article 14 of the ECHR (non-discrimination) is applicable, any proportionality requirement inherent in that provision is satisfied by the structure of section 193 itself; Parliament was entitled to create a clear rule applicable to charities in the interests of conserving their resources for use in fulfilling their charitable objectives, having regard, among other things, to the regulation of charities under the Charities Act 2011 to ensure they operate in the public interest and the wide margin of appreciation accorded to Parliament, as the body with democratic authority, in setting social and economic policy, including encouragement for giving to charity. Secondly, on the same assumption that the case falls within the ambit of Article 8 of the ECHR, even if the structure of section 193 itself did not satisfy any relevant proportionality standard, the drafting of the provision and the policy underlying it are so clear that it would not be possible to read into it an additional proportionality requirement. In the circumstances, therefore, it is not necessary to resolve the question whether the case falls within the ambit of Article 8 of the ECHR and the court prefers to leave that issue open. Section 193(2)(b) should be applied according to its express terms. It is common ground that, on this basis, the requirements of section 193(2)(b) are satisfied in this case. Even if a proportionality requirement could be read into the provision, it follows from the decision regarding proportionality in relation to section 158 and section 193(2)(a) that it would have been satisfied.

The Race Directive provides that discrimination on grounds of race or ethnic origin must be unlawful, particularly in relation to housing. The court finds that the housing charity is not in contravention of this directive for the simple reason that its allocation policy differentiates on the basis of religious observance and not race or ethnic origin. 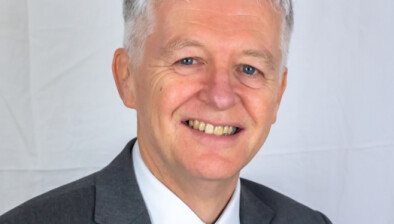 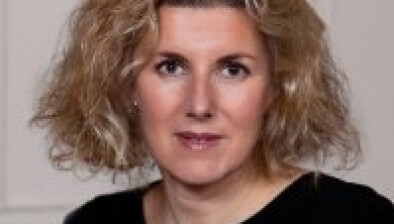