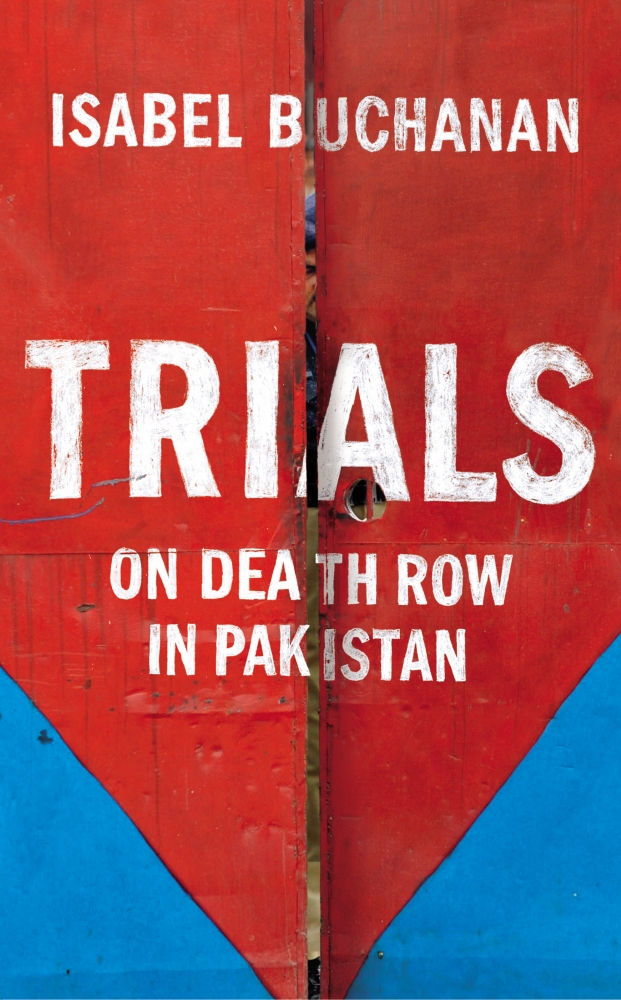 Trials: On Death Row in Pakistan by Isabel Buchanan

In her excellent book Indian Summer, Alex von Tunzelmann recounts that Horace Alexander, a friend of Mahatma Gandhi, once wrote “I sometimes think our greatest crime against India was to turn all her best sons into lawyers.”

The best of these lawyers, the more-British-than-Indian Lincoln’s Inn-trained Muhammad Ali Jinnah, an avowed secularist reputed to have had 200 tailored suits and whose English was better than his Urdu, took his courtroom oratory into politics — eventually becoming the founder of Pakistan, where he is revered as “Quaid-i-Azam”, or “Great Leader”. But Jinnah, a moderate Muslim, could not have foreseen that his dalliance with religious nationalism would sow the seeds for a state that is anything but moderate.

Indeed, Britain’s “greatest crime” helped establish an Anglicised élite whose political games would culminate in the retributive genocide that was Partition – though it also ensured the common law took root in India and Pakistan. However, like the degeneration of the law into ritual after the fall of Rome, we find in Isabel Buchanan’s Trials: On Death Row in Pakistan a justice caricatured. In addition to a de facto inverted burden of proof, revisions to colonial blasphemy laws – incepted in the wake of General Zia-ul-Haq’s 1977 military coup – have left Islam the only religion that can be the object of blasphemy; including accidentally.

Enter a ragtag group led by the indefatigable Pakistani lawyer Sarah Belal and comprising our author, a graduate of Glasgow and Harvard Universities as well as veteran munshi (clerk) Nasar and others who embark on the dangerous task of defending those accused of capital crimes.

Legal perversities abound in Buchanan’s thoroughly referenced case studies of men on death row, the worst of which are, without hyperbole, Kafakesque nightmares. Take the case of Sohail, blindfolded and bundled into the back of a police car one day, he was taken to a “lock-up”, a building used to circumvent the colonial rule limiting the period for which a suspect can be held, before being told he had been arrested for unlawful possession of a weapon. A day later, in court, the magistrate is told Sohail was arrested for murder. It ultimately transpires that he was simply the scapegoat in a financial row between two other men – the victim of a criminal justice system shot through with rot. He was only released in 2010 — after serving half a life sentence.

But there is hope. General Musharraf’s suspension of the country’s Chief Justice in 2007 – for having the temerity to question forced disappearances – precipitated the Lawyers’ Movement, which saw practitioners take to the streets in protest, the effect of which has been to embolden both lawyers and the courts. However, as we saw this week, this has come at a cost: the president of the Balochistan Bar Association, Bilal Anwar Kasi, was shot dead in Quetta, only for a suicide bomber to strike as his colleagues gathered to pay their respects. Most of the 72 who died were lawyers.

And in the Supreme Court of Pakistan Buchanan reveals a canny institution whose judges are nobody’s fools and in which Jinnah’s vision survives. A persistent thorn in the government’s side, Buchanan notes that it has “charged prime ministers with contempt, vetoed laws and constitutional amendments, and disqualified politicians from holding office.” Belal appears before them in the case of an alleged blasphemer, Altaf Rehman, where it is heartening to read that one of the judges “muttered disapproval of the blasphemy laws”. They instruct her to “file his medical reports in the trial court and he’ll be acquitted for insanity”.

Later, when Belal and Buchanan prepare a petition accusing Pakistan’s feared intelligence service – the ISI – of working with the CIA to capture Pakistani men and detain them at Bagram Airbase in Afghanistan, the Supreme Court shines, allowing an application where British and American courts would not.

This has been the darkest week in the Pakistani legal community’s history, but her lawyers will not be cowed: altruism, empathy and a sense of justice cannot be eradicated by anyone — this book testifies to that.