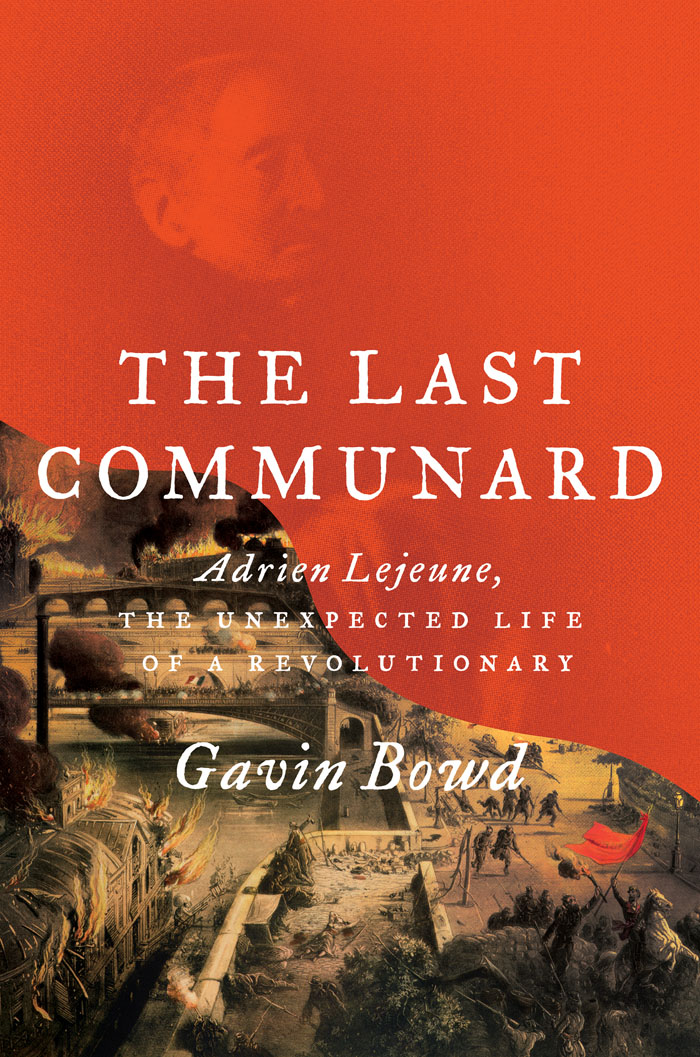 It may surprise some readers that the last Communard of this title is not Jimmy Somerville, the shrill voice of the 1980s, but Adrien Lejeune who as a young free-thinker reluctantly took the side of the Commune revolutionaries when the people of Paris rose up against the reactionary French government that had capitulated to the besieging Prussians in 1871.

Lejeune played a minor role in the Commune but was very lucky not to have been arbitrarily shot, as 15,000 Parisians were in the appalling reprisals by the French right-wing in the ‘Bloody Week’ that followed the collapse of the Commune. Instead he was one of the 40,000 communards to be jailed or exiled — in Lejeune’s case after a 20 minute ‘trial’. Author Gavin Bowd underplays the savagery of the repression which is captured by John Merriman in his excellent Massacre - The Life and Death of the Paris Commune of 1871 but establishes the importance of the legend of the Commune in the mythology of the Left and in the ongoing conflict between left and right in France which erupted so bloodily in the revolutions of 1798 and 1848, the fascist collaboration of Vichy and the so-called ‘Red Terror’ that followed the liberation in 1944.

Lejeune joined the French Communist Party shortly after its foundation in 1921 and retired to the a Home for Old Revolutionaries in the USSR in 1926. He died in Siberia having fled the advancing Nazis at the age of 95 and had lived to witness the third invasion of his country by the Germans in his lifetime. Lejenue’s celebrity lay in his longevity and in his symbolism as the last communard. The return of his ashes to Paris in 1971 was the occasion for huge demonstrations by rival leftist organisations.

Bowd’s book rescues Lejeune from obscurity and is an important contribution to the literature of the Commune that continues to inspire and divide historians.