Sharp decline in legal aid fees as pandemic wages on 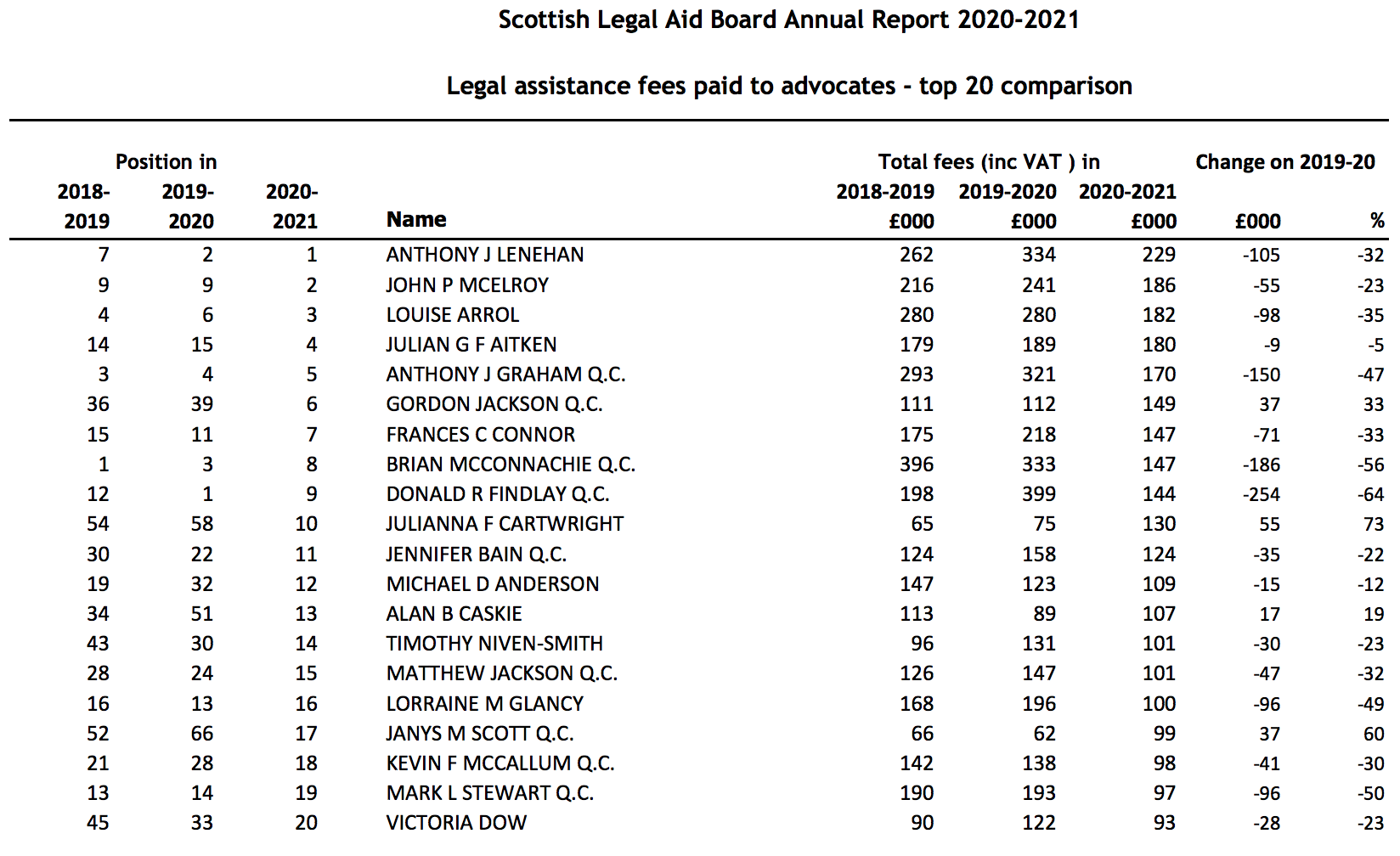 Legal aid practitioners suffered an expected decline in earnings in the second year of the pandemic, figures from the Scottish Legal Aid Board (SLAB) show.

Julian Aitken rose from fifteenth to fourth place this year. His earnings were £180,000, a decline of five per cent, or £9,000, on the year before. 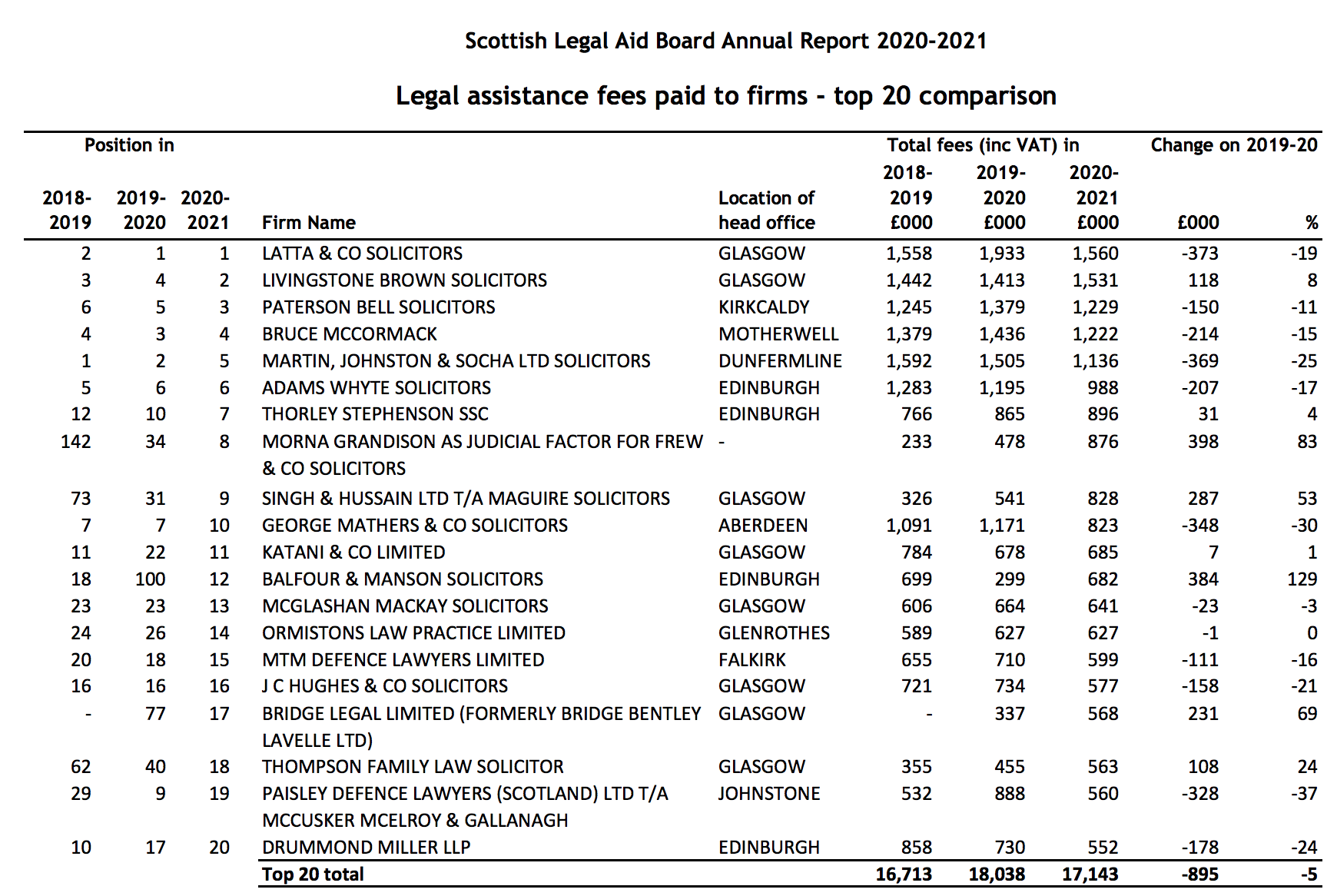 Livingstone Brown rose from fourth to second place with earnings of £1,531,000, an eight per cent increase of £118,000 on the previous year.