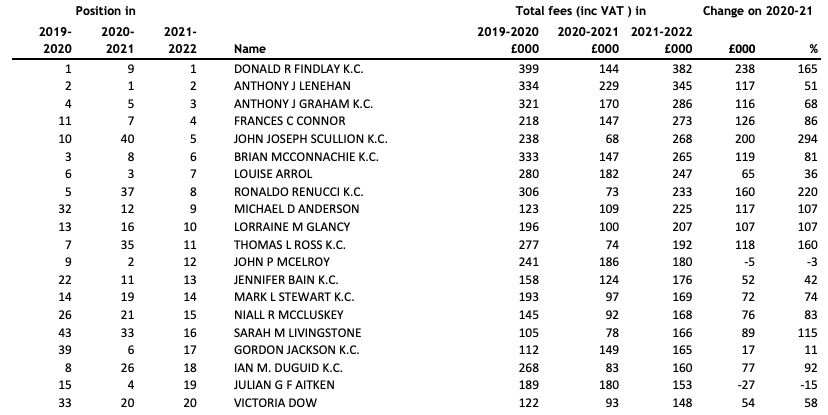 Donald Findlay KC earned the most from legal aid in 2021-22, figures from the Scottish Legal Aid Board (SLAB) show. The grand old man of the Scottish legal profession returned to the top of the table having dropped to ninth place in the previous year. He made £382,000 from legal aid in 2021-22 – a 165 per cent increase on the £144,000 of the previous year. 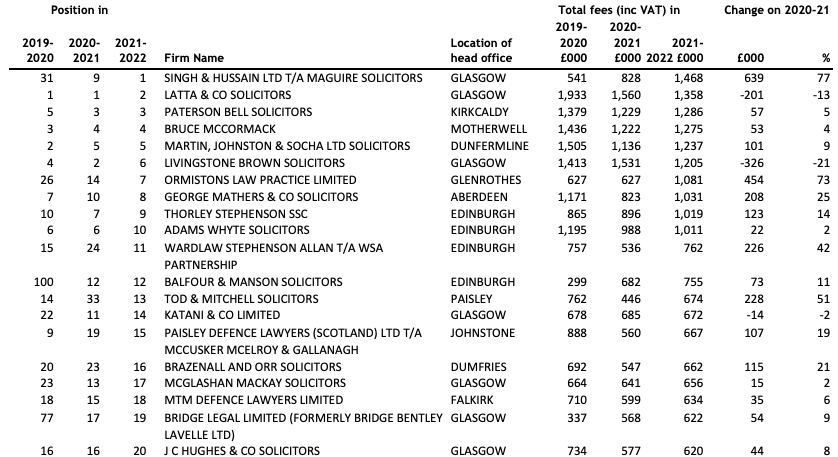 Latta & Co dropped to second place after leading the table for two years, with its fees declining by 13 per cent. Its earnings stood at £1,358,000.

Paterson Bell Solicitors retained third place and saw a modest increase in its earnings, which rose by five per ent to £1,286,000.

Bruce McCormack similarly retained its place – at fourth. Fees saw an uptick of four per cent, to £1,275,000. 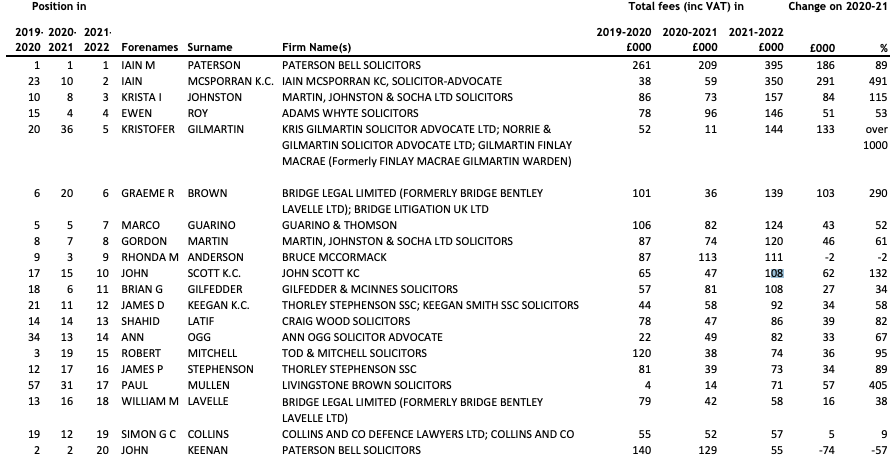 The changes for solicitor advocates were the most dramatic.

Iain Paterson of Paterson Bell Solicitors made £395,000 in legal aid fees – an increase of 89 per cent.