Scott Clair: Scots law of defamation and putting a kilt on Rebekah Vardy 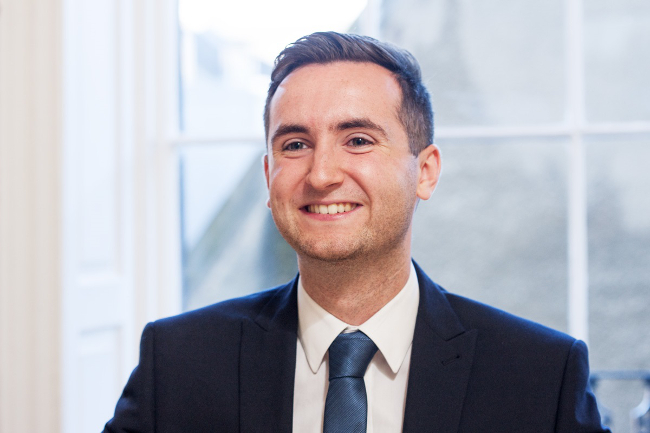 The WAG wars continue as Rebekah Vardy files an action for defamation in the High Court of England & Wales against Colleen Rooney, but how would her action fare in Scotland? Scott Clair tells all.

Celebrity watchers took a sharp intake of breath last October in what has been described by some publications as the most shocking celebrity moment of 2019. The words “It’s…. Rebekah Vardy” should suffice. In brief, a high-profile acquaintance of Ms Vardy, the wife of England striker, Jamie Vardy, posted a message on Twitter claiming that Ms Vardy had for some time been selling stories about her.

Ms Vardy has now filed an action for defamation in the High Court of England & Wales against Colleen Rooney, the wife of Mr Vardy’s former teammate, Wayne Rooney.

This article seeks to consider how the courts in Scotland might “put a kilt” on Ms Vardy’s claim, if brought under proposed new legislation.

Ms Vardy alleges that the infamous post by Ms Rooney on Twitter last October was defamatory of her. At the time of writing, the court documents are not available for public consumption, but one would expect it to be argued by Ms Vardy’s lawyers that the post by Ms Rooney contained a statement or statements which were i) false and ii) whose publication has caused or is likely to cause serious harm to the reputation of their client.

The Defamation Act 2013, which it seems likely Ms Vardy’s case will have been brought, does not extend to Scotland. The Scottish government however introduced its own draft bill, the Defamation and Malicious Communications (Scotland) Bill in December 2019. A consultation for responses on the draft bill closed in March and the Justice Committee has yet to consider the responses.

The main change the bill seeks to introduce to the Scots law of defamation is the creation of a “serious harm” threshold, a concept previously unknown in Scotland but which was introduced with the 2013 act in England. In Scotland, it is currently possible to be sued for defamation even where the defamatory comment was communicated only to the person defamed and not to any third parties. The bill not only requires communication to third parties, but will also empower the courts to dismiss claims at an early stage where the harm suffered is only minimal or indeed non-existent. How the courts have interpreted “serious harm” in English cases is, at least initially, likely to inform the view of the courts in Scotland.

There is no proverbial slumbering judge here who claims never to have heard of The Beatles either. The bill has caught up with the times and will afford additional limited protection to “secondary publishers” – e.g. those who would “like” or “share” defamatory comments on social media sites – provided that they are not responsible for materially increasing the harm caused to the person defamed. At present, those who repeat defamatory comments potentially expose themselves to claims in addition.

The bill also seeks to shorten significantly the period in which a person defamed may bring a claim from three years to only one year and also introduces a “single publication” rule. One of the mischiefs which this provision seeks to remedy is the present situation whereby the defamatory statement is considered to be “repeated” every time somebody accesses it on the internet. These measures, in addition to those above, will significantly restrain the ability of defamed persons to bring claims.

In more illusory rather than substantive changes, the somewhat archaic-titled defences of “veritas” and “fair comment” are to be rebranded for what they actually mean: “truth” and “honest opinion”, respectively.

Turning to Ms Vardy’s claim, if brought in Scotland under the proposed new bill, it would certainly be timeous if brought in under a year. Ms Vardy is no doubt also offering to prove that Ms Rooney’s comments are defamatory of her in the sense that, i) they are false and ii) they have caused her serious harm. That would be a matter for evidence in the fullness of time.

Whether any liability would attach to those online who have retweeted or shared the offending post would seem unlikely.

Ms Rooney’s lawyers may of course seek to argue a number of possible defences to the claim ranging from the largely technical (e.g. that the post has not in fact caused any serious harm), to the more substantive (e.g. that what was posted by Ms Rooney was in fact substantially true).

The competing interests in an action for defamation are generally between the right to protection for one’s reputation and the right of another to freedom of expression. As the court observed in a recent, high-profile Scottish defamation case, “some freedoms are better left unexercised”.

Scott Clair is an associate at Balfour and Manson