Our Legal Heritage: The Flowers of Potter-row 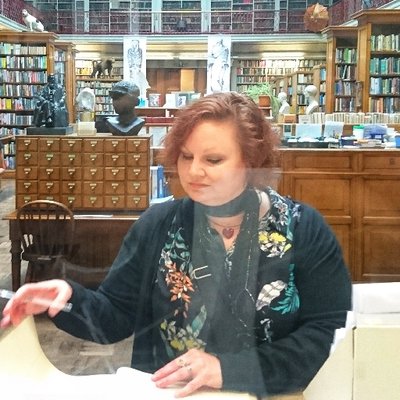 Dr Karen Baston looks at a particularly acrimonious legal dispute from the eighteenth century over the use of a garden.

In February 1760, advocate Walter Steuart presented a petition to the Court of Session on behalf of his client, John Grieve, a taylor in Potter-row. [1] The petition was part of a long-standing dispute between Grieve and his neighbour John Neill, a barber and wig-maker. Their disagreement involved the use of a shared garden and they had previously but unsuccessfully attempted to resolve their differences via the Sheriff Court.

The trouble started when Grieve moved in and wanted to re-plant the garden shared by tenement residents for his family’s use. He asked Neill to remove some flowers he had planted. Neill’s flat overlooked the garden but he did not have direct access to it while Grieve did. When Neill did not reply to his request, Grieve ‘took down the pealing, and carefully dug up the roots of his flowers, which he carefully preserved’ and courteously gave to Neill. Neill objected strongly to this action and sought remedy from the Sheriff of Edinburgh. According to Neill, Grieve had destroyed pealing and the flowers along with a tub that contained some ‘fine stalk-jelly flowers’ with damages amounting to £3. Neill won his case but the sheriff reduced the damages to £2 with the unusually harsh provision that Grieve was to pay the damages immediately or be put in the Tollbooth until he did.

Grieve was greatly aggrieved and insulted by the suggestion that he should be thrown into jail if he didn’t pay his troublesome neighbour. His petition gives several witness statements attesting that he had use of the entire garden and had every right to remove the flowers. 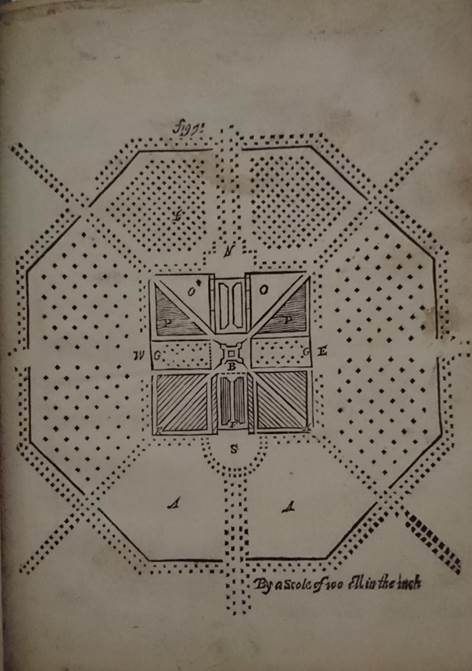 Garden plan from The gard’ners kalendar shewing the most seasonable times for performing his hortulan affairs monthly throughout the year, and a catalogue of such dishes and drinks as a compleat garden can afford in their seasons: published for the climate of Scotland By John Reid Gard’ner (Edinburgh: David Lindsay, 1683).

Neill’s answers to Grieve’s petition via advocate John McLaurin, of course, tell a different tale. [2] Neill had been given permission to use the garden by a previous landlady but dodgy deals with Grieve’s fellow taylors had given him control over the whole garden. Neill’s petition goes into some detail about questionable dealings Grieve had made during his time as deacon of the Incorporation of Taylors of Potterrow. Furthermore, Neill accused Grieve and his associates of ‘Cookery’ in altering documents about the lease of the house and garden after the fact.

Grieve had demanded that Neill remove his flowers immediately in a letter. Rather than reply, Neill had sought assistance from the Deacon of the Incorporation of Taylors and a notary public. While he was finding them, Grieve began to destroy Neill’s small part of the garden. Neill’s wife ‘earnestly begged him to spare the Flowers, and give her the roots of them; but this Mr Grieve refused, and frightened her away with a Torrent of Curses, Threats, and other abusive language’. He ‘very soon destroyed the whole Spot.’

Neill’s Answers demonstrated the animosity that Grieve had for him personally. He recognised that

this is a small trifling Cause, in some Measure below the Cognisance of the Court; the natural Inference from which is, that he ought not to have troubled your Lordships with a reclaiming Petition. The Respondent, for his Part, should not have insisted in it so much, had not Mr. Grieve from the first to last used him in a most ungenerous and unjustifiable Manner.

Grieve’s feud with Neill was ugly –

[Grieve] has carried his unprovoked Resentment against the Respondent so far, as to endeavour to get him turned out even of his dwelling House; for this Purpose he came to a Meeting of the Incorporation at Candlemas last, threw down a Penny on the Table, and offered a great deal more Rent for the Respondent’s House, than what he pays; but this Offer the Incorporation rejected with Indignation. One of them held up the tent Command to Mr. Grieve, but he put it by in a Passion, and renewed his Offer with great Eagerness…

— but it inspired poetry :

…the Deacon…wrote extempore the following Stanza.

As Earnest for a Neighbour’s Right,

The tenth Command thrown by.

There wider issues of course. Both sides rented their properties and the use of the garden had been a sticking point ever since they and their families had moved in. The taylor and the barber obviously disliked each other. A manuscript note on the first page of Grieve’s petition says that the ‘Lords suspended as to the Incarceration; But adhered as to the Rest.’

[2] J. McLaurin, Answers for John Neill, barber in Potter-row; to the petition of John Grieve, taylor there (1760)

Dr Karen Baston is a historian, bibliographer, and freelance writer and researcher interested in aspects of the long eighteenth century especially in a British context.