This year the legal community has reflected on the entry of women into the profession and the struggle for equality that has ensued.

The Law Society of Scotland recounts the names of the women pioneers who have succeeded in law.

Madge Easton Anderson was the first woman to be admitted as a professional lawyer anywhere in the United Kingdom (1920).

Ethel Houston OBE was the first female partner of a Scottish law firm (1949) and the first woman to be elected to the Council of the Law Society of Scotland (1975).

Professor Sheila McLean was the first woman to be appointed professor of law at a Scottish university (Glasgow, 1990).

Lady Clark of Calton was the first Advocate General for Scotland (2000) and the first female chair of the Scottish Law Commission (2012).

Caroline Flanagan was the first woman to be president of the Law Society of Scotland (2005).

Laura Dunlop QC was the first female Scottish law commissioner (2009). The commission was founded in 1965. 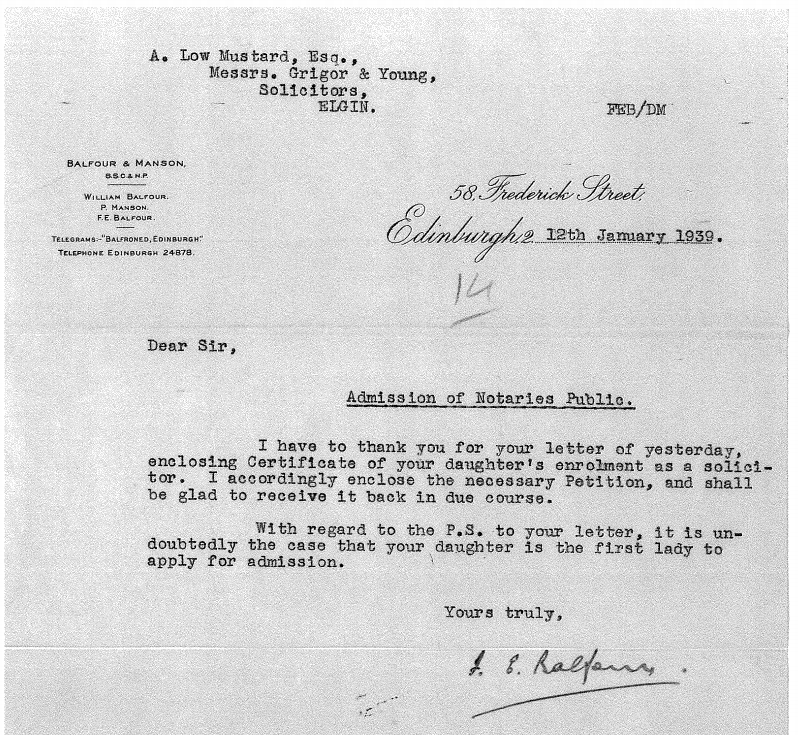 A response to Mr Mustard, Esq, from Balfour and Manson, regarding his daughter's admission.

To these names we can now add that of Mary Purvis Low Mustard, Scotland’s first female notary public.

She was admitted as a solicitor in 1938 having been indentured to Messrs Davidson and Syme from 1 May 1935 until 1 October 1938.

Her father had similarly served his apprenticeship with Davidson and Syme before becoming a partner at Grigor & Young. 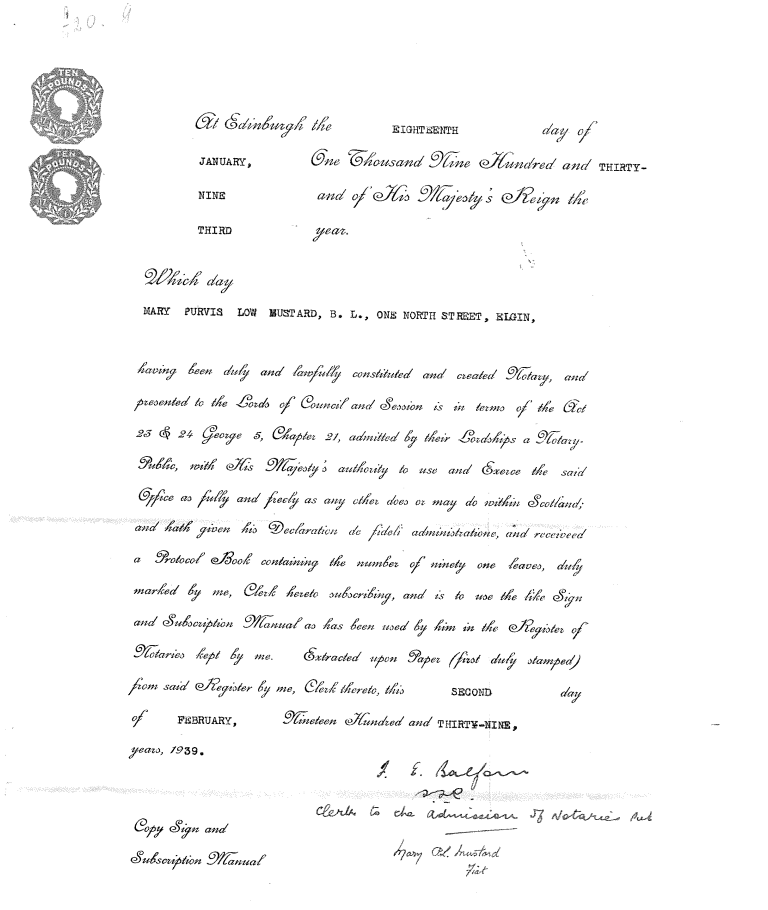 She herself worked for Grigor & Young from 1938 and was a partner during the war years until she left in 1947 although she still retained a practising certificate until 1951, by which time she had married.

Grigor & Young has had female partners continuously since 1984 and recently, of its seven partners, only two were male.

Mrs Mustard was duly admitted as a notary on 2 February 1939.

The letters are reproduced here with the kind permission of Mrs Mustard’s daughter, Miss Welsh.