Our Legal Heritage: Robert Burns and the Faculty of Advocates 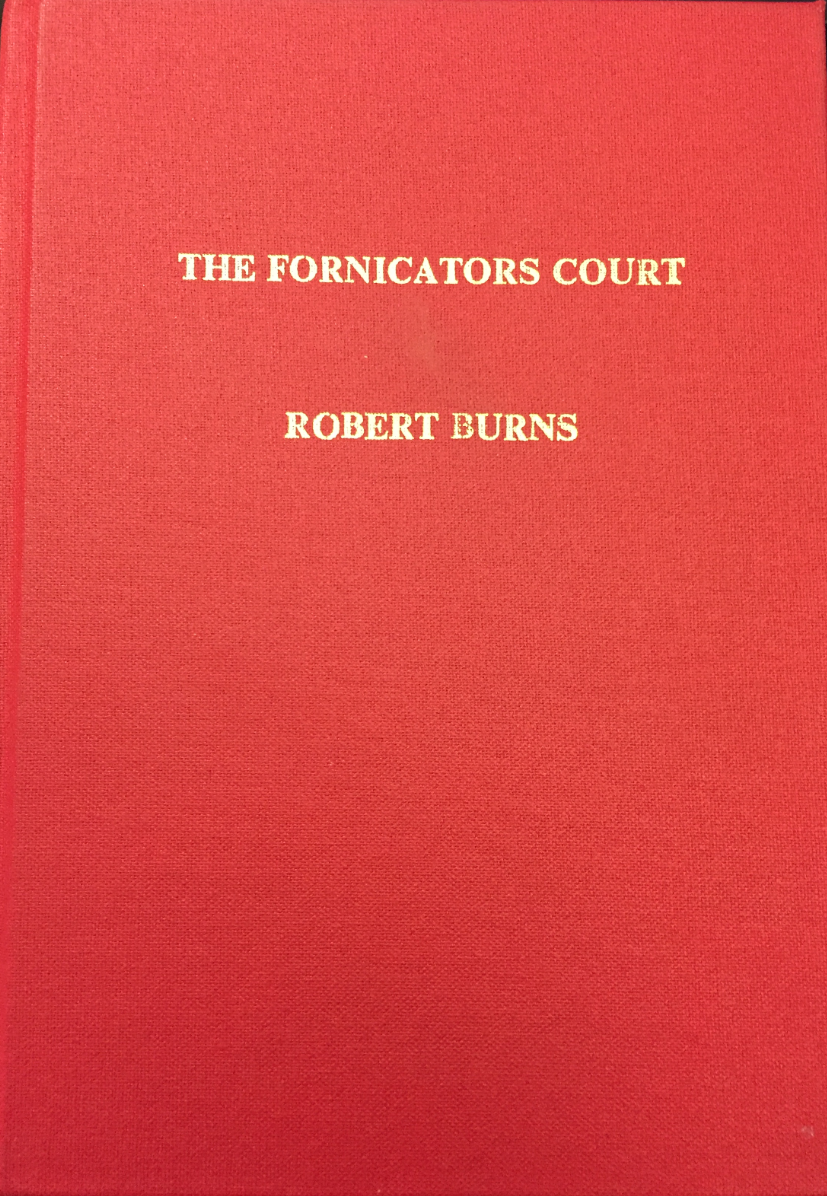 To celebrate Burns Night, we consider links between Scotland’s national Bard and the Faculty of Advocates

This year marks the tenth anniversary of a special publication of a Robert Burns book which was discovered in the collection of one of his greatest admirers – the advocate and author Sir Walter Scott.

Scott’s library at Abbotsford, his home near Melrose in the Scottish Borders, and its 9,000 books are owned and preserved by the Faculty of Advocates Abbotsford Collection Trust. Scott was an advocate as well as a world-renowned writer, and is the Faculty’s most celebrated member.

Between 2003 and 2013, Advocates Library staff catalogued Scott’s library, and many significant discoveries were made, including a slight volume, The Fornicators Court, written by Burns in 1786. Also known as Libel Summons or The Court of Equity, it is a bawdy poem taking a humorously satirical look at the disciplinary practices of the Presbyterian Kirk Session in relation to sexual matters.

Only a handful of books of the poem were printed privately in Edinburgh in 1823, and one copy was acquired by Scott. He and Burns had met in Edinburgh when Scott was a teenager, and he maintained a lifelong fascination with him. He called Burns his “favourite author”.

Scott kept another piece of Burns heritage in the book – the only complete manuscript in Burns’ hand of the lyrics of the song, O saw ye my Maggie. At the end of the song, Burns had added a spoof will, bequeathing the copyright to Alexander Findlater, his friend and supervisor in the Excise Office. The “will” is in large, sprawling writing, and the suspicion is that it had been written while the two men enjoyed a highly convivial evening. 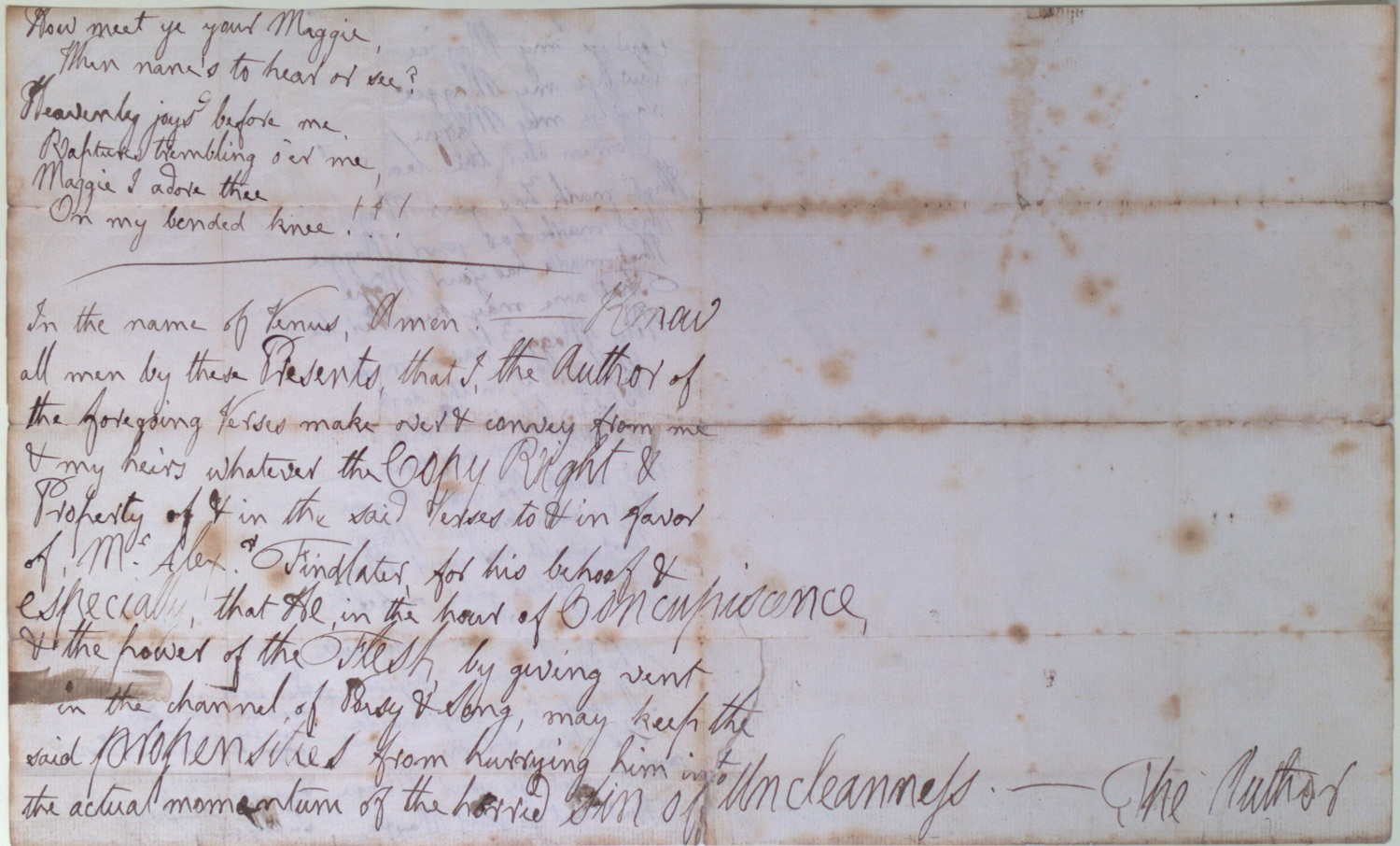 Scott inscribed ‘Autograph of Burns’ on the back of the last page of the book, and this is thought to be the only time that the handwriting of the two literary giants appeared together.

In 2009, a limited edition facsimile version of Scott’s copy of The Fornicators Court, with the manuscript and “will”, was published by The Abbotsford Library Project Trust and the Faculty, proceeds going towards conservation of the library.

In an introduction, Gerald Carruthers and Pauline Anne Gray, of the Centre for Robert Burns Studies, University of Glasgow, said: “It is an item that links those two of Scotland’s writers who do more than any others to broadcast to the modern world the idea of Scotland, and highlights their conjunction also as creative artists interested in the more intimate spaces of human culture.”

The Burns ballad, The Dean of Faculty, was written about his great friend and patron, Henry Erskine, who served as Dean from 1786 to 1796, and later was Lord Advocate. The two men had been introduced at a masonic lodge on one of Burns’ visits to Edinburgh. At the time, lodges attracted many people who believed society should be reformed according to the principles of the Enlightenment.

Through Erskine, Burns made many contacts with the Edinburgh literati, and he was introduced to the city’s chief publisher, William Creech, who published the Edinburgh edition of Burns’ Poems, Chiefly in the Scottish Dialect.