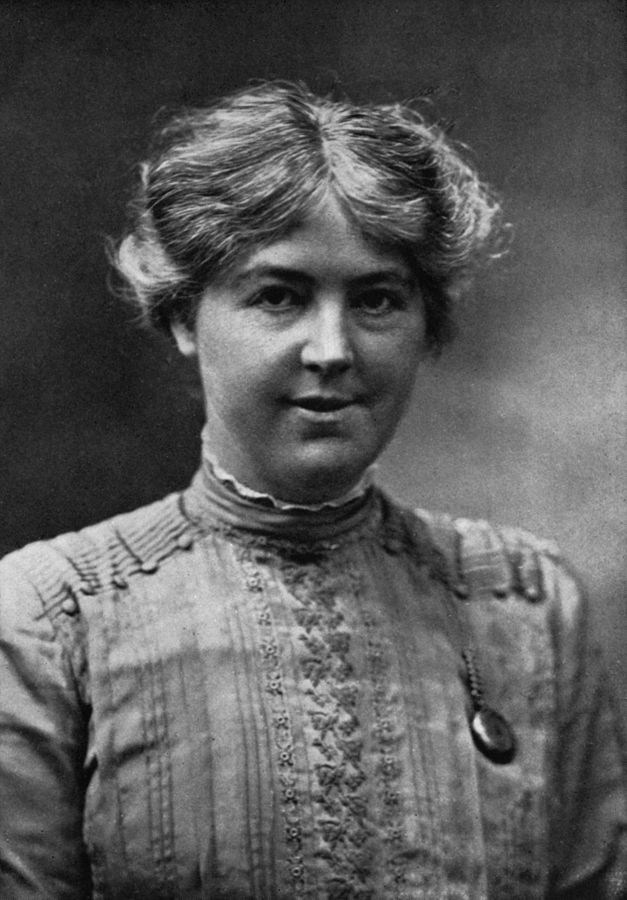 Annabel Twose of First 100 Years writes about Jessie Chrystal Macmillan, a Scottish feminist, barrister and politician. She was the first female science graduate from the University of Edinburgh; the first woman to plead a case before the House of Lords and a founder of the Women’s International League for Peace and Freedom. First 100 Years is a charitable project recording the history of women in law in order to provide future generations of female lawyers with visible role models. Next year, the project will celebrate the centenary of the Sex Disqualification (Removal) Act 1919, which paved the way for women to become lawyers for the first time.

Born in 1872, Chrystal grew up in Edinburgh alongside her eight brothers. Their father was a tea merchant. After attending boarding school in St Andrews she enrolled at Edinburgh University in October 1892, becoming one of the first female students in Scotland. When Chrystal graduated with a Bachelor of Science degree in April 1896 she was the first woman at Edinburgh to do so.

At university, Chrystal became involved in student politics, chairing the Women’s Representative Committee and lobbying the Scottish University authorities on gender parity for scholarships. She was also Vice President of the Women’s Debating Society and active in the National Union of Women’s Suffrage Societies (NUWSS). Aside from politics, she was the second woman member of the Edinburgh Mathematical Society.

Chrystal was the first woman to plead a case before the House of Lords in 1908. As a graduate, she was a member of the General Council of Edinburgh University but was unable to vote for the MP who would represent the university’s seat in 1906. Chrystal argued that the use of the word “persons” in the General Council’s voting statues did not exclude women as female graduates are persons. The case was lost before the University Courts but Scottish suffragists raised £1,000 for the case to be heard in the House of Lords.

When Chrystal arrived at the House of Lords, arrangements to prevent women from entering had to be suspended (they had been instigated due to the activities of militant suffragettes). She spoke for three-quarters of an hour and was portrayed very positively in the press as a “modern Portia” with an “admirable speaking voice” and “complete self-possession”. The case was rejected, but the press was highly supportive of the plight of these educated women and it generated worldwide publicity for the suffragist cause.

Chrystal moved to London and 1911 she attended the sixth congress of the International Woman Suffrage Alliance (IWSA) in Stockholm. Collaborating with European women to document women’s voting rights around the world, they produced a book, Woman Suffrage in Practice, in 1913. Chrystal acted as the IWSA vice-president from 1913 to 1923.

During the First World War, British suffragists were divided between patriots and pacifists. Chrystal was a pacifist campaigner, spending time providing food for refugees and working to find peaceful resolutions to the war. She helped to organise the International Congress of Women in The Hague in 1915, which consisted of 1,150 women from North America and Europe discussing how to halt the war. Although 180 British women planned to attend the Congress, many were left unable to travel after Winston Churchill cancelled British ferry services. However, Chrystal attended the conference along with two other British women and was selected as a committee member. She championed the Congress’ proposals to heads of neutral states including President Woodrow Wilson, and some of their proposals were incorporated into Wilson’s Fourteen Points.

Chrystal was a delegate at the International Congress of Women in Zurich, which criticised the Treaty of Versailles. Along with other feminists, she took their resolutions to the 1919 Paris Peace Conference and advocated for the establishment of the League of Nations. Chrystal unsuccessfully lobbied for the separation of women’s nationality from their husband’s, and the women were mostly ignored at the Conference. The UN eventually changed the law on nationality in 1957, in part thanks to Chrystal’s tireless campaigning.

Following the passing of the Sex Disqualification (Removal) Act 1919, Chrystal applied to become a student of Middle Temple, believing that becoming a lawyer would be the most effective way to continue to campaign. Alongside her studies, she co-founded the Open Door Council which campaigned to repeal the legal restrictions on women and give women equal opportunity in the workplace.

Called to the Bar in 1924, she joined the Western Circuit in 1926 and became the second woman to be elected to its Bar Mess. She acted as counsel for the defence in six cases on the Western Circuit and continued to practise in the North London Session courts until 1936. From 1929 she also appeared at the Central Criminal Court in five cases for the prosecution and one for the defence.

Chrystal’s friend, the writer Cicely Hamilton wrote that she was: The right kind of lawyer, one who held that Law should be synonymous with Justice … Her chief aim in life – one might call it her passion – was to give every woman of every class and nation the essential protection of justice. She was, herself, a great and very just human being … She could not budge an inch on matters of principle but she never lost her temper and never bore a grudge in defeat.

In 1929 Chrystal co-founded the Open Door International for the Economic Emancipation of the Woman Worker and remained president until her death. She also worked to end sex trafficking and campaigned for the civil rights of prostitutes, opposing state regulation of prostitution. In 1935, she stood for election as a Liberal in Edinburgh North but received less than 6% of the votes. In May 1937, she wrote an article for the International Woman Suffrage News on the necessity of being impatient with regards to women’s rights. “Women like to think of men as their equals not their inferiors, so in this case the exercise of patience is not called for when men are behaving badly, disregarding justice and exhibiting a very unfounded sense of superiority”, she wrote.

In September 1937, Chrystal died of heart disease. In her obituary in The Scotsman, Chrystal is remembered as follows:
Miss Macmillan directed her whole energies to the important questions of securing women’s statutory, social, and economic equality with men… she demanded one law for men and women and fought out-of-date legislation and proposals. Women will never know how much they owe to her dogged persistence in fighting their cause.

A building at Edinburgh University is named after Chrystal, and the Middle Temple continues to award a Chrystal Macmillan Prize to an outstanding female law student.