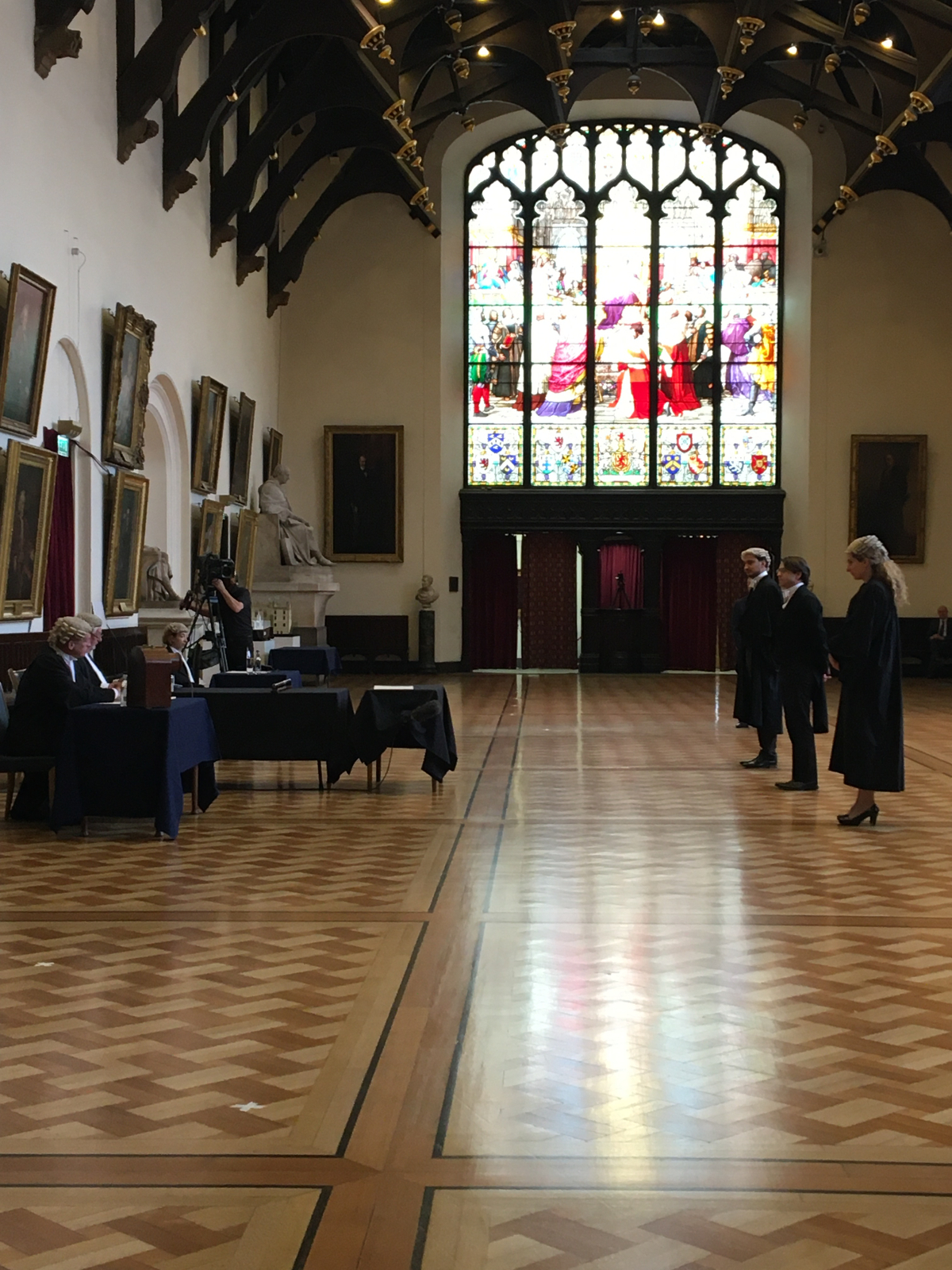 Nine new members have been admitted to the Faculty of Advocates in a second – and hopefully, last – calling ceremony under physical distancing.

The intrants were welcomed by the Dean of Faculty, Gordon Jackson QC, and admitted to the public office of advocate by Lord Ericht. The ceremony was held in Parliament Hall, to adhere to two-metre distancing.

Their admission completes the calling of the Class of ‘20, following a ceremony last month for 16 devils.

Mr Jackson said: “These are not normal times and today’s has not been the normal ceremony….but some things do not change…you have become part of a great national institution which has played, throughout its existence, a significant role in the legal and cultural life of this nation.”

Lord Ericht said pandemic was nothing new and recalled that, during the first few hundred years of its existence, the Court of Session regularly had to shut down or move to Stirling, Linlithgow or further afield when plague hit Edinburgh.

“But the Court and the College of Justice have adapted and survived and that’s because throughout their history they have had people like you…who have come forward to become advocates to offer your excellence, your integrity and your service to the people of Scotland,“ he added.

“You will be at the forefront of innovation and doing things in new ways. It gives me the greatest pleasure to welcome each and every one of you, and I look forward to seeing you on screen in my online virtual courtroom.”

Last word to the Vice-Dean, Roddy Dunlop QC, who wrote in a newspaper article this week: “This year’s newly-called advocates enter a world that would have been unimaginable when they first embarked upon devilling….the calling ceremonies for the Class of 2020 will, I hope, be unique: we all look forward to a world in which we can welcome the newly-called with something more heartfelt than a physically-distanced wave.”