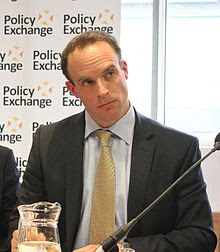 England and Wales’ first three Problem-Solving Courts (PSCs) are being piloted as part of the UK government’s £900 million drug strategy, based on evidence that this approach will most effectively turn such offenders away from crime and protect the public.

They will trial a tougher approach to community sentences for low-level criminals who would otherwise face short jail terms.

Under unique orders which can be issued by the PSCs, offenders will see the same judge at least once a month, have intense support and supervision from the Probation Service, and get wraparound services tailored to their individual needs – such as from substance misuse and recovery agencies, housing support and educational services.

They will also get treatment and undertake frequent, random drug testing where appropriate. Offenders will be offered the full range of treatment interventions to help them achieve abstinence.

The £8.25-million pilot will see two such courts launched at Liverpool and Teesside Crown Courts, while a further one at Birmingham Magistrates’ Court will focus on female offenders with complex needs, including substance misuse.

Justice Secretary Dominic Raab said: “Getting criminal offenders sustainably off drugs is the gateway to getting them into work and a law-abiding future. Only once offenders are drug-free can they grasp the opportunities of skills training and employment and turn their backs on crime for good.

“So these innovative courts will help us grasp the nettle of drug addiction, and make our streets safer.”

Judges and magistrates sitting in the PSCs will use incentives such as relaxing conditions to recognise good progress, as well as sanctions, such as increased drug testing and court reviews, when behaviour fails to meet agreed standards. They can also jail offenders for failure to stick to their sentence by imprisoning them for up to 28 days, up to a maximum of three times.

Maria (not her real name) was sentenced to an 18-month suspended sentence order and requirement to attend the Greater Manchester Women’s PSC, a precursor to the new pilot for women who offend.

She said: “At first, I was worried about being judged, but it’s not like that – sentencers are supportive and want to keep you on the right path.

“You have to want to change. But after you’ve made that decision it’s incredibly hard to do it on your own and that’s why things like probation and the PSC are so important, to keep you from slipping back.”