An appeal by one of two defenders in a £2.8 million settled action for medical negligence against a determination that a just apportionment of damages was one where he was assessed at a 100 per cent contribution has been refused by the Inner House of the Court of Session.

Muftah Eljamel, a consultant neurosurgeon employed by the second defenders, NHS Tayside. The pursuer played no part in the first defender’s reclaiming motion.

The appeal was heard by the Lord Justice Clerk, Lady Dorrian, sitting with Lord Turnbull and Lady Wise. Primrose QC and Watts, advocate, appeared for the reclaimer and MacNeill QC and Dundas, advocate, for the respondents.

On 4 February 2013, the pursuer attended Ninewells Hospital with complaints suggesting a nerve root compression. She was seen by the first defender, who determined that she should not be admitted to hospital and instead arranged for an outpatient MRI scan and discharged her to the care of her GP. The results of the scan caused the pursuer to be referred for private medical care at BMI Fernbrae Hospital, where she underwent a lumbar microdiscectomy operation performed by the first defender on 16 April 2013.

As a result of the operation, which was performed negligently, the pursuer suffered nerve root damage. Her condition deteriorated following the operation, but the first defender failed to organise an emergency MRI and revision surgery. It was agreed that had the pursuer been given an MRI in the 48 hours after she first presented at Ninewells and her surgery been performed sooner and by a neurosurgeon of ordinary competence, her now irreversible medical issues, including cauda equina syndrome, could have been avoided.

By joint minute, the defenders agreed that they were jointly and severally liable to make reparations of £2,810,118 to the pursuer subject to any apportionment between them as determined by the court. It was concluded by the Lord Ordinary that the moral blameworthiness and causative potency of the negligence for which the second defenders were responsible was vastly outweighed by that of which the first defender was responsible.

Senior counsel for the reclaimer submitted that the Lord Ordinary had wrongly concluded that the pursuer’s CES had only developed as a result of his negligence and had failed to take into account the implication that the pursuer was already suffering from CES by 4 February 2013. Further, he had failed to explain why he thought the blameworthiness of the first defender was so much worse than that of the second defenders.

For the respondents it was submitted that it was an incorrect reflection of the Lord Ordinary’s decision to say that he had treated their negligence as of no causal importance. Their negligence did not make the pursuer any more vulnerable to the subsequent operation, until which her condition had been relatively stable. Comparatively, the failure to prioritise carrying out a scan was correctly compared to the negligent infliction of harm during the course of an operation followed by a failure to carry out further investigations and revision surgery.

Lord Turnbull, delivering the opinion of the court, said of the Lord Ordinary’s opinion: “[The Lord Ordinary] correctly reflected the terms of [the] joint minute. He went on to note that the pursuer’s CES only developed after and as a result of the first defender’s negligence, not as a direct consequence of the failure to arrange an urgent MRI scan. It is clear that the Lord Ordinary had in mind the terms of the joint minute which set out that the complainer suffered complete CES as a consequence of the manner in which surgery was undertaken.”

Comparing the present case to a 2021 decision relied on by the reclaimer, Lord Turnbull noted: “The pursuer’s circumstances were also quite different from those which were present in the case of Widdowson’s Executrix v Liberty Insurance Ltd (2021), where the negligent health boards were presented with opportunities to interrupt the fatal consequences of the injury which that pursuer had already suffered in [a] road traffic accident and failed to do so. Had they done so the pursuer would not have died from his injuries. In the present case the correct approach for the Lord Ordinary to follow was to consider the comparative blameworthiness of the respective conduct on the part of each of the two defenders and to consider the respective causative potency of their negligence.”

He concluded: “Whilst [the Lord Ordinary] may not have explained in any detail why he considered the moral blameworthiness of the negligence for which the first defender was responsible to be far greater than that of the second defenders, the reasoning is perhaps obvious. More importantly though, his analysis of the causative responsibility for the pursuer’s injuries cannot be faulted. He was correct to conclude that the negligence of the second defenders did not cause any significant harm to the pursuer and that accordingly the causative potency in relation to the neurological harm suffered was nil.”

The reclaiming motion by the first defender was therefore refused. 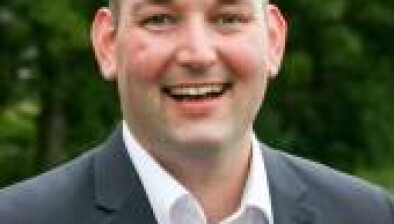 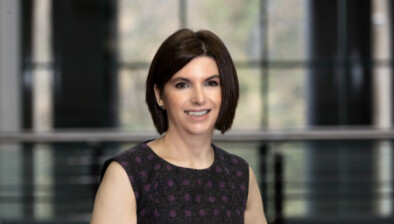