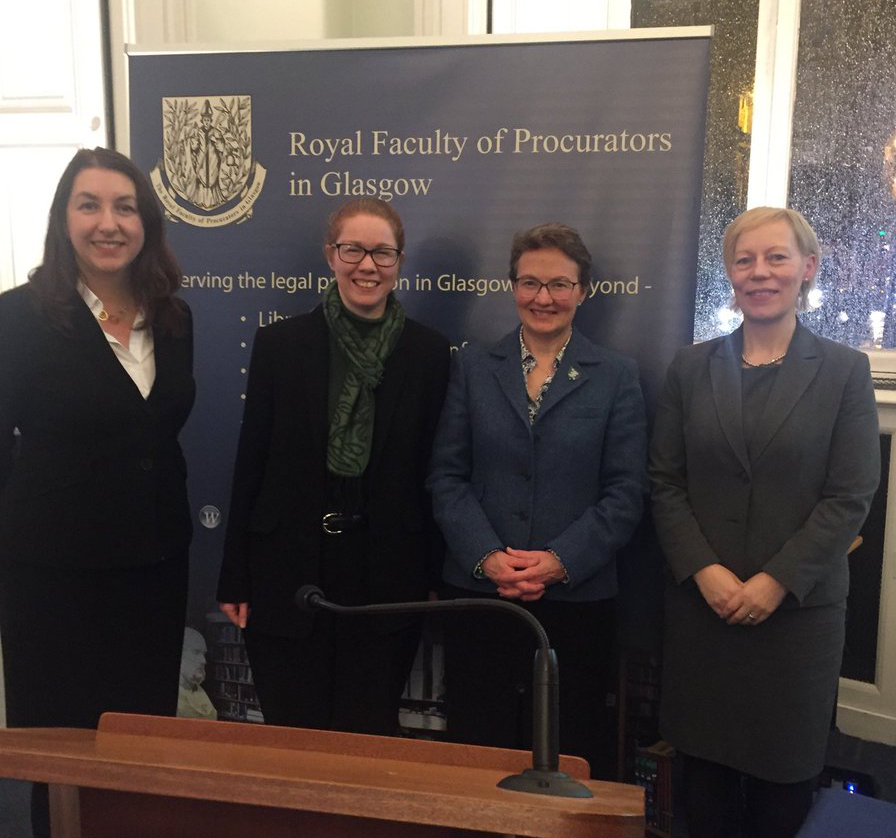 A stimulating and entertaining talk by Lady Wolffe to mark International Women’s Day (IWD) ended with a hope that such days could soon be consigned to history.

Lady Wolffe said it was 110 years since the first IWD in New York, and the day was now celebrated by millions of people – women and men – around the world.

“It is an occasion for women and men to promote positive steps for change, and this can only be a good thing,” she told an audience at the Faculty of Advocates’ IWD event, in the library of the Royal Faculty of Procurators in Glasgow.

“It is equally important to recognise the efforts of those before them who tried but did not succeed in overcoming barriers, the women who knocked on the doors before those doors were opened,” said Lady Wolffe.

Recalling her own days of “bar and babies”, Lady Wolffe said it was pleasing to see in recent years a rising number of women being admitted to Faculty and progress being made to retaining them and welcoming them back after any break.

“New policies and practical support – simple and mundane support but really important - are where the greatest strides have been made since I started at the bar. Then, it was not the fashion to take any significant maternity leave because you were seen to be ‘not committed’ - that has, hopefully, been dispelled. The new developments, not available in my time, are heartily to be welcomed. But there is no room for complacency.”

Drawing to a close, Lady Wolffe said: “If you take one message away from this talk, it should be that you do not need to be a ‘superwoman’ to succeed. You have to work hard, and make the best of opportunities, and take any bumps in the road in your stride and retain a sense of humour and proportion. Remember the efforts of those who preceded you, women who tried and failed but tried and persevered, and the men who helped achieve the necessary reforms.”

Lady Wolffe said she looked to the day when days like International Women’s Day “become superfluous”.