Jack Boyle: 2020 starts with a bang for employment law 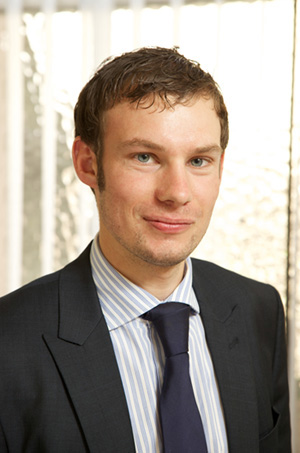 The Employment Tribunal has held that ethical veganism falls within scope of Equality Act 2010. Jack Boyle explains what happened.

Veganism has risen rapidly to its current position in today’s mainstream society. From the presence of plant-based food festivals nationwide to the large food chains adapting their menus to cater to vegans, taking notice of this movement has been as unavoidable as Brexit. Greggs rolled out (no pun intended) their own vegan sausage roll. Piers Morgan was not a fan when he sampled one live on television and had to (jokingly, I think) make use of a sick bucket. I mention this as an example only and do not endorse his views on vegans or veganism.

When something becomes such a force in society, as veganism has today, it is unavoidable that employment law will at some point have to grapple with it. Social media was the classic example whereby employment tribunals had to get up to speed with the ins and outs of various ways in which the use (or misuse) of social media can impact on the employment relationship.

An Employment Tribunal has decided that the beliefs of an ethical vegan are consistent with the religious or philosophical beliefs currently protected by UK law. Jordi Casamitjana raised a claim against his former employer, The League Against Cruel Sports. The Employment Tribunal in Norwich ruled that ethical veganism is capable of qualifying as a philosophical belief.

The Equality Act 2010 protects individuals from discrimination based on nine ‘protected characteristics’. Religion or belief is one of those and the one with which Mr Casamitjana’s case is concerned. In order to qualify for legal protection, a belief must be more than an opinion. It must be genuinely held and relate to a weighty and substantial aspect of human life and behaviour. The belief should also be sufficiently cohesive, cogent, serious and important. It requires to merit respect in a democratic society and must be compatible with human dignity. A belief cannot conflict with the fundamental rights of others. The case of Mr Casamitjana can be contrasted with another case from Norwich Employment Tribunal in autumn of last year when it was held that Mr Conisbee’s status as vegetarian was a ‘lifestyle choice’ and as such did not qualify for protection as a religious or philosophical belief (Conisbee v Crossly Farms Ltd).

What, then, is veganism? The Vegan Society uses the following definition: “A philosophy and way of living which seeks to exclude—as far as is possible and practicable—all forms of exploitation of, and cruelty to, animals for food, clothing or any other purpose; and by extension, promotes the development and use of animal-free alternatives for the benefit of humans, animals and the environment. In dietary terms it denotes the practice of dispensing with all products derived wholly or partly from animals.”

It is worth drawing a distinction between dietary vegans on the one hand (who simply do not eat animal products), and ethical vegans like Mr Casamitjana on the other hand. He argued, successfully, that the latter is a deeply held philosophy about the rights and dignity of animals which goes far beyond just an eating habit.

What other philosophical beliefs have previously been afforded or declined legal protection? In 2010, a belief that mankind is heading towards catastrophic climate change and that we were under a moral duty to lead our lives in a manner which mitigates or avoids this catastrophe was given protection by the Employment Appeal Tribunal. Similarly, in 2009, a belief in the sanctity of life manifesting in a passionate anti-fox hunting and anti- hare coursing belief was also protected by an Employment Tribunal. In contrast, a belief that a poppy should always be worn in early November was held by the Employment Tribunal to be lacking the required cogency, coherence and importance to warrant protection.

This is a landmark decision. I was asked by a friend a few months ago whether it was discriminatory for his vegan boss to tell him to get his ham sarnie out of the communal office fridge. My answer at the time was no. If I were asked that question today, in light of the Casamitjana decision, my answer would have to be yes.

Jack Boyle is a director at Blackadders LLP