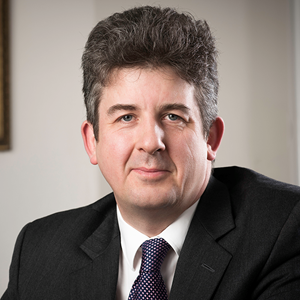 There is a real risk of unintended consequences from this noble attempt to provide greater clarity, transparency and consistency in hate crime law, writes Fred Mackintosh QC of Terra Firma Chambers.

The Justice Committee’s call for views on the Hate Crime and Public Order (Scotland) Bill closes on 24 July. When the bill was first published there was a strong reaction from religious, secular and other groups who thought that the proposed legislation was an attack on freedom of speech. This was followed by a response to those criticisms from the Cabinet Secretary for Justice reminding us of the harm done in our society by those who stir up hatred and the resultant need to act in order to criminalise that harm.

Scottish Ministers have explained the bill implements the recommendations made in Lord Bracadale’s independent review of hate crime laws: however even though the bill broadly follows his Lordship’s recommendations, decisions have been made by the drafters which will have consequences for those in the theatre and the criminalisation of private speech and behaviour within the home.

Part 1 of the bill consolidates existing hate-based aggravators and widens the class of protected groups. It is relatively uncontroversial and imposes procedural steps on courts to ensure such aggravations are recognised, recorded and taken into account in the sentencing process.

However, it is Part 2 of the bill which has attracted most attention. Stirring up racial hatred was first criminalised by section 70 of the Race Relations Act 1976. Six specific offences were later created in Part 3 of the Public Order Act 1986 and remain in force, albeit relatively rarely used. They are: (i) use of words or behaviour or display of written material, (ii) publishing or distributing written material, (iii) public performance of a play, (iv) distributing, showing or playing a recording, (v) broadcasting or including programme in a cable programme service and (vi) possession of racially inflammatory material, all such as ‘are likely or intended to stir up racial hatred’.

Lord Bracadale has recommended these provisions be revised and consolidated in a new act. He considered the provisions ‘somewhat complicated and cumbersome’ and could be simplified.

Scottish Ministers propose the consolidation of the first four offences listed above (currently in sections 18 to 21 of the 1986 Act) into a single offence in what will be sub-section 1(1) whilst the sixth (section 23 of the 1986 Act) now appears in part as clause 5 of the new bill. Section 22 (which deals with broadcasting) is unchanged and effort has gone into ensuring that internet service providers who act as conduits are not criminalised.

Conduct will only be criminal under the sub-section 1(1) offence if it is threatening, abusive or insulting and either the offender intends to stir up hatred against a group of persons based on the group being defined by reference to race, colour, nationality (including citizenship), or ethnic or national origins or as a result, it is likely that hatred will be stirred up against such a group.

The second offence (in what will be sub-section 1(2)) relates to the stirring up of hatred against a much wider range of groups and for that offence to be committed the conduct must be threatening or abusive.

However, the problem with consolidating the four offences into one is that some of the specific detail and defences which are an important part of the existing separate offences have been lost.

All five of the existing defences have a defence which enables the argument to be made by an accused, who did not intend to stir up racial hatred, to prove he did not intend, and had no reason to suspect, that his conduct was threatening, abusive or insulting. It is proposed that this defence now be replaced by an objective ‘reasonableness’ defence which is set out in sub clause 3(4) and (5).

It is possible that persons who might have succeeded with the old defence – which turned on their knowledge and understanding – will fail to meet a prosecution and shrieval assessment of whether their conduct was objectively reasonable. Sheriffs will have to decide, for example, whether conduct by stand-up comics, preachers, journalists, writers, tweeters and indeed the merely angry is ‘reasonable in the circumstances’ in order to engage the new defence of reasonable conduct.

The Racial and Religious Hatred Act 2006 in England and Wales did not provide a defence of lack of knowledge in respect of hatred offences related to religion or sexual orientation either, but it limits the criminalisation of conduct to that which is ‘threatening’ rather than also that which is defined as ‘abusive’.

The decision to create a pair of single offences rather than a range of separate ones (as in the 1986 Act) has a further consequence for private behaviour within a dwelling house. The old offence of use of words or behaviour or display of written material intended to stir up racial hatred had a defence (in sub-sections 18(2) and (4)) which allows an accused to prove he was inside a dwelling and had no reason to believe that the words or behaviour used, or the written material displayed, would be heard or seen by a person outside that or any other dwelling. That defence does not appear in the new bill.

Are Scottish Ministers clear that, as currently drafted, the bill will criminalise conduct even when the accused had no reason to believe that what they have said or written would be heard or seen outside their home?

The changes (set out in clause 4 of the bill) that relate to the public performance of a play as defined in the Theatres Act 1968 also remove an important protection. The existing offence, under section 20 of the 1986 Act, criminalises people who present or direct a performance and either intend to stir up racial hatred or where racial hatred is likely to be stirred up. Sub-section 20(4)(a) specifically excludes from the offence person whose only involvement was as a performer. Actors are not, as yet, criminalised by speaking words in a script that are likely to stir up racial hatred, but directors, producers and theatre owners can be.

One would imagine that plays, musicals, opera and ballet are not the primary evil against which the bill is focused, but given the relative power balance in a theatre production between the actors on one side and the producer, director and promoter on the others, it would be helpful if Scottish Ministers could explain why they consider it necessary to bring actors and other performers into the scope of the legislation.

Scottish Ministers are anxious to reassure those with concerns about freedom of expression (and specifically by reference to Article 10 of the European Convention of Human Rights) that there are specific protections for freedom of expression about religion and sexual orientation in clauses 11 and 12 of the bill, but it is significant that these are simply lifted from sections 29J and 29JA of the 1986 Act and relate to the offences created by the Racial and Religious Hatred Act 2006 which criminalise only threatening behaviour that is intended or likely to stir up hatred against groups defined by religion or sexual orientation. It may well be an offence that criminalises only threatening behaviour needs fewer safeguards for freedom of expression than one which also criminalises abusive behaviour.

As the European Court of Human Rights put it in Handyside v the United Kingdom (1979-80) 1 E.H.R.R. 737 § 49, freedom of expression “is applicable not only to ‘information’ or ‘ideas’ that are favourably received or regarded as inoffensive or as a matter of indifference, but also to those that offend, shock or disturb the State or any sector of the population”. Without greater clarity regarding the sort of conduct which is currently not criminal but which the Scottish Ministers wish to criminalise, the concerns of those who fear the effects of these proposed new offences are unlikely to go away.