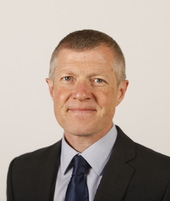 Scottish Liberal Democrat leader Willie Rennie has today marked half a decade since the tragic M9 crash in which John Yuill and Lamara Bell died, and criticised “glacial and agonising” delays which mean that a fatal accident inquiry (FAI) has still not taken place into the crash and the police’s failure to respond for three days.

It has been five years since the crash and four years since Lord Advocate James Wolffe QC wrote to Mr Rennie to confirm, like his predecessor Frank Mulholland, now Lord Mulholland, that he was certain an FAI would take place.

Mr Rennie is calling for comprehensive reform of the FAI system to prevent more “unforgivable” delays and avoid more grieving families becoming “trapped” in a process that takes years to tell them what happened to loved ones.

Mr Rennie said: “It is unforgivable that five years on from the M9 crash, the families and friends of Lamara and John are still waiting to find out what precisely happened. The wait has been glacial and agonising.

“It has been five years since the accident. It has been four years since the Lord Advocate told me it would be ‘inconceivable’ not to hold an FAI ‘given the public concern over this tragedy’. I warned then the wait was already too long. I am appalled.

“The Crown Office has shown itself incapable of handling FAIs. It has let down too many families and public can’t have confidence in a system that routinely subjects people to these delays. It is therefore time to look at removing FAIs from its responsibilities. We need a comprehensive new system of checks and balances to drive the process forward.”

He added: “Two families waiting years for closure is a scandal, but the fact Scotland’s broken FAI system routinely does this and worse to family after family is horrifying. It is adding to their torment.

“Years tick by without lessons being learned, potentially putting more lives at risk and undermining the value of the whole process. Recollections get vaguer.

“I’ve lost count of the number of times warnings and heartache have been met with promises of change. I’m sick of seeing more grieving families become trapped in this prolonged process.”

A spokesperson for the Crown Office and Procurator Fiscal Service said: “The nature and extent of the investigation required in relation to any death or group of deaths will depend on the particular circumstances.

“COPFS progresses each investigation as expediently as it can.

“To improve performance in the investigation of deaths, COPFS has employed the equivalent of 14 additional staff, including eight lawyers, and has made changes to the way it manages its work.

“A modernisation project, which has a particular focus on clearing a backlog of cases, has been implemented and new cases are being dealt with more effectively.”

They added: “The numbers of Fatal Accident Inquiries (FAIs) concluded in evidence by the Crown in the last two financial years has increased by almost 40 per cent from 42 (in the year ending 2018-19) to 58 (in the year ending 2019-20). As at the week commencing 23 March 2020, the time when public health restrictions commenced, the Crown had initiated 33 FAIs with the Scottish Courts and Tribunal Service (SCTS).

“However, FAIs are just one part of the system for investigating deaths. In the years 2018-19 and 2019-20 COPFS received 10,397 and 10,921 deaths reports respectively. In many deaths lessons are often learned and answers given to bereaved families without the need for an FAI.

“Through the application of additional resources and modernised working practices COPFS is striving to ensure the investigation of sudden and unexpected deaths in Scotland will be both thorough and timely.”