On 19 August 2020, the New Zealand High Court issued its judgement in a challenge that had been brought to determine the lawfulness of that country’s initial COVID-19 lockdown measures.

The High Court has jurisdiction in more serious civil and criminal cases as well as in judicial review (equivalent to the Outer House and High Court of Justiciary). Its decisions can be appealed to New Zealand’s Court of Appeal and in certain cases to the country’s Supreme Court. While it normally sits with a single judge, the importance of this case is illustrated by the use of a panel of three judges including the Chief High Court Judge.

The challenge was brought by Andrew Borrowdale, a lawyer and former Parliamentary drafter, against the chief civil servant of the Ministry of Health (the Director-General) and the Attorney-General. The case involved three causes of action alleging that the restrictions imposed were unjustified limitations on the rights of freedom of assembly, association and movement protected by the New Zealand Bill of Rights Act 1990 (the NZBORA) (an act with both a number of similarities to and differences from the Human Rights Act 1998).

The three causes of action concerned:

1. The lawfulness of directions and public announcements given by the Prime Minister (Jacinda Ardern) and others during the first nine days of the lockdown;

2. The lawfulness of three public health orders made by the Director-General (D-G) in March and April) under emergency powers conferred under the Health Act 1956; and

3. An argument that part of the D-G’s first order was invalid because it unlawfully delegated some of the D-G’s powers to other officials.

The High Court chose to begin with the legality of the lawfulness of the three orders made before turning to the first cause of action concerning the public announcements. In this respect, it had to consider how the D-G’s power to make public health orders was to be interpreted in light of the rights found within the NZBORA. If the court found that those provisions had been breached it would then need to consider whether such a limitation of rights were “reasonable limits prescribed by law as can be demonstrably justified in a free and democratic society” under s 5 of the NZBORA.

In interpreting the power to make the orders, the court was keen to point out that such public health powers are restrictive and that they can cause personal liberties to yield to the greater good but that their exercise is limited both in their triggering circumstances and their duration with Parliament being required ultimately to pass appropriate bespoke legislation to provide a longer-term response (as it did with the COVID-19 Public Health Response Act 2020 of 13 May). After considering in detail various points of challenge to the interpretation of the enabling power for the orders, the court held that when interpreted in light of its purposes and context, that power was sufficient authority for the making of the orders disposing of the second cause of action.

Turning then to the first cause of action, the court focused on the announcements made by the Prime Minister and others during the first nine days of the lockdown put in place by the New Zealand government. In various statements and communications, New Zealanders were directed in broad, and seemingly mandatory, terms to stay at home and avoid associating with others outside their households. This included statements that the government would take steps to enforce the lockdown if people did not comply with these directions.

The challenge to these statements was that they went beyond what was actually provided for, in terms of the extent of restrictions on normal activities, by the first public health order that was made and that this level of restrictions were only actually provided for in the second order nine days later. The directions of the PM and others were said therefore to be state actions which restricted or suspended rights normally available to New Zealanders without a lawful basis. This was said to be a “pretended power of suspending of laws” by the executive contrary to s 1 of the Bill of Rights Act 1688 (which was received into the laws of New Zealand as a former colony). In doing so, the challenge drew on the famous NZ constitutional case of Fitzgerald v Muldoon ([1976] 2 NZLR 615) in which that ancient provision had been successfully used to strike down the actions of a previous PM, Robert Muldoon.

It was accepted that the restrictions conveyed in the statements were more extensive than those in the first order but there was a disagreement between the parties as to whether they were merely guidance or commands to the population. The High Court found that the statements created the overwhelming impression that the restrictive measures as part of the lockdown in the first nine days were what was required by law. The court also found that they were a restriction on rights under the NZBORA and that, given the less extensive reach of the first public health order, they did not have any legal authority or basis (though the court noted that the D-G had the full ability to make such a wider order in the first nine days). Ultimately, while the state had had the power to impose the restrictions directed in the first nine days of lockdown, its statements had exceeded the way in which that power had actually been exercised in the first order. This was not, however, a case that properly fell within s 1 of the 1688 Act as it was neither a pretended suspension or execution of laws made by Parliament.

Finally, on the third cause of action, as to whether there had been unlawful delegation, the court had to consider essentially how the list of essential services which had been determined couldremain open was determined between different government departments and ministries. In this respect, the court found that other departments were applying the terms of the relevant order rather than being delegated the powers of the D-G to make it.

Given the failure of the second and third causes of action, the High Court had to consider what relief to grant on the first cause of action only. Mr Borrowdale sought only a declaration. The Crown opposed this arguing that the question was now academic with the situation having been regularised after the first nine days of lockdown. The court noted that there were good reasons both for and against the making of a declaration and that error made by the Crown, under considerable pressure, had been in failing to correctly use the powers available to it to impose what were accepted to be reasonable and proportionate restrictions rather than a more serious breach.

Ultimately, in deciding to make the declaration, the court noted: “The rule of law requires that the law is accessible and, so far as possible, intelligible, clear and predictable. As Lord Bingham has explained extrajudicially, if individuals are ‘liable to be prosecuted, fined and perhaps imprisoned for doing or failing to do something, we ought to be able, without undue difficulty, to find out what it is we must or must not do on pain of criminal penalty’. The required clarity was lacking here. Although the state of crisis during those first nine days goes some way to explaining what happened, it is equally so that in times of emergency the courts’ constitutional role in keeping a weather eye on the rule of law assumes particular importance. For these reasons we conclude that it would be appropriate to make a declaration.”

The background materials in the judgement, its explanation of the steps taken and its survey of the history of public health/infectious diseases legislation provide an interesting insight into the overlapping areas of political response, public health and civil defence/emergency management legislation. The tone of the litigation also appears to have been overwhelmingly civil with the claim being one which sought, somewhat apologetically even, to ensure that the state’s use of emergency powers and the rule of the law were properly scrutinised rather than challenging the fundamental character of the government’s response. It is also fascinating to see that acts that might be seen as historical, such as the Bill of Rights Act 1688, are still recognised as having a lasting importance in the
common law.

For those who are interested in learning more, the hearing and judgement have generated quite a lot of other further comment (see for instance here, here and here).

Fergus Whyte is an advocate at Arnot Manderson Advocates. He has previously practised as a barrister and solicitor in New Zealand. 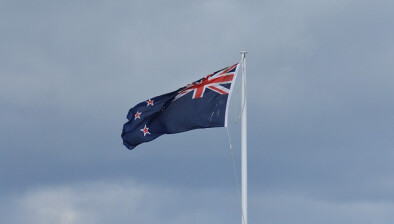 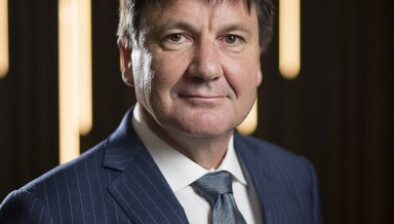 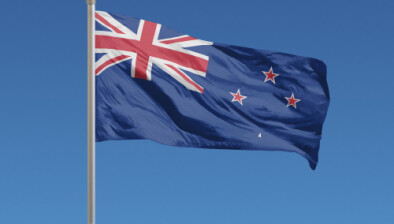