Confessions of a Barrister 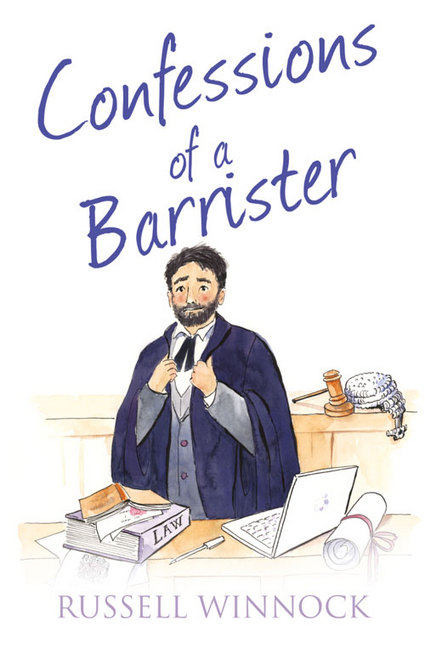 The gavel, a device never used in the English courts, features on the cover of Confessions of a Barrister – and is a harbinger of things to come.

The book is an anonymised account of the trials and travails of criminal barrister, “Russell Winnock”, who called in 1999. But, the title notwithstanding, his “confessions” are few and far between. Bemoaning successive governments’ maltreatment of the legal aid budget, stating juries would decide differently if bad character evidence were admitted and suspecting your client is unequivocally guilty are not “confessions”, just everyday truths of the profession.

Winnock (rightly) describes the oft-asked question “how do you defend someone who you know is guilty?” as “perplexing” before explaining the presumption of innocence. However, he disavows this legal axiom in a later chapter when reading the indictment in a vile case: “I had to prepare for the prospect of confronting his daughters with their ‘lies’ and putting forward my client’s case, when I knew that the accounts given by the women were absolutely and impeccably truthful.”

How could he possibly know this?

Perhaps this is just a sop to the guilty-until-proven-innocent revivalists, such as our new Foreign Secretary, who, in 2014, called for a reverse presumption to be imposed on people travelling to war zones without informing the authorities.

But we should not expect such sound and fury from the Bar and the author should not apologise on behalf of criminal practitioners for doing their job and upholding the rule of law. This is bizarre in a book ostensibly authored by a criminal barrister, however green.

While short on saving graces, the book nevertheless has a few interesting facts, including the routine dilemma thick briefs pose between financial self-interest and a barrister’s duty towards his client or the author’s legally and morally dubious act – the confession – of postponing an adjudication until after the release date of a prisoner, incurring the ire of an incensed judge, but not that of the Bar Council.

With its “top 10” chapters and cringe-inducing romantic sub-plot, the book reeks of design by committee – the original authorial voice flattened out until it reads like an entry from Simple English Wikipedia. Full of laboured descriptions, mawkish sentiments and dialogue so stilted it must be fabricated, Confessions of a Barrister, in trying to appeal to everyone, appeals to no one.

Confessions of a Barrister by Russell Winnock. Pub by The Friday Project/Harper Collins, 321pp. £8.99.