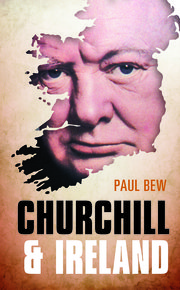 Churchill’s close links to Ireland and his involvement in Irish politics have been somewhat underplayed in most biographies, a state of affairs that is remedied in Paul Bew’s concise but thorough book.

In 1922 he paid the price when he lost his seat in Dundee where working-class catholic Irish, many enfranchised for the first time, punished him for introducing Black and Tan terror into their homeland. The local Bishop branded Churchill, responsible for the deaths of 17,000 Irish troops at Suvla Bay, “an oily-tongued adventurer” and announced that voting against the English aristocrat was the right thing to do. Churchill’s vast meetings in Dundee were subsequently broken up by crowds singing The Soldier’s Song and The Internationale and when he lost his seat he was chased out of the city by a mob ridiculing him as a “WC without a seat”.

Churchill could be conciliatory towards both nationalist and unionist communities. He famously preferred “jaw, jaw to war, war” but his attitudes were invariably conditioned by his own self-serving political requirements of the time.

His admiration for the “ancient Irish race” and their warrior qualities did not stop him squandering their lives in the Dardanelles or from unleashing the Black and Tans in 1920 with disastrous and disgraceful consequences.

He was, after all, an adventurer and an “oily-tongued” one at that.