The Scottish Parliament: Law and Practice 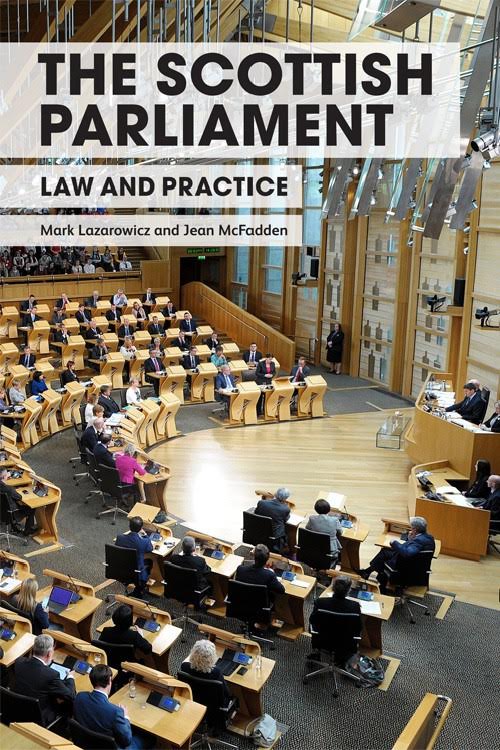 Often mis-attributed to Bismark, the poet John Godfey Saxe is reputed to have said that “Laws, like sausages, cease to inspire respect in proportion as we know how they are made”. The authors of this book are both lawyers with a wealth of political experience, and this combination makes them well placed to consider both the internal working of the Scottish Parliament and the constitutional context within which it operates.

The stated aim for the text is that it should be concise but comprehensive. It gives a full explanation of the workings of the Scottish Parliament and the context within which it operates. The explanation is illustrated by details from the history of the Scottish Parliament and the Scottish Government since 1999. There are also references in places to how the devolution process has operated in Wales, which make a useful comparison. The “making sausages” parts of the book are Chapters 4 (How the Parliament Works) and 5 (Making Laws). These provide a helpful discussion of the process. There are three other chapters which I am sure will be of particular interest: Chapter 7 (Relations between Scotland and Westminster) Chapter 11 (The European and International Dimensions) and Chapter 12 (Reshaping Britain). The case of Miller v Secretary of State for Exiting the European Union is discussed.

The book notes how frequently the Sewel convention is used in practice, while the Miller case confirmed doubts about the practical legal effect of an amendment to the Scotland Act 1998 which sought to enhance their position.  The four successful challenges to Acts of the Scottish Parliament have all been based on breaches of the European Convention on Human Rights.  This indicates the significance of the ECHR in the current Scottish constitutional set-up.  The potential effects of Brexit are referred to.

The book is clearly written and informative. It will be very useful to students and legal practitioners needing an accessible source of reference to the work and workings of the Scottish Parliament.