Beyond Reasonable Doubt: A Memoir by Ross Harper 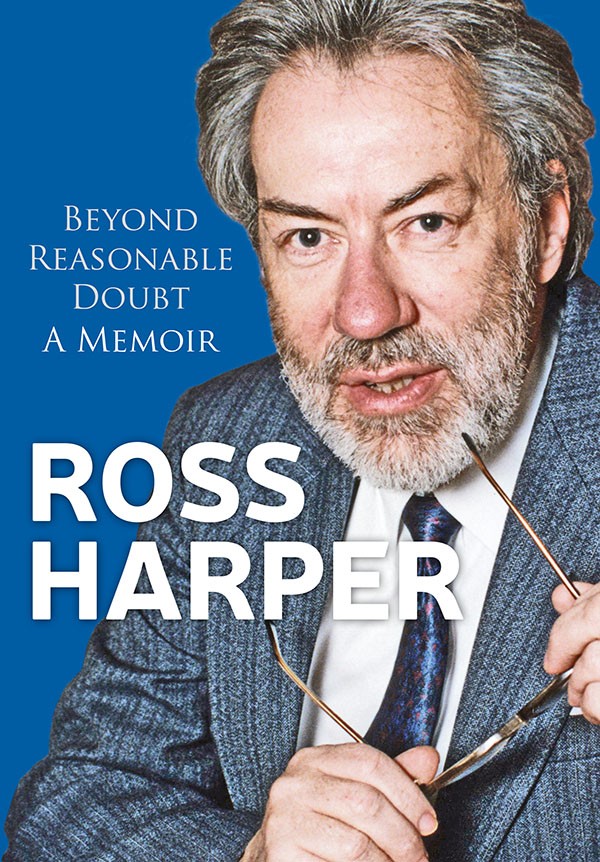 Ross Harper, as author of this biography, certainly needs no introduction to Scottish lawyers given the number of legal roles, both in Scotland and at the International Bar Association, which he undertook during his lengthy career. That career included academia and the judiciary but, of course, foremost in the field of criminal law founding the firm that bore his name. However, this account goes much further and covers his wide-ranging interests and thoughts on politics, fishing and bridge.

Ross Harper is now 81, living out his retirement “finishing a second .. glass of Oyster Bay wine, a coffee and a cigar..being commanded to play chess by my grandson…and watching cricket tennis or football..” in Perth, Australia. It is appropriate for him to recount his memories which are fundamentally about Scotland, its political and legal context from the 1950s to today.

This is probably not a book aimed at legal purists. It does include references to renowned cases in which Ross Harper was directly involved such as the “Glasgow Rape Case”. However, including more by a way of legal background and context in relation to these cases or as to who exactly were the famous lawyers of the past might have benefitted the understanding of these sections for the current generation of lawyers. Certainly, since the Glasgow Rape Case is of current interest as the outcome of the families’ application for a private prosecution in the Bin Lorry case is awaited, its significance in being the only earlier successful application for a private prosecution could have been emphasised. The inclusion of an index too would have been helpful for reference purposes given his exposure to a “wide variety of people in positions of great fame and political power”.

What are genuine strengths of this account are foremost his personal memories about his family and how his upbringing and education shaped and influenced him as the highly regarded criminal lawyer of his generation.

For the non-legal reader, there is much to pick and choose from chapters, including the law, ranging from his addiction to (cigar) smoking, fishing, bridge and politics. By the end, the reader will have had a whistle-stop and personal account, at times quite pithy, of Ross Harper’s varied career and life.