Arrivals and Sailings: The Making of George Wyllie 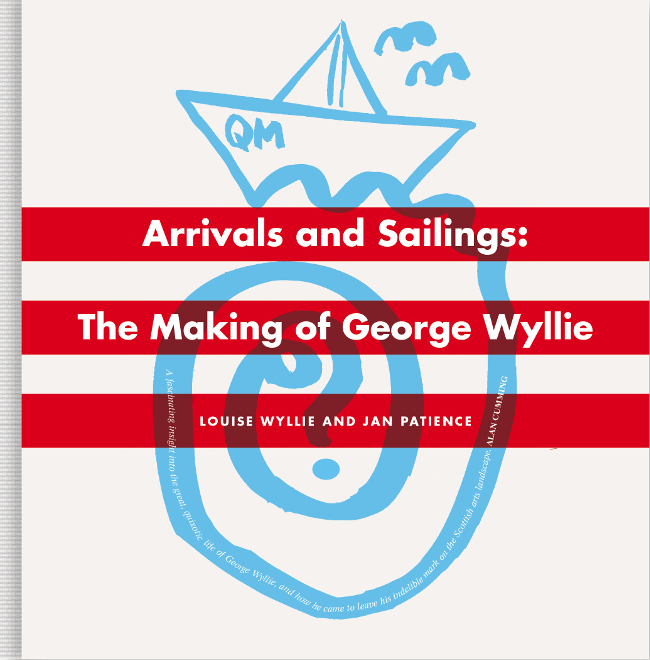 George Wyllie is remembered as a bunnet-wearing, boiler-suited artist in late middle age who burst onto the contemporary art scene in the late 1980s with two major performance-based installation works, The Straw Locomotive (1987) and The Paper Boat (1989).

These profound large scale works questioned the thinking behind the disappearance of major industries such as locomotive-building and shipbuilding from his native Glasgow.

Wyllie’s work and fearless approach influenced a generation of young artists and set the scene for Glasgow becoming world-famous as a centre of excellence in contemporary art.

He called himself a “scul?tor” because, he said, he was never sure he actually was a sculptor. Constant questioning remained at the centre of all his work until his death at the age of 90 in 2012. As this new biography reveals George Ralston Wyllie was always an artist in progress.

Beautifully illustrated, Arrivals and Sailings is an artwork in itself and mirrors Wyllie’s way with words and pictures with quirky chapter headings such as Cutlery Goes Missing and Disadvantaged by a Happy Childhood.

Wyllie’s whole life was about turning ideas on their head and making things; be it music, poetry, performances, sculptures, drawings, paintings and mischief. It paints a vivid picture of how early influences shaped his thinking as a mature artist. A must-read for anyone interested in what makes a person a creative individual.

Arrivals and Sailings: The Making of George Wyllie by Jan Patience and Louise Wyllie. Published by Polygon (£25, hardback)