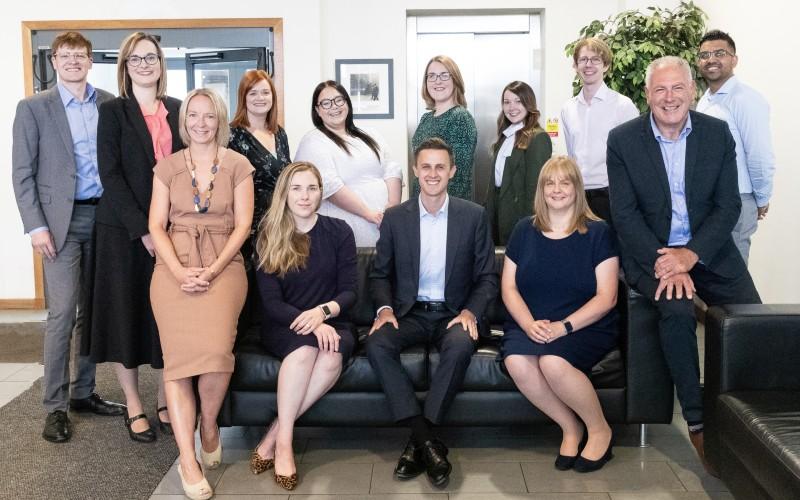 The new partners are Kathleen-Erin Lawson in Edinburgh, Susan Dunn in Cupar and Chris Gardiner in Dundee.

As an accredited specialist in personal injury law, Ms Lawson pursues complex, high value cases involving life changing injuries within the dispute resolution and claims team. She takes a proactive approach to litigation and has been key to securing an after the event (ATE) insurance product, assisting clients’ ability to litigate their claims to achieve a positive outcome – a great asset for clients. Kathleen has been with the firm since joining as a newly qualified solicitor in 2008 and has since contributed to the growth and success of the Edinburgh Personal Injury team.

Ms Dunn has been with Thorntons since 2001 when she was a trainee and has since worked across the firm’s Angus offices, then Perth, St Andrews, Anstruther and now Cupar. As a key member of the residential conveyancing team in Fife, Susan’s expertise includes house purchases, sales, remortgages and transfers of title.

Also starting with the firm as a trainee in 2014, and now based in the private client team in Dundee, Mr Gardiner advises individuals and families on asset protection and tax efficient succession planning, including the drafting of wills and powers of attorney. As a member of the Society of Trust and Estate Practitioners, he helps families plan for the future and navigate difficult situations following family bereavements. During his career, he has also established and now administers several large charitable trusts that have a positive impact both locally and nationally.

The four new legal directors are: Gurjit Pall from immigration law in Glasgow, Stephanie Watson from personal injury in Edinburgh, Lisa Hainey from wills, trusts and succession planning in Cupar and Cheryl Wallace from family law, also in Cupar.

The new associates, Michaela Dougan from personal injury and Hannah Fitzgibbon from wills, trusts and succession planning, are both based in Edinburgh.

Finally, the three new senior solicitors are Andrew Sergeant from commercial real estate in Edinburgh, Iain Boyd from dispute resolution and claims also in Edinburgh and Stacey Jackson, from wills, trusts and succession planning in Arbroath.

Thorntons chair, Colin Graham, said: “Supporting our people and culture remains a core pillar in our five-year strategy and fostering an environment for learning and development is key to that. It is always a privilege to recognise the hard work of individuals and award promotions.

“Kathleen-Erin, Susan, Chris, Gurjit, Stephanie, Lisa and Cheryl are fantastic assets who will further boost our leadership team and it’s great to recognise the development of our solicitors and senior solicitors too.”