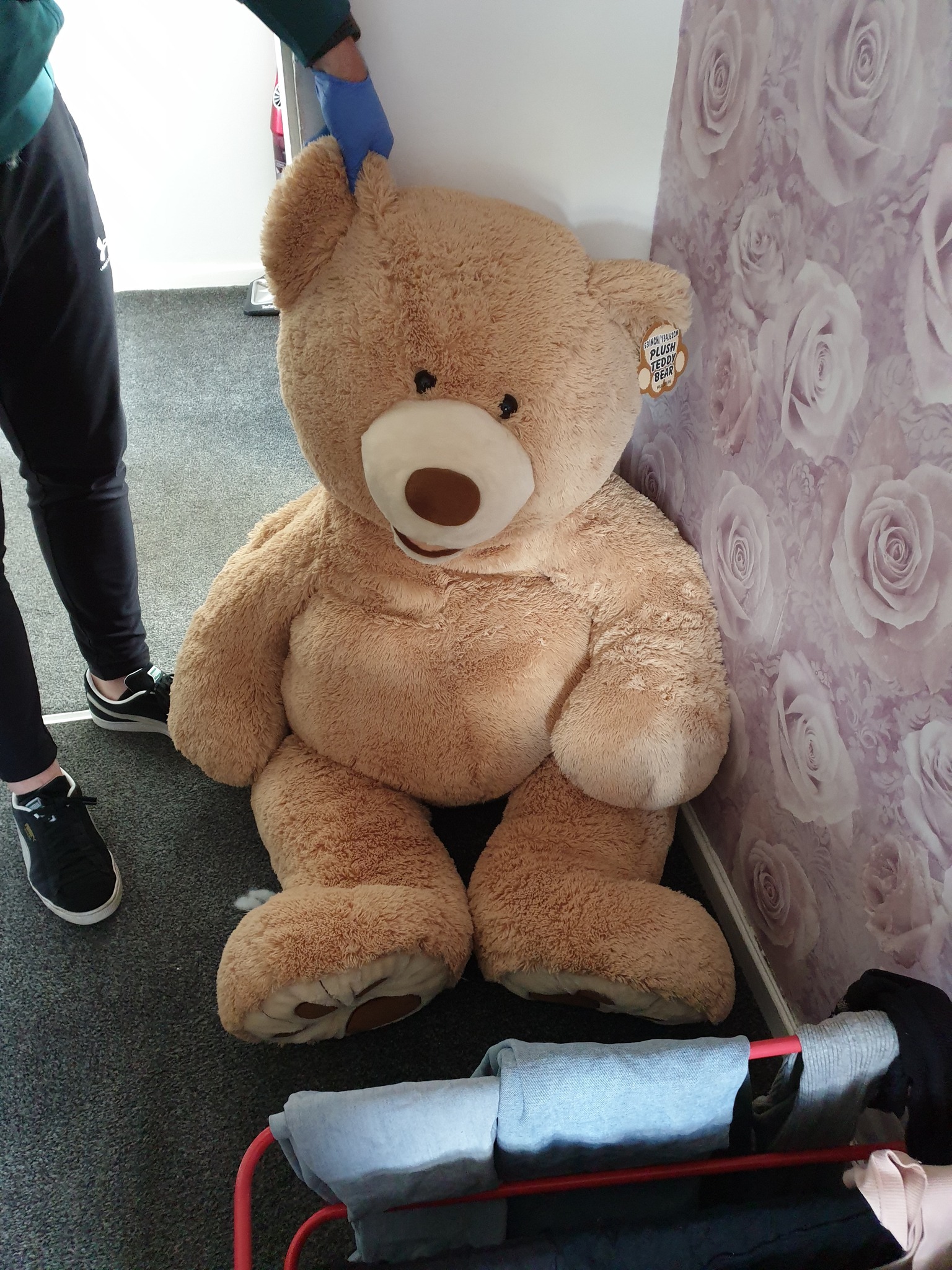 Police hunting for a convicted car thief have said they found him hiding inside a giant teddy bear.

Joshua Dobson, 18, fled after being sentenced to nine months’ imprisonment for theft of a motor vehicle, driving while disqualified and making off from a petrol station without payment.

Greater Manchester Police said Dobson had attempted to hide from officers when they went to arrest him, but they were suspicious of a large teddy bear which appeared to be breathing.