Marshall Hall: A Law unto Himself 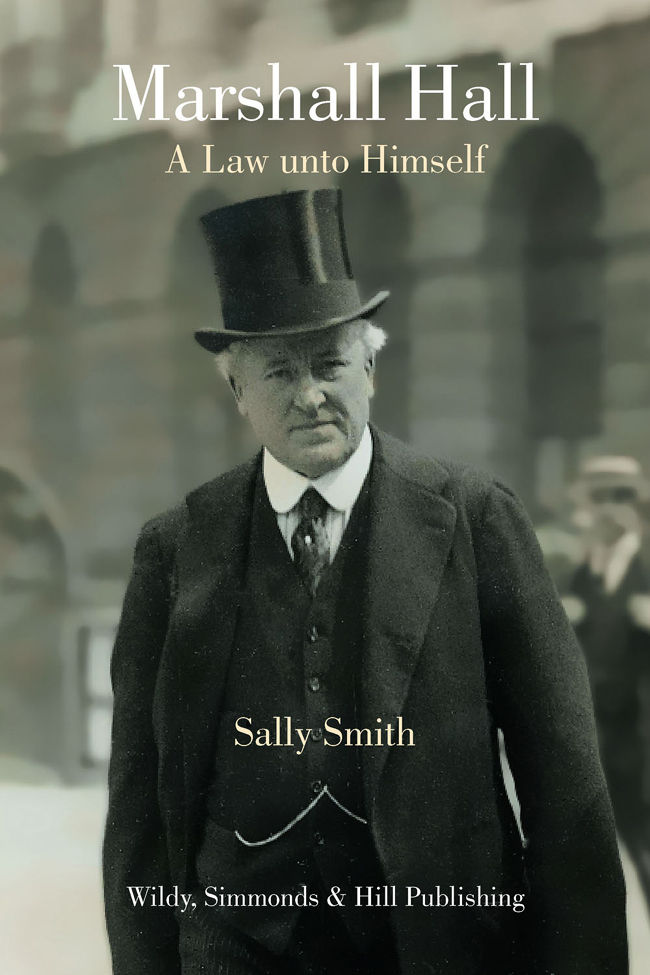 Advocate Stephen O’Rourke is impressed with a new biography of the great barrister Marshall Hall.

Smith has researched every facet of Marshall’s life (as he was always known), from his childhood in Brighton and public school days, to his plethora of correspondence and the minutiae of his famous cases. But whereas detail can often cloy a good narrative Smith brings a lightness of touch and leads you on through Marshall’s extraordinary life and work, his rebellious nature never far below the surface. Smith, herself a highly accomplished advocate in criminal and medical law, paints the entire canvas in its Edwardian glory: cognac in smoke filled London clubs, night sittings in Parliament then straight to court, and black tied theatre impresarios interrupting the evening’s performance to announce the verdict in Marshall’s latest trial. And then there’s his intriguing private life including two marriages, many mistresses and the ghastly death of his first wife and the trial of her killer.

Smith’s enthusiasm for her subject is infectious, and the book is all the more readable for it: and what a character he is to consider - because for the first twenty-five years of the twentieth century Marshall was quite simply the most famous trial counsel in England, beloved by the public and bewitching to jurors, but all too often clashing with the bench and then roasted by the press. His wit was legendary (Judge: “Mr Marshall Hall, is your client familiar with the doctrine res ipsa loquitur? Marshall: “My Lord, in the remote hills of County Donegal from where my client hails they speak of little else.”), but it came at a price.

Was Marshall Hall the greatest advocate of them all? Certainly Lord Birkett included him in his roll call of history’s six outstanding advocates (together with Patrick Hastings, Edward Clarke, Rufus Isaacs (who in 1898 took silk with Marshall), Charles Russell and Scotland’s own Thomas Erskine): and while in the final analysis he may not have been in the first rank of legal minds, he was certainly the consummate trial counsel.

Smith shows us every angle of this complex man, but most interesting of all are his cases: the ‘Brides in the Bath’, the Green Bicycle murder, murder at the Savoy, the Poisoning of Mabel Greenwood and the Crumbles murder; the names alone read like an Agatha Christie novel. These cases enthralled the nation, and Smith’s narrative affords us the best seat in the courtroom. One striking photograph, which seems to encapsulate just how the justice system operated in those times, shows a workman laying down sawdust in order to silence the passing traffic; and meantime the public both in and out of the courtroom knew it was Marshall ‘the Great Defender’ who held the brief.

After Marshall’s death in 1927 aged 68, Edward Marjoribanks brought out a wonderful albeit rather romanticised biography which was published in 1929 and went through eleven reprints in three years such was the interest. Since then, however, there has been relatively little on the man himself, though much has been written of his cases.

With the distance of time therefore and its scope, Smith’s book is the definitive work on Marshall, and deservedly so. Nevertheless the last words go to Lord Birkenhead who provided the foreword to Marjoribanks’ 1929 The Life of Sir Edward Marshall Hall (and I’ll leave you to discover Clive Anderson’s entertaining foreword to Smith’s work), which in their proximity convey so much.

‘Courage was Marshall’s outstanding characteristic. He was utterly fearless in what he conceived to be his duty, both as a lawyer and in other, less vicarious parts of life… the elan with which he swept down upon a doubtful jury, brushing aside their prejudices, and persuading them against their will, sometimes possibly against their better judgement into accepting his own sanguine view of his client’s innocence won many a day which a more timorous, if not less skillful advocate must have given up for lost… To watch him in court was an educational process in the study of human nature.’