Edinburgh lawyer who thinks on her feet for laughs 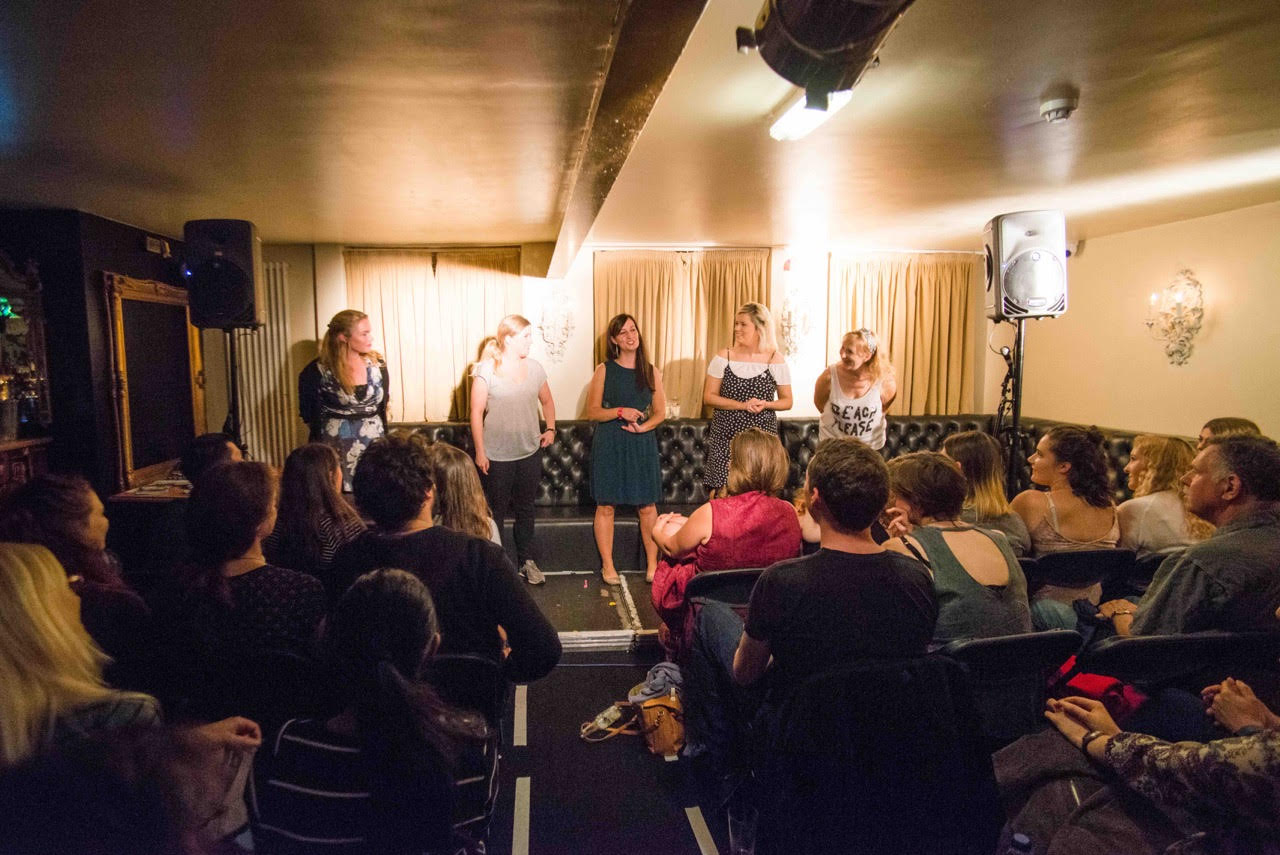 Law is no laughing matter. Yet when Shona White, a real estate associate with Shoosmiths leaves her Edinburgh office at night, comedy is often on her mind.

Her commercial real estate clients may be surprised to learn that the lawyer, who describes herself as “quite reserved in day to day life” spends much of her spare time on the stage as a talented improviser. It’s the form of comedy in which the act (and humour) is unscripted, spontaneous and often based on themes suggested by the theatre audience.

Ms White, who hails from Broughty Ferry and graduated from the University of Glasgow, first got involved in amateur dramatics as a teenager. Back then, she was often cast in comedy roles, including as Widow Twanky in Aladdin. Her friends would remark on her ability to make people laugh but with ambitions to be a lawyer, she is quick to point out that she was never the class clown!

Fast forward to 2016 and in her search for a new ‘out of office’ interest and inspired by the material of US comedy stars Tina Fey and Amy Poehler, she found herself enrolling in an eight-week improv course. As she explained, the course rekindled her passion for acting and improvisation: “On the course I realised I still got the same buzz from performing as I did when I was a teenager.

“Improv is completely different from stand-up. You work as part of a team to create something, so it’s really supportive and you’re in character the majority of the time, which gives you something to hide behind! The course was great fun and it motivated me to find more opportunities within Edinburgh’s ‘improv’ community.”

Today, Ms White is in a number of improvisation groups. This includes Tinderellas, an all-female group that has performed successfully at both the 2017 and 2018 Edinburgh Fringe Festival. When her mind isn’t focused on the serious business of advising clients in the commercial property world, she also regularly performs with I Heard Pillow and Four Folks Ache.

In almost the same breath as describing herself as quite shy and reserved, Ms White admits to feeling perfectly at home on stage with Tinderellas improvising on the theme of dating and relationships. Of course, she admits to pre-stage nerves. “The worst time for nerves is immediately before going on stage but once we start I relax. The stage lights are a blessing in disguise as you often can’t see the audience.

“Conversely, it’s a tremendous buzz to get a big laugh from the audience and to feed off their energy. Everything is made up on the spot. In Tinderellas, we have a format called the Living Room where we sit on stage and chat and then jump into doing scenes when something inspires us.”

At first glance, comedy and law make strange bedfellows yet Ms White believes there are many important skills her hobby can offer the business world.

She explained: “One of the most important skills in improv is active listening; fully understanding and reacting, rather than just waiting for your turn to speak. That’s a skill that I think everyone could benefit from using more of in everyday life.

“Improv is also great for developing greater self-confidence, particularly when tasked with addressing an audience. For anyone who does a lot of public speaking it’s a real boost. It’s a great way to develop team-working skills and there’s also a lot of anecdotal evidence that improv is really good for alleviating stress and anxiety because it ‘gets you out of your head.’ It’s a really fun and inspiring hobby and I would encourage anyone to try a drop-in class to see if it’s for them.”

Shona will soon be back on stage performing with I Heard Pillow at Peter Pancakes Alternative Comedy Night at the Monkey Barrel Comedy Club on 11 March.