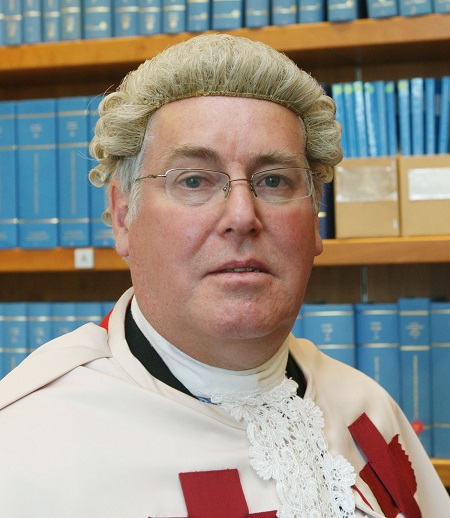 A commercial judge has awarded a former sales representative for a company that sold testing kits a payment of over £245,000 for bonuses accrued over the early stages of the Covid-19 pandemic.

An action was raised by Mast Group Ltd seeking declarator that its employee Patricia Chalmers was not entitled to bonuses she claimed were due for sales between July and October 2020. The defender counterclaimed for those bonuses.

The case was heard by Lord Tyre in the Outer House of the Court of Session. Reid, advocate, appeared for the pursuer and McGuire, advocate, for the defender.

The defender was employed by the pursuer between November 2014 and July 2021 as a technical sales representative and later account manager for a territorial area covering Scotland and the north of England. In addition to her fixed salary, she was entitled to bonuses of up to 5% of the value of additional sales beyond a personal year-end sales target.

At the outset of the pandemic in March 2020, the pursuer received orders from NHS Scotland for the supply of a large number of diagnostic machines and testing kits. As a result, their sales within the defender’s territory were far higher than in previous periods. The company took the decision to remove sales of certain equipment from the calculations from the geographic territories and instead assigned them to the head office account but for technical reasons this change was not fully completed until February 2021.

On 1 May 2020, the defender was informed that the bonus she had claimed for Q3 of financial year 2019-20 would not be paid, and that a new bonus scheme would be applied to Q3 and Q4 because the previous scheme “wasn’t designed to cover this set of circumstances”. The pursuer sought declarators from the court that the term “sales” and related terms in the original bonus scheme only related to products the company was selling as of October 2019 and did not extend to the distribution of Covid-19 testing kits.

Counsel for the pursuer submitted that, properly construed, the references to “sales” and “achieved” in the bonus scheme fell to be construed as references to instances where a customer had chosen to purchase a product as a result of the account manager’s efforts. Sales of the testing equipment had been achieved in a different manner due to the unforeseen circumstances arising from a global pandemic.

It was the defender’s evidence that she had been a practical participant in the sale of equipment and kits made by Korean company Seegene to NHS Scotland. In any event, there was no evidential foundation for the pursuer’s construction of the bonus scheme, and there was clear evidence that she had played a role in persuading NHS Scotland to purchase Seegene products for use in relation to Covid.

In his decision, Lord Tyre said of the bonus scheme’s construction: “I reject the pursuer’s proposition that the expression ‘achieved sales’ and similar expressions are to be construed as restricting the account manager’s bonus entitlement to circumstances in which his or her efforts have led directly to a sale. There was no evidence of any process of enquiry ever having been carried out by the company, in the context of bonus entitlement, as to how or by consequence of whose efforts a sale in a territory had been achieved; Ms Chalmers’ evidence, which I accept, was that there never was such enquiry.”

Examining the defender’s role in achieving sales, he noted: “A key aspect of the company’s success in obtaining the Covid business from NHS Scotland was the fact that a testing machine was in situ at Edinburgh Royal Infirmary at the time of the outbreak. That was, at least in part, due to the previous sales efforts of Ms Chalmers in relation to use of the machine for HPV testing, including the maintenance of relationships with virologists who were opinion leaders as regards the utility of the company’s products.”

He added: “Although the machine supplied to NHS Scotland was being used for a particular purpose, it was a known feature of the machine that it could be used for different types of diagnostic testing. There was nothing intrinsically novel about its use in connection with the Covid virus: it simply required a different and newly-developed test kit.”

Lord Tyre concluded: “Properly construed, the parties’ agreement provides for a bonus entitlement calculated on an arithmetic basis. That was the way equivalent contracts had been operated in previous years. With the exception of the bonus target set by the sales director, each of the elements of the calculation was objectively derived from actual sales figures for the territory in question and required no judgement of the value or extent of the account manager’s contribution. For reasons already stated, a contrary interpretation would lack commercial common sense.”

The pursuer’s pleas were therefore repelled, with Lord Tyre granting decree for payment by the pursuer to the defender of the sum of £245,274.75.