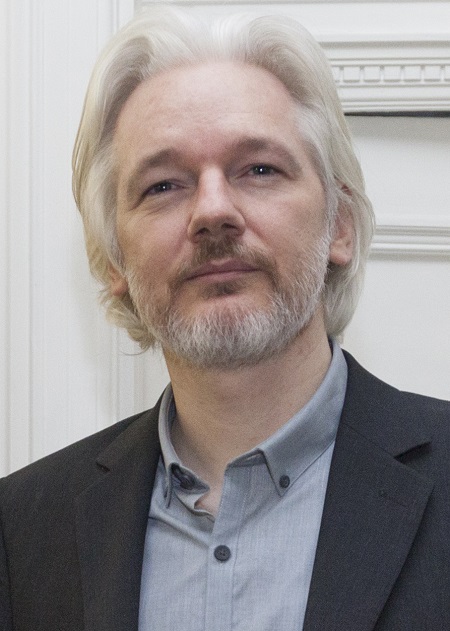 Wikileaks founder Julian Assange (pictured) is to address a conference of lawyers in Glasgow via video link from the Ecuadorian Embassy in London this week.

Mr Assange, who has spent the past 34 months in the embassy building after he claimed asylum, is to discuss how mass data gathering infringes privacy in the digital age.

He faces arrest the second he leaves the embassy as Sweden seeks to extradite him on sexual offence allegations.

Mr Assange will speak at the Commonwealth Law Conference held in the Scottish Exhibition and Conference Centre tomorrow, joining a panel on “International intelligence gathering, abuse of power and privacy”.

Other panel members include Adriana Edmeades, of Privacy International and Jennifer Robinson, an Australian human rights lawyer who represented Wikileaks after the US put pressure on it.

Mr Assange has been in the embassy since 2012 and has said he is likely to remain there for some time yet.

Swedish authorities are looking to question him about alleges sexual offences against two women there.

However, Mr Assange said he thinks the Swedish claims may be used to ultimately extradite him to the US on espionage charges.

Swedish prosecutors agreed to interview Mr Assange in the embassy where he lives in a small room.

His lawyer Per Samuelson said last month said: “This is what we have been asking for over four years. It gives Mr Assange the chance to clear his name.”

American authorities have already imprisoned the person who leaked Wikileaks’ major stories, among them logs from the war in Afghanistan.

Chelsea Manning, formerly Bradley Manning, was given 35 years in prison.