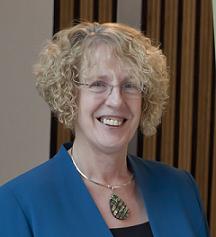 A bill to create a duty to provide crisis grants for people on low incomes and to support independent living has been passed by the Scottish parliament.

The passing of the Welfare Funds (Scotland) Bill will make the Scottish Welfare Fund a permanent, statutory scheme.

The Scottish government has operated an interim fund since the social fund was abolished by the UK government in 2013 and the bill will put that arrangement into legislation.

Welcoming the passing of the bill, welfare minister Margaret Burgess (pictured) said: “The Welfare Funds (Scotland) Bill provides a permanent and reliable safety net for people on low incomes. It places the Scottish Welfare Fund into law, helping vulnerable people in crisis or enabling people to live independently and preventing the need for institutional care.

“This is the first bill dealing with welfare to go through the Scottish Parliament, and we have demonstrated a long-term commitment to the Scottish Welfare Fund, in direct contrast to the position in England where there is no equivalent, systematic local welfare scheme in operation.

“The Scottish Government has placed respect for and dignity of applicants on the face of the bill, which sends a strong signal for people who need to use the Scottish Welfare Fund and will guide our approach to the new welfare powers coming to Scotland.

“The bill’s passing comes in the same week as the Welfare Reform Committee highlighted the scale of the damage inflicted by the UK government’s austerity agenda, with lone parents with dependent children set to lose an average of around £1,800 a year from their income stream. Whilst we cannot fully mitigate all the effects of welfare changes, I am proud to be part of a government which is taking a distinctive approach to protect vulnerable people in Scotland.

“The approach to this bill has been largely consensual and I look forward to working with members of all parties to ensure the regulations and guidance under the bill help to deliver the best possible outcomes for welfare fund applicants.”