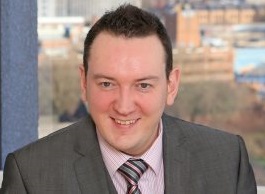 A new alcohol bill at Holyrood has come under fire from licensing lawyers and figures in the trade who say the proliferation of licensing law “beggars belief” and is “a disgrace”.

The Alcohol (Licensing, Public Health and Criminal Justice) (Scotland) Bill, introduced on April 1 by Labour MSP Richard Simpson, has been described by those in the licensed trade as “failing to tackle the real issues affecting the on-trade”.

The bill includes a ban on caffeinated alcoholic drinks as well as restrictions on advertising in off-trade premises.

It also removes boards’ power to put the alcohol purchase age up to 21 for certain off-sales.

In addition, it would close a loophole allowing multiple multi-packs to be sold at a discount; it would bring in drinking banning orders; and it would enlarge the neighbour notification zone for major variation and new applications from four metres to 50 metres.

It makes another proposal lawyers have said will delay the processing of applications – it would double the amount of time a site notice must be displayed to 42 days.

The bill is the sixth piece of legislation on licensing since the Licensing (Scotland) Act 2005 became law, taking into account the Air Weapons and Licensing Bill which is progressing through the Scottish parliament and theAlcohol (Minimum Pricing) Act 2012 which is currently being challenged.

Lawyers said the amount of licensing legislation – 30 sets of regulations and at least 32 licensing board policy statements – has created problems.

He added: “The bill, if passed, would become the sixth primary piece of legislation to impact on licensing law in Scotland since 2009.

“Surely this is beyond parody? How can a licence holder or member of the public possibly be expected to grasp the law, scattered as it is across so many sources?”

The Scottish Licensed Trade Association chief executive Paul Waterson said: “This is the Labour party trying to get a foothold here and introduce even more legislation. It’s difficult enough to get to grips with all the legislation.

“There’s nothing to attempt to redress the balance of where people are drinking. They should have come out and said something about issues like overprovision and minimum pricing.”