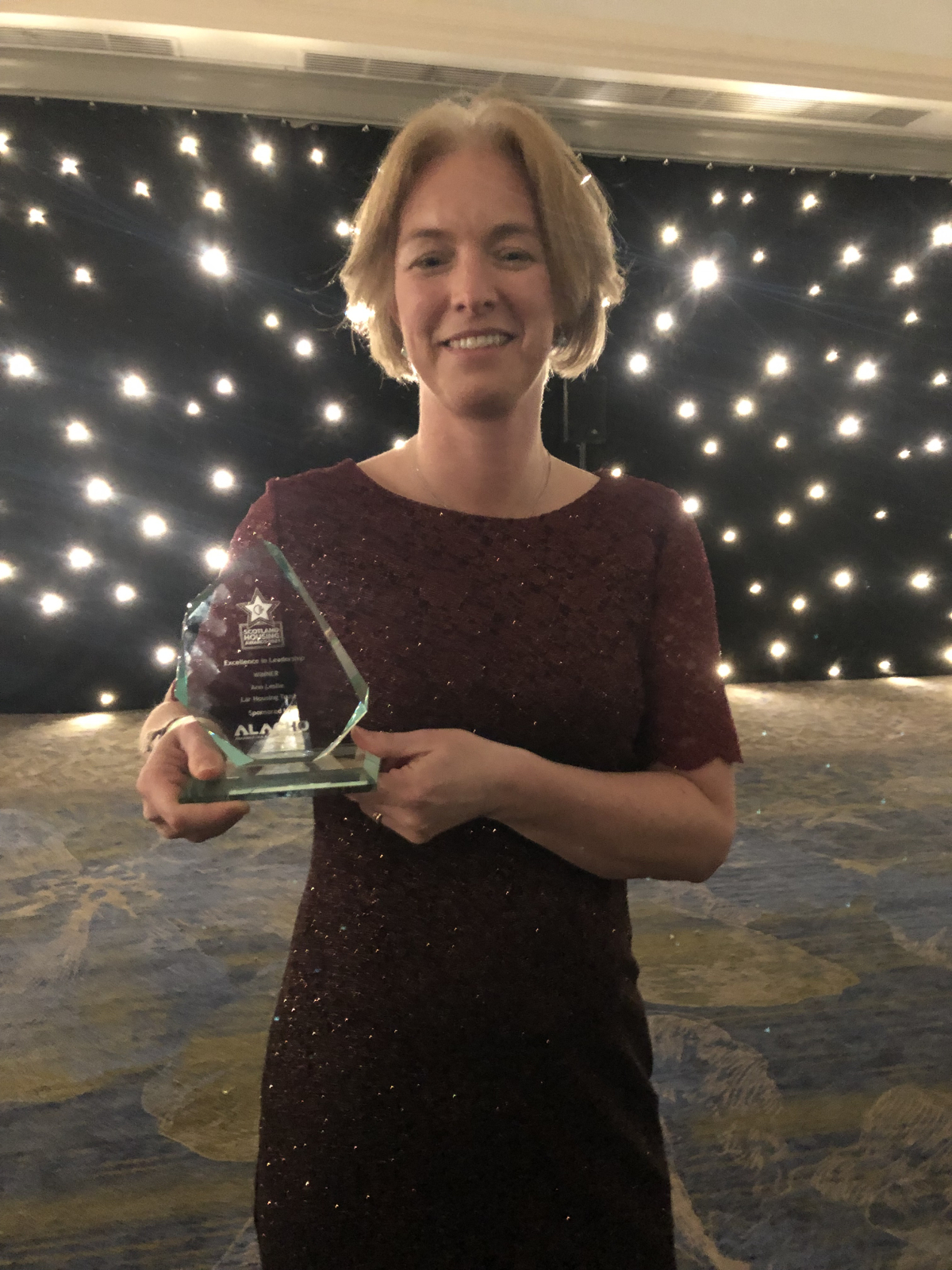 Lar Housing Trust’s chief executive, Ann Leslie, a former partner at MacRoberts, has won an award for her work in Scotland’s housing sector.

Fife-based Lar is a charity that provides mid-market rental homes across Scotland and Ms Leslie has just scooped the award for Excellence in Leadership at the Chartered Institute of Housing (CIH) Scotland annual awards scheme.

She said: “I’m truly honoured and flattered to have received this award, but it is really a reflection of the work and effort from the entire Lar team. From a standing start just six years ago we now have over 40 sites around the country and we are helping to tackle a severe shortage of quality affordable homes in Scotland.”

Lar launched in 2015 with a £55 million loan from the Scottish government and subsequently secured a further £65 million of private finance to buy and develop sites.

He said: “Ann really is an inspirational leader and during her tenure at Lar she has delivered an outstanding track record of year-on-year growth as well as developing a very strong team around her. She’s very modest about her achievements, but she is a powerhouse of a leader. She thoroughly deserves this recognition and accolade.”

The CIH ceremony took place at a dinner in Glasgow on last night attended by key players from across the housing sector.