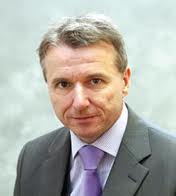 A top advocate has launched an attack against Scottish government proposals to end automatic early release for long-term prisoners, saying the SNP has adopted a “bogus, populist position” that will not improve public safety.

Brian McConnachie QC (pictured), former principal advocate depute at the Crown Office and ex-chairman of the Faculty of Advocates Criminal Bar Association said the policy was “pure electioneering” on the part of the Scottish ministers – playing to common misconceptions about the justice system.

The first minister Nicola Sturgeon said she wants to bring an end to the current practice whereby those sentenced to four or more years are release two-thirds of the way through their sentence. They then serve the rest of their sentence in the community on license – a move which could see hundreds of criminals spending more time behind bars.

Under the proposed scheme, prisoners would only be released early with the approval of the parole board.

Experts have been critical of the bill currently going through the Scottish parliament, saying there is little evidence that imprisoning people for longer periods stops them from committing more offences on release.

In addition, there are concerns that supervision periods in the community will be insufficient to allow prisoners to effectively re-integrate into society.

Mr McConnachie said: “If you force someone to serve all of an eight year sentence, then you say ‘that’s eight years up, cheerio,’ then what do they do next and what control do you have over them?

“What are they trying to achieve here? Truth be told, it’s not protection of the public that’s really the issue.

“This is an effort to go to the public and say ‘we stopped this, we have kept people in custody’.

“But it’s a bogus, short-term, populist measure so they can claim to be the party of law and order. It’s a shallow attempt at that – pure electioneering.”

The justice secretary Michael Matheson has suggested that a mandatory three to six months of community supervision would be served by prisoners at the end of their sentence, following concerns over the repercussions of “cold release”.

However, Mr McConnachie warned this period was too short.

He added: “Let’s say they don’t co-operate, is that going to be a criminal offence? Returning them to jail for just a few months isn’t much of a sanction.

“The system, as it currently stands, works as well as any.

“Like a great many things this government has done, very little thought has gone in to it.

“They go through the motions of asking so-called experts, then they ignore them.

“Prison is not just about punishment, that’s part of it but it’s ultimately about trying to rehabilitate someone.”

Mr Matheson said this week the plan would safeguard the public, adding that offenders released after parole board approval were seven times less likely to offend again than those subject to automatic early release.

A Scottish government spokesman said: “The focus of this bill is to improve public safety.

“Our legislation means the independent Parole Board will have the powers to determine whether a long-term prisoner should be authorised for release and the appropriate period of supervision in the community.”