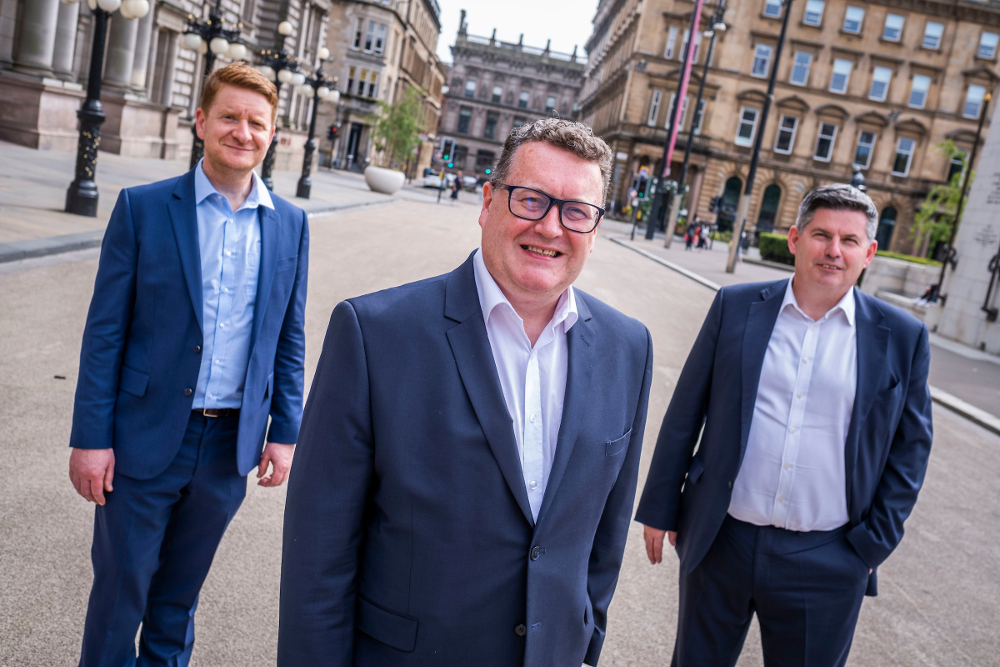 Tom McEntegart has joined Anderson Strathern as a partner in the firm’s Glasgow office.

He brings over two decades of experience in advising SMEs and corporates on banking, property, licensing and commercial disputes, and joins from TLT where he was previously its head of Scotland, having overseen Anderson Fyfe’s merger with TLT in 2012.

Mr McEntegart, a University of Strathclyde law graduate, was admitted as a solicitor advocate in 2003, and is a Royal Institution of Chartered Surveyors-accredited evaluative mediator. As a partner at Anderson Strathern, he will support, develop, and help to expand the firm’s dispute resolution team, while working alongside other areas of the firm, including the employment, banking, and corporate teams.

Bruce Farquhar, chair, Anderson Strathern, said: “Tom is a great hire for the firm, both in terms of his commercial dispute experience and his track record in building high-performing teams within a UK-wide law firm.”

Mr McEntegart said: “Anderson Strathern is an independent Scottish law firm with a modern approach, great people, talented lawyers, and a fantastic client base, and I look forward to playing an active part in the firm’s continuing success.”

In a separate hire, Mark Templeton has joined the firm as a director and head of immigration. Mr Templeton moves from specialist immigration law firm Quinn, Martin & Langan, and will work alongside existing team members to grow the firm’s immigration practice.

Murray McCall, managing partner, Anderson Strathern said: “Mark has worked in immigration law for many years, and is a well-known and much respected lawyer in a specialist area that is growing significantly post-Brexit. We see a lot of demand in this area, for both businesses and private individuals and it’s another important hire for the firm and for our clients.”

In February, Anderson Strathern reported revenue of £26.2 million in the year to 31st August 2021, up from £23.3 million in the previous financial year.

In April 2021, the firm announced its latest acquisition, a merger with Shetland-based Neil Risk Solicitor and Estate Agents.