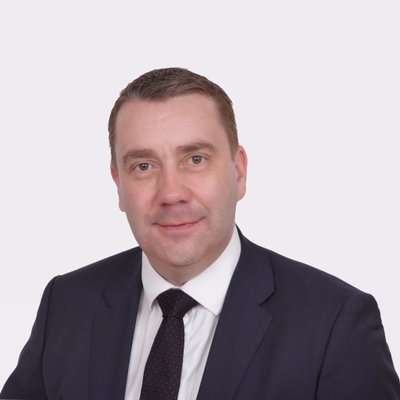 Moir and Sweeney Litigation partner Ian Moir is well known as a vociferous defender of legal aid, with his role as co-convenor of the Law Society of Scotland’s legal aid committee seeing him lobby hard on behalf of colleagues who make a living doing publicly funded work.

As part of that he helped negotiate a three per cent fee rise that came into effect last year and was also a member of the 13-strong advisory panel established by the Scottish government to find a more progressive way of setting fees in the future. That group’s final meeting, scheduled to take place last month, had to be postponed due to the coronavirus outbreak.

Now, with the pandemic forcing the closure of courts to all but essential business, Mr Moir is facing his biggest challenge yet: finding ways to ensure firms whose income is derived from court work can survive.

“The biggest thing I felt we needed to do to help firms survive, given the tight margins legal aid firms operate under and that cases are going to be off for months, was to abolish the no interim fee rule,” he says.

“We were able to get that concession from the [Scottish Legal Aid Board] and the Scottish government. They moved quickly on that and it’s going to be absolutely critical to getting a lot of firms through that otherwise wouldn’t survive this.”

The change means that on summary cases solicitors can claim their fixed fees now rather than having to wait for adjourned matters to conclude. On more serious cases, where solicitors receive block fees but also bill at the end of a trial for specific work done, fees for anything done to date are also being paid.

Mr Moir believes these measures should “be enough to get people through”, though he notes that with no new jury trials currently getting under way, the resultant reduction in business means an extended lockdown could still prove disastrous.

A plan unveiled by the Scottish government at the end of March had suggested criminal trials could go ahead in front of sheriffs and judges only, but it was quickly shelved in the face of mass opposition from the legal sector. Though the proposal, which had the backing of Lord Justice General Lord Carloway, was floated as a means of keeping the justice system moving, lawyers were united in the view that it would be an affront to justice.

With the plan due to come back before ministers on April 21, Mr Moir is part of a group working against the clock to come up with a viable alternative.

“We’re working on finding a safe way of running jury trials - the plan is to have something out to government so they can draft a new bill to allow for it,” he explains. “If we can’t come up with something that’s workable they will bring the [original] bill back.”

While it is clear that jury trials cannot operate as long as strict lockdown measures are in place, Mr Moir says the group is looking at ways of selecting juries without requiring large numbers of candidates to gather together first and at ways of ensuring panels of 15 people can be spaced in court rooms that vary in size up and down the country.

“We want a simple, effective, practical solution that can be used immediately,” Mr Moir says.

“My own feeling at the moment is that it would be unrealistic to run jury trials while we’re in lockdown - this is with a view that when we’re in an environment of social distancing we can straight away start running High Court and Sheriff Court trials again. I’m confident we’ll come up with a workable solution, subject to medical advice on when it can get started.

“Jury trials have been a fundamental part of the Scottish justice system for centuries and justice has to be preserved. The Lockerbie trial was heard without a jury and we’re still dealing with posthumous appeals decades later.”

In the meantime, Mr Moir is being kept busy attending to the small number of matters that are still being heard in the courts while his colleagues at Moir and Sweeney Litigation work from their own homes. When normal service resumes, his attention will return to fighting for a new legal aid fee regime, though he admits that it will be many more months before any of the recommendations the Legal Aid Payment Advisory Panel had been gearing up to make see the light of day.

“That has been postponed indefinitely, which is very frustrating,” he says. “We’d been working night and day on this over the past year but it will be many months after [lockdown ends] before any recommendations will be in effect.

“Our meetings were always constructive, but whether that translates into a substantial increase in fees or regular uprating only time will tell.”