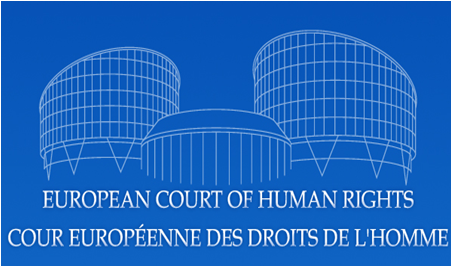 The Convention rights of three Pakistani nationals were not violated after they were detained by UK authorities for 13 days without charge the European Court of Human Rights has ruled.

The applicants were arrested and detained in the context of a counterterrorism operation. After 13 days they were released without charge.

During that period they were brought twice before a court with warrants for their further detention being granted. They were then taken into immigration detention and have since voluntarily returned to Pakistan.

In their complaints before the court, they alleged in particular that they had been denied an adversarial procedure during the hearings on requests for prolongation of their detention because certain evidence in favour of their continued detention had been withheld from them and that one such hearing had been held for a short period in closed session.

They also complained about the search of their homes during their detention.

The court accepted that the UK authorities had suspected an imminent terrorist attack and had launched an extremely complex investigation aimed at thwarting it.

Reiterating that terrorism fell into a special category, it held that article 5 § 4 could not be used to prevent the use of a closed hearing or to place disproportionate difficulties in the way of police authorities in taking effective measures to counter terrorism.

In the applicants’ case, the threat of an imminent terrorist attack and national security considerations had justified restrictions on the applicants’ right to adversarial proceedings concerning the warrants for their further detention.

Similarly, the court found that the fight against terrorism and the urgency of the situation had justified a search of the applicants’ homes pursuant to a search warrant framed in relatively broad terms.

Moreover, there had been sufficient safeguards against the risk of arbitrariness both in respect of the proceedings for warrants of further detention, in the form of a legal framework setting out clear and detailed procedural rules, as well as in respect of the search warrants, which had been issued by a judge, without the applicants suggesting that there had been no reasonable grounds for doing so.

The applicants, Sultan Sher, Mohammed Rizwan Sharif and Mohammed Umer Farooq, were Pakistani nationals who were born in 1987, 1980, and 1983 respectively.

The applicants previously resided in the UK on student visas and now live in Pakistan.

On 8 April 2009 the applicants were all arrested in various locations in the North West of England under the Terrorism Act 2000 on suspicion of being involved in the commission, preparation and instigation of acts of terrorism.

Following a series of interviews and briefings and searches of the applicants’ homes a hearing took place before the Magistrates Court on 10 April to consider an application for further detention of the applicants after the expiry of the initial 48-hour period permitted by the legislation. An extension was granted and, later further detention was granted.

On 21 April 2009, the applicants were released without charge.

On 26 June 2009, the applicants commenced judicial review proceedings challenging the legality of their treatment between 8 and 21 April 2009.

In particular, they alleged that they had not been provided with sufficient information at the time of arrest or during their detention as to the nature of the allegations against them.

Furthermore, they alleged that the closed procedure permitted in hearing the application for warrants of further detention was unfair.

Finally, they argued that the searches of their homes had been unlawful as the terms of warrant were too wide and the search had been carried out over a number of days despite the warrant allowing a search “on one occasion” only.

On 21 July 2009, the judge refused the applicants permission to apply for judicial review.

The court accepted that the threat of an imminent terrorist attack had justified restrictions on the applicants’ Article 5 § 4 rights.

Reiterating that terrorism fell into a special category, it held that article 5 § 4 could not preclude the use of a closed court hearing - in the absence of the detainee or his lawyer - for the submission of confidential sources of information supporting the authorities’ line of investigation.

Article 5 § 4 could not be applied in such a manner as to put disproportionate difficulties in the way of police authorities in taking effective measures to counter organised terrorism.

Moreover, the legal framework under Schedule 8 of the Terrorism Act 2000governing proceedings for warrants of further detention had set out clear and detailed procedural rules enabling the applicants to know the nature of the allegations against them and, with legal representation, to have the opportunity to refute those allegations, and to participate effectively in proceedings concerning their continued detention.

Furthermore, the applicants and their legal advisers had been given reasons for the withholding of certain information. The information to be withheld had been limited to the further inquiries to be conducted, and had been submitted to a judge who, in closed session, had been able to ensure that no material had been unnecessarily withheld from the applicants and to determine, in their interests, whether there had been reasonable grounds for believing that their further detention had been necessary.

Indeed, even in the absence of express provision in the relevant law, the judge had had the power to appoint a special advocate if he considered such appointment necessary to secure the fairness of the proceedings.

Significantly, the applicants had not requested the appointment of a special advocate.

There had therefore been no violation of article 5 § 4 of the Convention.

In relation to article 8 the court acknowledged that the search warrant had been relatively broad, authorising the search and seizure of correspondence, books, electronic equipment and numerous other items.

However, in the court’s view, the fight against terrorism and the urgency of the situation could justify a search based on such broad terms. In cases of this nature, the authorities had to be permitted some flexibility to assess, on the basis of what was found during a search, which items could be linked to terrorist activities and to seize them for further examination.

As to the existence of safeguards against the risk of arbitrariness, it noted that the warrant had been issued by a judge and that the applicants had not argued that there were no reasonable grounds for granting the warrant.

Moreover, it had been open to the applicants to lodge a judicial review action or to claim damages in respect of any specific item seized during the search.

There had therefore been no violation of article 8.