Supreme Court to sit in Manchester for first time 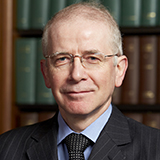 The Supreme Court will sit in Manchester next March, Lord Reed has announced.

The sitting in Manchester will be the first time the court has ever sat outside one of the four UK capital cities. Three cases will be heard when the court, whose permanent home is in central London, sits at the Manchester Civil Justice Centre.

Lord Reed will be joined by four other Supreme Court justices for the hearings, which will take place between 6 and 9 March 2023.

Announcing the visit, Lord Reed said: “I am delighted that the Supreme Court will be sitting in Manchester next spring. As the final court of appeal for the United Kingdom, we hear cases of profound importance to everyone across the country.

“My colleagues and I strongly believe that the experience of attending a court hearing in person should not be limited to those able to get to London. We have previously sat in Edinburgh, Cardiff and Belfast and I am very pleased that people in Manchester and across the North-West will have the opportunity to see the Court in operation locally.

“The Supreme Court is committed to being one of the most open and accessible courts in the world and, like all our hearings, the cases we hear in Manchester will be live streamed via our website for everyone who cannot get to see us in person.”

His Honour Judge Bird said: “I am delighted to welcome the Supreme Court to Manchester. We are proud that the North-West has been chosen as the first place outside a UK capital to host a Supreme Court sitting.

“Accessible justice matters to everyone and I hope that having the Supreme Court at the Manchester Civic Justice Centre will encourage more people to take an interest in justice both locally and nationally.”