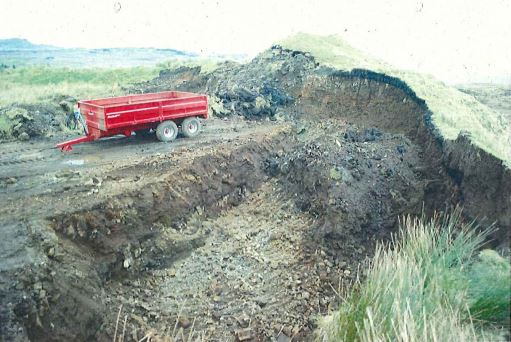 A farmer who destroyed an ancient cairn to use as topsoil has been fined £18,000.

Duncan MacInnes used the earth from Upper Tote Cairn in the north of Skye to help with a building project elsewhere on his land.

The 59-year-old pleaded guilty to damaging the protected monument when he appeared at Portree Sheriff Court on 25 August. On Tuesday, he was fined £18,000.

Mr MacInnes owns the land next to the A855 near Upper Tote on Skye where the Upper Tote Cairn stands.

Historic Environment Scotland (HES) had written to Mr MacInnes on three separate occasions about the existence of the cairn, with the most recent letter being sent in 2015. The agency also carried out routine site visits every ten years.

Mr MacInnes excavated part of the ancient monument between 1 and 12 December 2018. He was building a shed elsewhere on his land and needed topsoil.

Andy Shanks, procurator fiscal for Grampian, Highlands and Islands, said: “As the owner of the land this ancient monument sits on, it was Duncan MacInnes’ duty to help protect it. Instead, he showed a complete disregard for its importance when he dug for soil and damaged Upper Tote Cairn.

“This prosecution shows how seriously COPFS takes these crimes, and we will continue to work with Historic Environment Scotland and other partners to make sure Scotland’s history is preserved.”